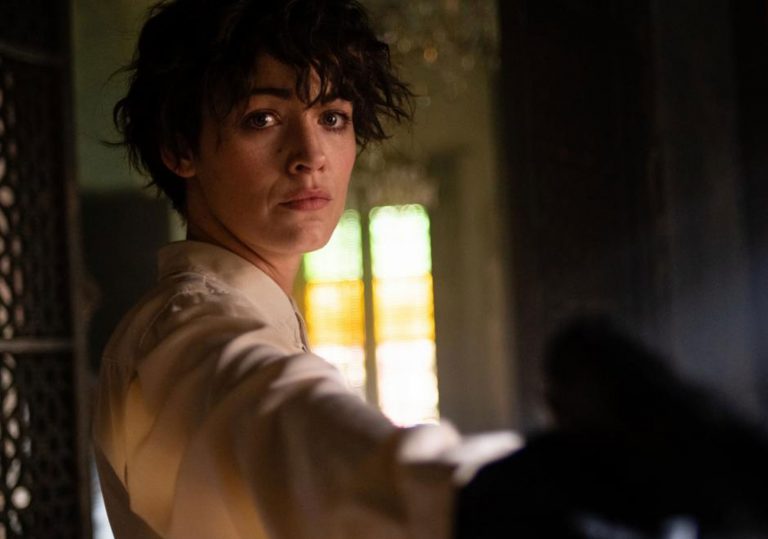 Blake Lively did lay claim to the paperback potboiler with A Simple Favor.

In 2018, the film Red Sparrow attempted to reintroduce Jennifer Lawrence to the public as a sexy, sleek, serious superspy with unmatched combat skills and a dark backstory to match. She and her star vehicle failed in this endeavour, but Reed Morano believes that with some tinkering here and there, she may be able to succeed in doing the same thing for Blake Lively with The Rhythm Section.

Lively’s latest launchpad comes to us from EON Productions, one of only three non-James Bond releases fronted by the company in its near 60-year history. While they’re certainly angling to corner the same market, avenging angel Stephanie Patrick cuts a decidedly rougher profile than 007.

The script joins her in dire straits, blowing all of the money earned from sex work in dingy hotel rooms on a drug dependency represented via over-the-top topsy-turviness. How did she go from top of her class at Oxford to a “cliché,” as her sensei Iain (Jude Law) phrases what doubles as a metacinematic self-own? Everything changed when her family died in a plane crash that, if some counterterrorism intel is to be trusted, may not have been an accident.

And so our gal is thrust onto the warpath, chewed up and spat out and reborn as a single-minded rampaging force of retribution. It all sounds like foolproof place-setting, and yet in practice Morano’s lack of facility as a storyteller leaves the handful of bravura action set-pieces with nothing to connect them.

Stephanie can sharpshoot, take a punch and dish out general punishment with the best of them. But without any tangible sense of who she is, her soul-deep mission to exact revenge comes off as shallow and unimportant, a feeling only reinforced by a fizzling ending. As the concluding scenes would have it, this journey has been all about Stephanie remembering who she is, but from where the audience sits, she’s not much of anyone.

Morano does what she can to draw the pain out of the fight scenes that become the de facto main attraction, cranking up the foley effects on each slam to convey maximum impact. A close-up lingers on Stephanie’s gashed hand after she gets on the wrong side of a broken window, and the bandage doesn’t magic itself away by the next scene.

Lively communicates this frailty through her performance as well, her entire body wracked with convulsive shivers as she wades into a symbolic ice-cold lake during her training. That moment in particular illustrates that while the physical component has been integrated ably – the film’s never better than during a one-take car chase aping the similar sequence from Children of Men – Stephanie’s bland, indistinct rise can’t meet it halfway.

She works her way up the vaguely Middle Eastern cell responsible for the plane hijacking, each villain less of a person than the next. The film takes nothing more than a perfunctory interest in whether Marc (Sterling K Brown) will be Stephanie’s ally, lover, or something more. When she finally dispatches the final boss terrorist, it lands with the impact of any other plot point. She’s a mannequin going through the motions assigned to her, and while Lively may wear the archetype more comfortably than the expensive lingerie necessitated by her new profession, she lacks a statement piece.

There’s nothing to set her apart from the other morose-faced femme fatales doing the old seduce-and-destroy. The old joke about James Bond was that such a memorable, instantly iconic character could never pull off the incognito part of going undercover; Stephanie won’t have a similar problem.

Blake Lively did lay claim to the paperback potboiler with A Simple Favor. 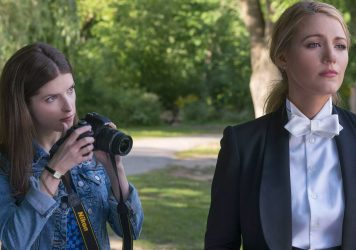