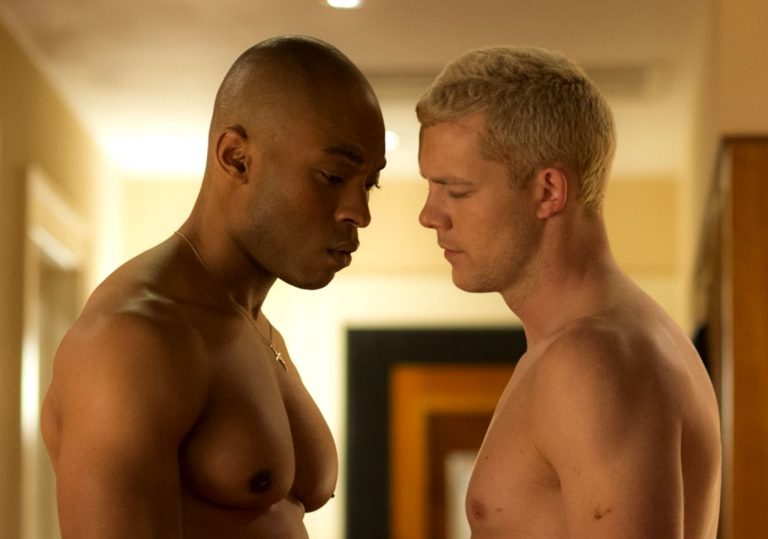 A topical issue in dire need of exploration.

Finally, a film set in the world of modern football that is actually worth watching.

“Of course I’m not gay, look at me. I’m a footballer.” This is a film that tackles a huge issue in football right now: homosexuality. Eight per cent of fans have admitted that they would stop supporting their team if a player was revealed to be gay. Director Ben A Williams explores the lingering taboo of a closeted top-flight footballer named Jason (brilliantly played by Russell Tovey) with great nuance.

Download The Pass now via iTunes or buy the DVD at amazon.co.uk

The film follows the diverging stories of two academy players, one being Jason and the other Ade (Arinzé Kene), as they manoeuvre through their professional and personal lives. An incident occurs between the two of them the night before a potentially career-making Champions League game, which is delicately revealed through the central narrative.

An intensity grows as the story expands out over 10 years starting in 2006, with the entire film taking place in only three separate locations, two hotel rooms and an apartment. This sense of claustrophobia reflects the intense pressure Jason is under – struggling with his sexuality which, throughout his entire footballing career, has caused him to make erratic decisions and see his talent diminish before his eyes.

It is not just the struggle of homosexuality he has to deal with it’s the pressure of being a footballer in his twilight years, where he is stuck in the past and can’t see himself adapting to his imminent post-football life. There is an awareness of the lack of black managers in football, with Ade choosing a career in his retirement completely separate from the footballing world because of the lack of opportunity for ethnic minorities who wish to gain coaching badges.

This is a truly refreshing film that will hopefully provide a much-needed boost to the number of players who feel it is taboo to be openly gay in football. Although the dialogue is sometimes a little forced, this is a football-orientated film that couldn’t be further from the corny “unlikely hero” stories that seem to dominate the market.

A topical issue in dire need of exploration.