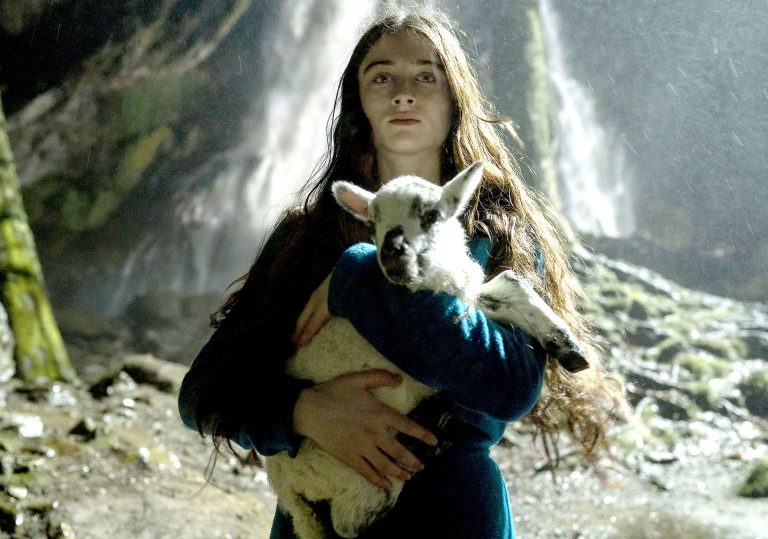 Raffey Cassidy was terrific in The Killing of a Sacred Deer.

Disturbing acts of violence to women and animals intercut with periods of excruciating silence.

When The Other Lamb screened at the 2019 San Sebastián Film Festival, there was a young woman who watched the whole film through the lens of her iPhone. She wasn’t recording, just posting stills decorated with ‘OMG’ and ‘WOW’ on social media.

Normally you’d tap them on the shoulder and politely ask them to stop, but that’s rather futile when most of the audience are also dipping their phones up and down to photograph the screen. The Other Lamb is an Instagram story, a sequence of hotspot photoshoots edited into a barely coherent stream of consciousness. It is interminably banal.

Filmed on location in the Irish countryside, the film’s landscape shots are nicely captured by cinematographer Michał Englert. They provide some respite from the otherwise nauseating turbulence inflicted by the unsteady camera, now in low angle from the muddy grass, halfway up Michiel Huisman’s hairy nose. The Other Lamb immediately displays a propensity for style over emotive substance and empathetic characters.

That’s not to say there aren’t emotions on display in The Other Lamb – nary a scene goes by without someone doing their best banshee-wail or showing off their ability to balance a single tear on their cheek. The female cult led by Huisman’s Christ-like patriarch, literally credited as ‘Shepherd’, presents as an amateur theatre group going wild in the woods, their bloody tantrums repeatedly captured in slow-motion as if things needed dragging out any longer.

The entourage of newcomers are led by Raffey Cassidy as Selah, whose performance in Yorgos Lanthimos’ The Killing of a Sacred Deer had seemed promising for a career in horror. Here she’s just beaten around by Shepherd, gagged and raped without any tangible comeuppance for the film not to feel misogynistic itself.

It’s possible director Małgorzata Szumowska felt she was giving her female characters real agency. Among the opaque cuts to floating cloths and a melted Barbie doll we see Selah fantasise about killing Shepherd. The Other Lamb mistakes the idea of revolution for the action itself – the mental seed of rebellion is not strong enough in itself to overcome oppression.

There’s plenty of blood and guts – too much – with some stomach-churning acts of animal violence. The film seems to be trying to say something about the dangers of making menstruation taboo, but in its exaggerated pointedness it only makes menstrual blood seem more macabre than it really is. As Greta Gerwig’s character shows in Mike Mills’ 20th Century Women, just talking about it openly is enough.

Therein lies the greatest fault of The Other Lamb – convinced it’s making a profound comment on patriarchy, it ends up saying nothing at all. To revel in themes of sexual assault and incest plays to a misogynistic form of narrative pleasure upon which horror films thrive. Rather than critiquing practices it purports to condemn, The Other Lamb becomes party to the evils it depicts. Perhaps it’s for the best people at the screening were too busy photographing the pretty landscapes to take its message to heart.

Raffey Cassidy was terrific in The Killing of a Sacred Deer.

Disturbing acts of violence to women and animals intercut with periods of excruciating silence. 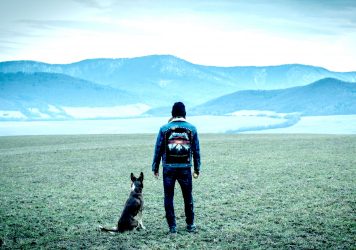