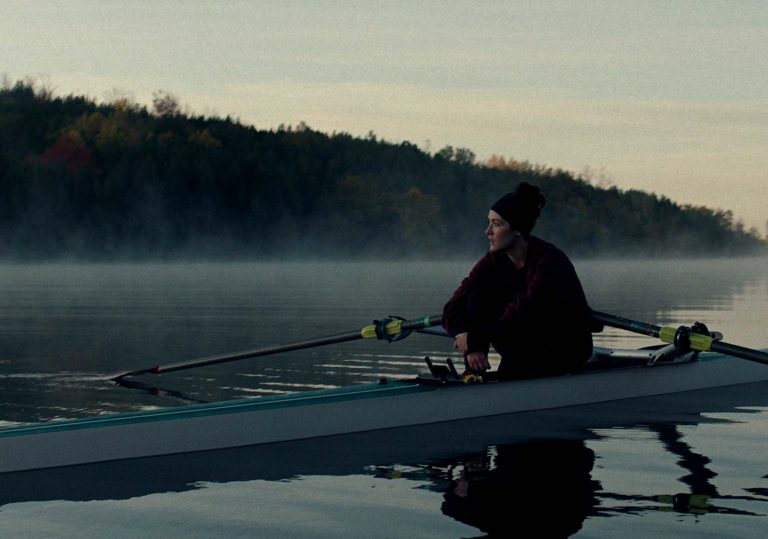 A hard hitting look inside the body and mind of a compulsive perfectionist.

Makes you want to attend an actual regatta.

The lines between character study, psychological thriller and sports drama are blurred in Lauren Hadaway’s debut fiction feature which focuses on college freshman Alex Dall (Isabelle Fuhrman) as she joins the rowing team of a fictional Northeast school.

As with everything else in her life, she has to prove her worth through hard work, which always results in her shattering limits, expectations and – often – her physical and psychological well-being. As Dall – referred to by her surname according to varsity sports etiquette – trains in order to master this sport, she starts seeing teammates and social relationships as obstacles to her success, at first as a solo rower and later as a team member once the girls have completed training.

The apparent happiness she experiences when she’s around her teaching assistant-turned-girlfriend Dani, or when surrounded by the sheer beauty of nature while out rowing in the quiet, misty hours of the morning, is fleeting. And everything comes crashing down as focus shifts to the next competition, over and over again.

Hadaway previously worked in the sound department for the likes of Quentin Tarantino, Zack Snyder and Damien Chazelle, and her skill is as obvious as the sweat pearling at Dall’s every pore. The sound design throughout the film shapes the narrative, maybe in a more major way than the dialogue or actions that unfold on the screen. The school mascot, a raven, caws and croaks as Dall pushes herself past her limits. Tape rips between her teeth as she prepares rows of strips to cover her open wounds. The interior of her body is turned inside out so we hear her every breath, heartbeat and rush of adrenaline.

Hadaway paints a deep portrait of mental struggles that soon overflow onto the main character’s body, from the peeling bloody skin of her hands to her slashed ribs. Where can, or will, Dall draw the line? While we are kept on the edge of our seat, wondering if she will ever cross the line regarding her teammates, a line that would turn this film into a fully fleshed horror, the only person she truly hurts is herself, in more ways than one.

“You do it not because it’s easy but because it’s hard”, Dani tells her during one of the most intense scenes. Her observation turns out to be the most resonant and truthful statements of the film. Dall reaches for beyond the stars not because she wants to, but because she has to. Proving yourself as worthy among silver spooned or just plain lucky people, when compulsive obsessions crawl inside your brain like the crab we see in flashes throughout Dall’s journey, is not a want but a need. It’s survival.

A hard hitting look inside the body and mind of a compulsive perfectionist.

Makes you want to attend an actual regatta.