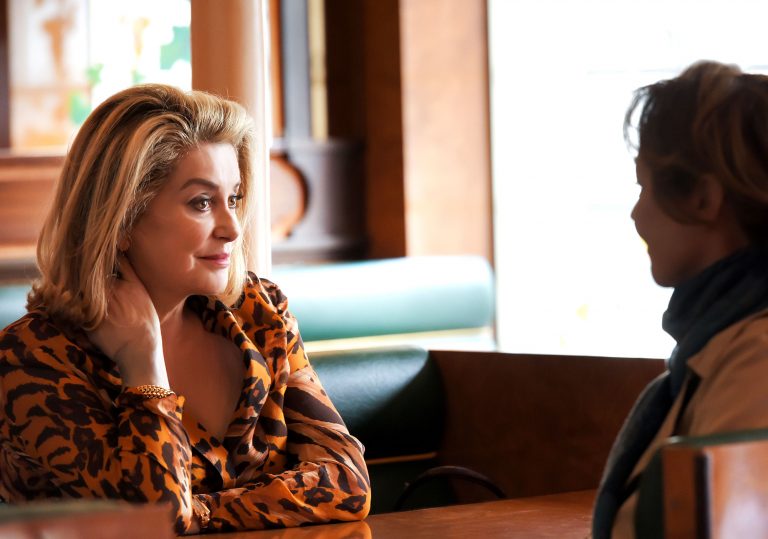 With films like Violette and Séraphine, Martin Provost has proven himself a fine director of women.

Come for a lairy, Gitane-chugging Deneuve, stay for a delicate, scowling Frot.

As solid and unassuming as a antique marble kitchen top.

Maybe if you delve into the hard numbers you’ll find a different story, but French cinema does tend to offer superior and more plentiful roles for mature female actors. Being young and perky is no substitute for experience, sensitivity and worldliness, and that’s why we get such robust acting showcases as Martin Provost’s gently affecting latest, The Midwife. And with it comes two distinct types of performance: one is rather flamboyant and plays on undercutting assumed affiliations with an iconic leading lady; the other is stripped back and cold, an exercise in rebuffing affection and articulating the agony of indecision.

The former is played by the queen herself, Catherine Deneuve, a chiselling but ultimately lovable blonde bombshell named Béatrice who chooses to hoover up steak, red wine and fags against doctor’s orders. Then there’s the excellent, sad-eyed Catherine Frot as Claire, a hospital midwife who is suddenly brought together with the expiring Béatrice, the one-time partner of her late father. Béatrice needs help and Claire needs closure, and so the two are forced to hang out together for much of the story’s odd couple first half. The gag is that these women are polar opposites, and Claire perhaps resents her father for finding affection in this tawdry but charming dame who was probably bad for his health.

There isn’t much of a story beyond that, as Claire then has to deal with her son who’s flunking out of med school and a kindly gentleman who works on the neighbouring allotment (Olivier Gourmet) and is always available for a no-strings bunk up in the potting shed. All the while, she’s working very antisocial shifts delivering babies – she loves her job, but even the simple joys of handing a mucus-soaked newborn to its beaming mother is placed in jeopardy by the mechanisation of the birthing industry.

The film is just people talking, explaining, convincing, understanding and telling the occasional white lie. The dramatic stakes are unusually low but that doesn’t stop you from wanting to Claire to find the happiness she’s so quick to bring out of others. Deneuve is entertaining as the saucy madame, rebellious to the end and hiding none of her gaudy, true self. But Frot is on another level, doing much of the heavy lifting with her eyes and somehow channelling internal exasperation in a different way for every new scene.

It’s hard to say what the film is about beyond overcoming the road bumps of middle age – it actually plays more like a soap opera which just allows us to observe as Claire’s relationships with the various characters evolves and the cracks forming in her pessimistic outlook on life. It’s no frill stuff on the formal front, but this is all about giving the actors ample time and space to do their thing.

It’s the type of story you imagine a relative veteran like Provost could tell blindfolded and with his hands shackled behind his back. And it’s not the kind of work that leaves a profound lasting impression. Yet it’s more-than-satisfactory in the moment, and it makes for a suitably peaceable clash of two of France’s heavyweight screen titans.

With films like Violette and Séraphine, Martin Provost has proven himself a fine director of women.

Come for a lairy, Gitane-chugging Deneuve, stay for a delicate, scowling Frot.

As solid and unassuming as a antique marble kitchen top. 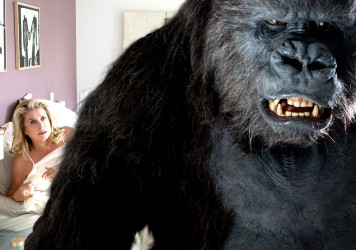 This saccharine religious comedy from Belgium’s Jaco Van Dormael fails to live up to its initial promise.