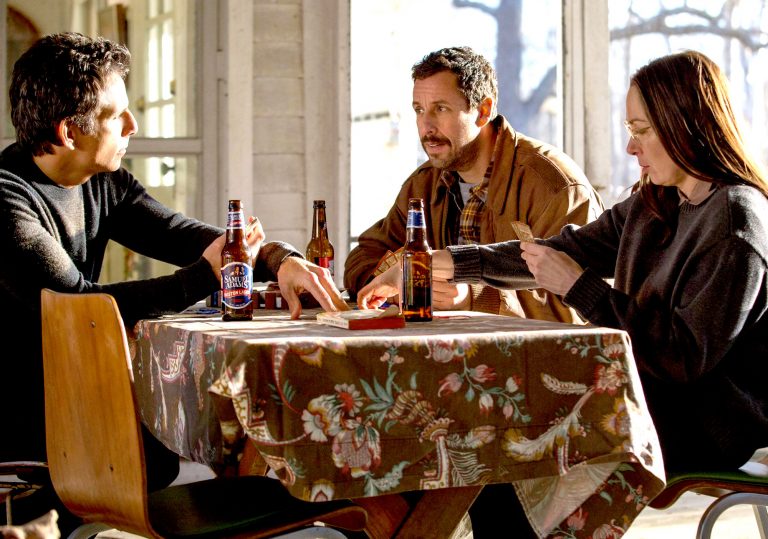 Noah Baumbach is talented but his ‘comedy’ sometimes gives us slight acid reflux.

Worth revisiting for the joyous haul of wit and farce.

“Maureen, where’s the gourmet hummus?” asks Dustin Hoffman as bushy-bearded artist/patriarch, Howard Meyerowitz, as he stares into his fridge with a look of concern. The Meyerowitz Stories is Noah Baumbach’s juiciest comedy since 2012’s Greta Gerwig-starring hit, Frances Ha. It is peppered with witty lines and spiced with physical antics. Emma Thompson is Howard’s fourth wife, Maureen, a permanently sozzled New Yorker who, at one point, rolls her car ever so gently into a tree.

As a fast-paced talkie preoccupied with the eccentricities passed down through generations and the damages wrought by family life, the film evokes Hannah and Her Sisters-era Woody Allen. Deeper down, there are thematic parallels to Wes Anderson’s The Royal Tenenbaums, with Dustin Hoffman equalling Gene Hackman’s performance as a ramshackle but charismatic father figure who boasts refined skill for pressing his children’s buttons. As Danny (Adam Sandler) says: “I wish dad had done one big unforgivable thing that I could be angry about, but instead it’s tiny things every day: drip, drip, drip.”

‘Danny’ is the first of the film’s five chapters, and is immediately intriguing by virtue of having Sandler adopting his little-seen sensitive actor mode. Given the slew of lamentable comedies that have become synonymous with his name, it is strangely moving to see him (unforgettable in Paul Thomas Anderson’s Punch-Drunk Love) tenderly singing duets with his 18-year-old daughter, Eliza (Grace Van Patten). 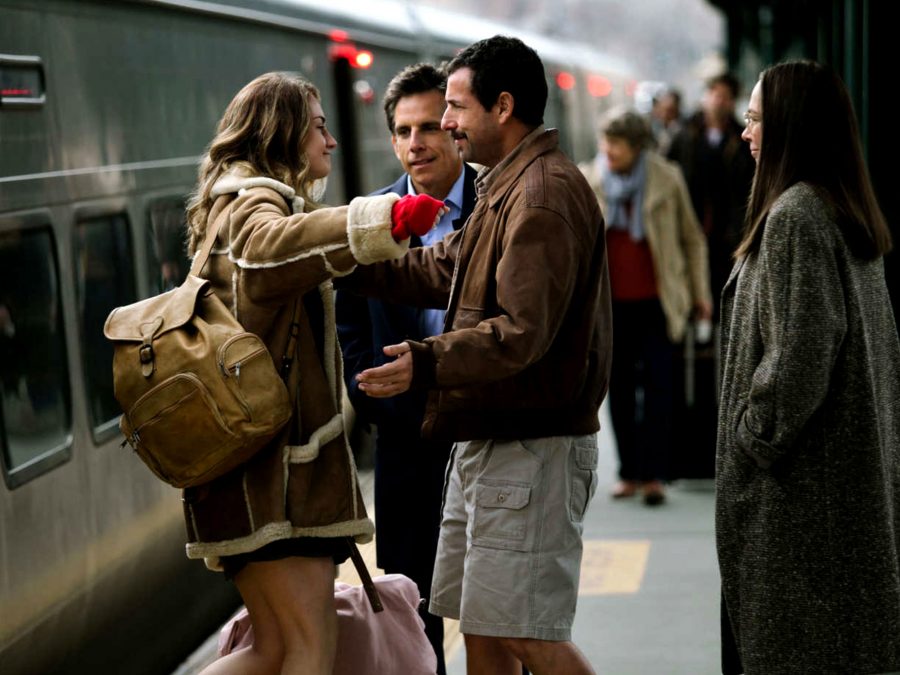 The film’s plot is a daisy-chain of comic vignettes, crafted to smuggle in back stories and examine the emotional baggage that hampers these relations. Danny and owl-spectacled sister, Jean (Elizabeth Marvel), are the family losers, while their half-brother Matt (Ben Stiller), a personal-wealth advisor, is pride of the clan. Matt still has daddy issues, however, as Howard uses their time together to gripe and grumble rather than to dispense longed-for affirmation.

Howard’s issues stem from an early-career burst of recognition for his art, followed by decades of growing obscurity. Taunting him is the success of a man who was once an equal. Indeed, one fabulous set piece takes place at the private launch of this rival artist’s new collection at MOMA. A celebrity, cameoing as herself, politely acknowledges Howard’s existence, and he proceeds to repeat this comically minimal tidbit as an anecdote, wearing it as a badge of honour throughout the film.

Hoffman is the Atlas, whose acting muscles shoulder the film’s charming tone. Howard is a crotchety problem creator, but baked into Hoffman’s physical identity – his small size, lopsided grin, and (in this film) mighty beard – there is soul to his brittle brand of humanity. Ben Stiller is on top form, delivering a more earnest and contained performance than the tightly-wound neurotics he has played in previous Baumbach collaborations (Greenberg, While We’re Young).

Although this is a male-weighted movie, there are no dud characters, and a democracy of humour is the currency. The relentless pace of the dialogue is at times exhausting, and the tone never really varies, yet this is forgiven when, hours after viewing, you find yourself grinning into the ether, remembering standout hoots from the cornucopia of Meyerowitz tales.

Noah Baumbach is talented but his ‘comedy’ sometimes gives us slight acid reflux.

Worth revisiting for the joyous haul of wit and farce.