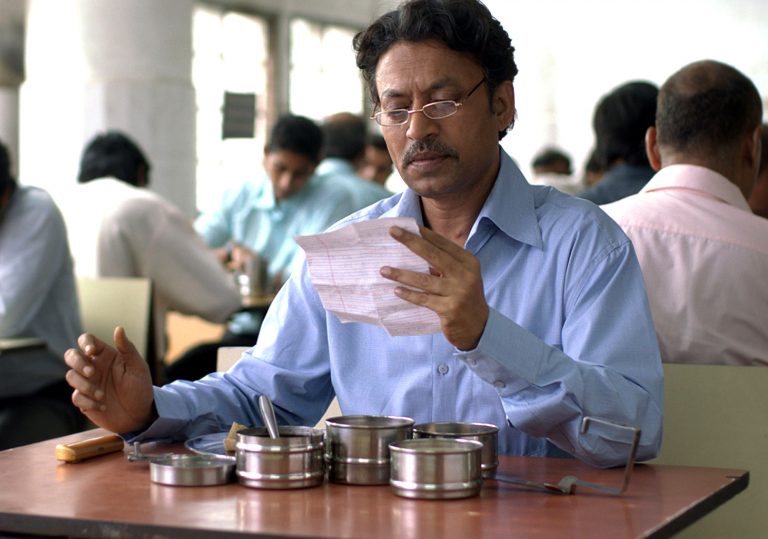 Originally played in a Cannes sidebar where it received much adulation.

Its shift from comedy to (light) tragedy is perfectly handled.

Two thoughts instantly came to mind after viewing Ritesh Batra’s The Lunchbox. The first was, how long before Hollywood gets their greasy mitts on this one? The second was, just how badly will the fuck it up? As in the art of gastronomy, you could give two people the exact same ingredients and one will produce a delectable dish which leaves your tastebuds positively humming, while the other will deliver a noxious slurry at which even the livestock will likely turn up their snouts.

The film runs with a deadly simple concept, one which harks right back to movies like Ernst Lubitsch’s masterpiece, The Shop Around the Corner, or more recently, will they/won’t they heartwarmers such as Sleepless In Seattle. Saajan is a grieving widower who is counting down the days before his retirement as a government pen-pusher in Mumbai. His only respite us a Tower-Of-Piza-like lunchbox placed on his desk at the same time daily. One day, the food delivered is not the sub-par grot dished out by his local eatery, but some seriously impressive home cooking.

It transpires that the Dabbawalas — a shambling network of men who ride the rail and hand-deliver lunchboxes from kitchens to offices and profess to have a secret system which never fails — have started to deliver the wrong lunch, and what he is accidentally receiving is the tasty treats lovingly prepared by Ila, a bored housewife and mother who is trying to win back her disinterested husband via his gullet. When the pair cotton on to what’s happening, they strike up a fast communion through highly personal letters. Initially, these scribbled testimonies are used as opportunities to vent the manifold frustrations of their lives, until eventually things reach the point where they decide it would be best for them to meet on neutral ground.

The great thing about The Lunchbox is that there is a lot that potentially could have gone wrong but never does. The character of Ila (as played by Nimrat Kaur) is initially presented as a happy-clappy housewife whose sole purpose in life is to tend to her disinterested hubby. Batra’s writing doesn’t do anything untoward, such as having her transform into a man hating maniac, but instead traces her slow realisation that she is mercilessly trapped inside her life rather than controlling its forward momentum. Her impulses are catalysed by the belief that her husband is having an affair, and Batra’s choice to never confirm this suspicion creates an ambiguous sense of paranoia and hushed desperation.

The top trump, though, is Irrfan Khan, who proves here that he may be one of the greatest living actors in the world right now. There’s a Keaton-esque trim of sadsack deadpan to his performance as Saajan, which is drawn out and modulated beautifully via the interactions with his lapdog office colleague, Shaikh (Nawazuddin Siddiqui). His lightly taciturn demeanour cloaks the oceans of pain, and Khan manages to channel it beautifully without ever stating it too bluntly.

As with the Dabbawalas’s method, marriage is that sacred, paradoxical institution which defies the nature of human desire and yet it something that, apparently, just works. More than a tale of random hearts connecting through fast food delivery, this is a heartbreaking movie about things that won’t and don’t and can’t go wrong, going seriously wrong. It’s a film which deserves to be played in a double bill with Satyajit Ray’s 1963 masterpiece of marital bliss gone awry, The Big City.

Originally played in a Cannes sidebar where it received much adulation.

Its shift from comedy to (light) tragedy is perfectly handled. 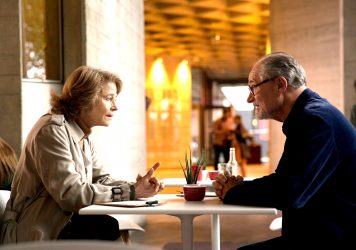