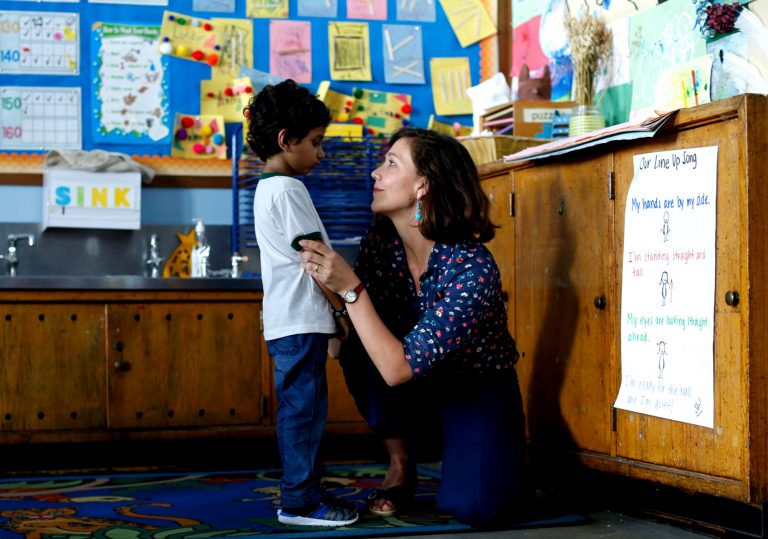 Not exactly hyped for a Netflix ‘original’ remake of an acclaimed Israeli film.

Cinema as pure and poetic as youthful innocence.

A piece of apposite cultural criticism with a stunning turn from Gyllenhaal.

“Talent is so fragile and rare, and our culture does everything to crush it.” So says Maggie Gyllenhaal in Sara Colangelo’s The Kindergarten Teacher, a sentiment that perfectly captures the essence of the film. What appears on the surface to be a slow-burn thriller eventually asks trenchant questions about the nature of parental responsibility, and the extent to which guardians have a duty to a child’s talent over their own wellbeing.

It makes for remarkably potent viewing. Gyllenhaal plays teacher Lisa Spinelli with a quiet mastery that confirms her as a compelling lead. Her performance is unlike anything we’ve seen from her before, as she takes a boy called Jimmy (Parker Sevak) under her wing after hearing him recite poetry. The pureness of this little muse instils within her a devastating disappointment in her own decidedly non-academic children. Her feelings come from personal failure, of not being born with artistic ability, and so she grasps the opportunity to live her life vicariously through a child prodigy.

There is a scene in which Lisa sits down with her daughter and asks why she gave up photography. The teenager despairs at the smell of a dark room, citing instead her Instagram profile to demonstrate her success with a camera. Lisa cannot relate to something so intangible, requiring the experience of production and reception – reflected in the fact that she writes her derivative poems with a ballpoint pen in a tattered notebook. Her lack of creativity is visibly frustrating, and it is why we empathise even when her obsession develops beyond reason.

Colangelo invites us to support Lisa in her futile effort to save culture. This could be an ironic message, given that this is an English-language remake of Israeli director Nadav Lapid’s 2014 film, an exercise typically frowned upon by lovers of ‘high-brow’ foreign cinema. Such criticism would subscribe to the very snobbery which The Kindergarten Teacher seeks to reject. The film has been made for an anglophone audience with an established female lead, so that Colangelo can make accessible the beauty of poetry. Unlike Lisa’s misguided efforts, which descend from smothering to kidnapping, the film itself shines as a nuanced ode to art.

Perhaps we are never driven to indignation at Lisa’s actions because the film exudes a refreshing state of calm, boasting a visual style that is awash with turquoise hues. This aesthetic has the dual effect of creating an icy coldness, a world devoid of poetry’s joie de vivre. These pleasures comes to Lisa in the form of her instructor’s passion, an unusually restrained Gael García Bernal, and more importantly from Jimmy’s enchanting monologues.

At the climax, Colangelo asks us to decide how much pressure can be placed on an individual to bring out their nest work. There are similarities to Damien Chazelle’s Whiplash, although The Kindergarten Teacher benefits from a subtler form of expression. Both films end on an assertively ambiguous note, asking whether any form of art is worth saving via potentially dangerous methods. To reflect, I have a poem: Anthem of lost youth / Searching for the poet’s soul / Slips out of my grasp.

Not exactly hyped for a Netflix ‘original’ remake of an acclaimed Israeli film.

Cinema as pure and poetic as youthful innocence.

A piece of apposite cultural criticism with a stunning turn from Gyllenhaal. 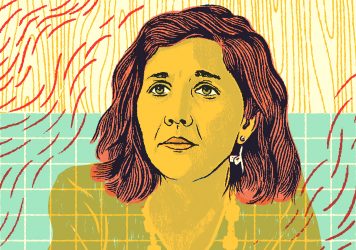