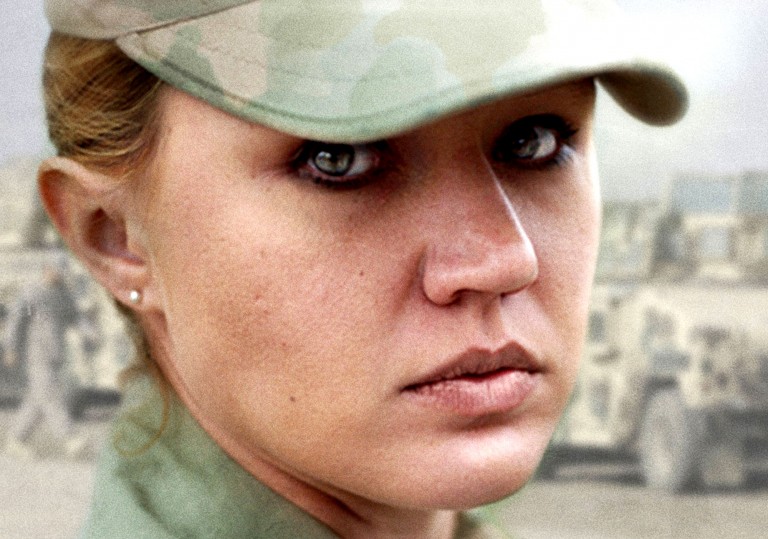 Won a meaningful one – the Courage in Filmmaking award at Human Rights Watch Festival.

To be faced rather than enjoyed.

This is clarion call for change in the US military that has already effected some policy improvements.

A tough, traumatic investigation into widespread rape in the US army by veteran documentarian Kirby Dick.

Harrowing is what this film is, unrelentingly harrowing, from beginning to end. Kori Cioca and Ariana Klay are two ex-servicewomen who appear in investigative documentarian Kirby Dick’s exposé of rape in the US military. There is no mistaking the soul-crushing effects on these women who tell their stories in tones that alternate between numb and tearful. Their lives unfold beneath the shadow of nightmares that won’t go away. Kori’s been on a soft food diet for the last five years after her rapist whacked her in the face displacing her jaw discs. To add insult to injury, he’s still serving in the Coast Guard while her arc involves a long-standing fight with the Veteran’s Association to get the medical benefits needed to fix her jaw.

Injustice emerges as a theme within the military, a bitter irony considering that it markets itself on fighting global tyrannies. “You presented him with an opportunity that he capitalised on and need to understand that that is not the same as rape“ and “That’s what you get when you walk down a hall of drunken SEALs” are among the dismissals told to Kirby Dick’s case studies that they repeat to him, shaken that the events that caused their lives to fall apart have been so glibly invalidated.

Shock comes filtered through stoical military bearings for these ladies (and one man) remain moulded by the institution that they used to be proud to serve. Photos of their younger selves in uniform and biographical details of hard work and committed service recur, the contrast between ideological recruits of the past and psychological casualties of the present never ceasing to sicken.

It’s hard to call whether the veterans have been more damaged by abuse or subsequent betrayal by an institution they once believed in. As in Alex Gibney’s brilliant investigation into rape in the Catholic Church, Mea Maxima Culpa, we are spending time with individuals who were once enmeshed in a power system that plays by its own rules, hushing up crimes in the name of fraternity. There is an extraordinary disconnect between the flesh and blood victims we see before the camera and the perpetrators who remain free, their callous hypocrisy and sexual opportunism attributable only to ghosts outlines.

It is the mass of absent faces and names that makes The Invisible War so hard-hitting. Whereas in Gibney’s film there is the satisfying pursuit of perpetrators, here there are just shell-shocked victims and their loved ones. “I don’t think it’s affected his life at all,” says Jessica Hinves in a swollen sob. She still hears about her rapist from her former and his contemporary colleagues in the Air Force.

US government statistics concerning the higher rates of rape in the military than in the civilian population fade in and out while psychological experts break down the impact of trauma and the empowering effect that knowing they can get away with sex crimes has on perpetrators. What emerges by the end of 93 punishing and emotive minutes is a portrait of the army as a shady and antiquated boy’s club where flesh is seen as far game. The barrage of relentlessly upsetting facts presents a troubling picture that, unlike so many of its subjects, cannot be ignored.

Won a meaningful one – the Courage in Filmmaking award at Human Rights Watch Festival.

To be faced rather than enjoyed.

This is clarion call for change in the US military that has already effected some policy improvements. 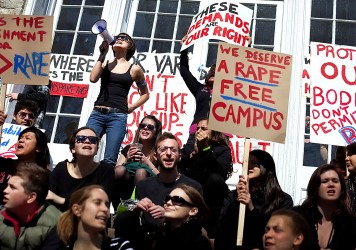 Vital documentary The Hunting Ground gives a voice to the survivors of sexual attacks.