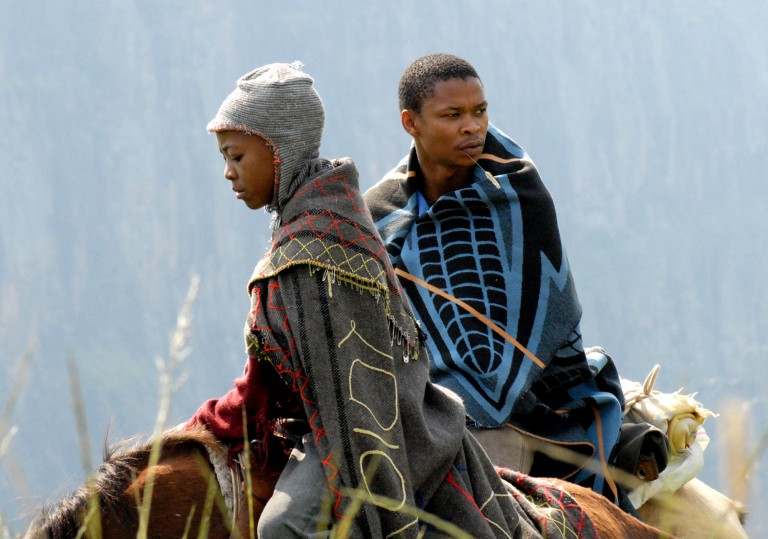 Let's all go to Lesotho!

Gets in its own way.

Dear movie people, cast Lebohang Ntsane in your next film.

This Lesotho-set drama of family reconnection is the enemy of dramatic originality.

Given the scarcity of films set in Lesotho, it’s a shame to dismiss this offering from debut writer/director Andrew Mudge. Were it not for the novel USP of its setting, The Forgotten Kingdom would be classifiable as entirely unoriginal.

Archetypal characters heave archetypal themes across rural terrain, seemingly as bewildered by the convoluted plot machinations as any audience might be. There is respite in the glorious landscape, but the camera never lingers anywhere for long enough to locate its poetry. There is intrigue in the clash between pragmatism and superstition but that theme never becomes front and centre. Mudge is too intent on bounding onto the next gratuitous plot point.

Zenzo Ngqobe seems to be the go-to guy for films set in South Africa (Lesotho is entirely encircled by SA). He has appeared in Blood Diamond, Tsotsi and more recently Mandela: Long Walk to Freedom. The Forgotten Kingdom provides the actor with a meaty lead role, and it doesn’t suit his flinty livewire disposition. His character, Atang, is a big city Joburg boy, who returns back to his birthplace, a mountain village, in order to bury his father.

After haggling over coffins, he reconnects with an old school friend, Dineo (Nozipho Nkelemba) – a serene teacher with a sister who is dying of AIDS and a father whose shame regarding the sickness stops him from doing right by his family. To carry on describing the set-ups would be to write a very long list. The basic question is: where will Atang end up?

Mudge opts not to explore his central character’s interiority, or to give any real sense of what life was like in Joburg for Atang, Instead, he uses utilises clunky plot exposition to deal out tough knocks, send him on a journey and hand him a plucky orphan on a horse that constantly reappears because: “I am the eyes on the dark clouds following you around this country.” The plucky orphan and his grave portents are absolutely the best thing on show. Lebohang Ntsane has a booming lifeforce that belies his small stature.

With all of the support characters that Atang meet on his journey, Mudge attempts to conjure something almost mythical about their natures, placing exaggerated focus on their generic qualities as if to transform them from individuals into universal spirits. In the case of the helpless widow, the stubborn patriarch, the vain suitor and the sick sister, he fails, creating slight sketches of people whose presence lends little to the atmosphere of any given scene.

But in the case of the plucky orphan, Ntsane’s commanding performance summons the conviction of a child in sync with the customs and beliefs of his world. That kid is a marvel and provides a teaser glimpse of the bullseye at which this film is aiming but does not hit.

Let's all go to Lesotho!

Gets in its own way.

Dear movie people, cast Lebohang Ntsane in your next film.