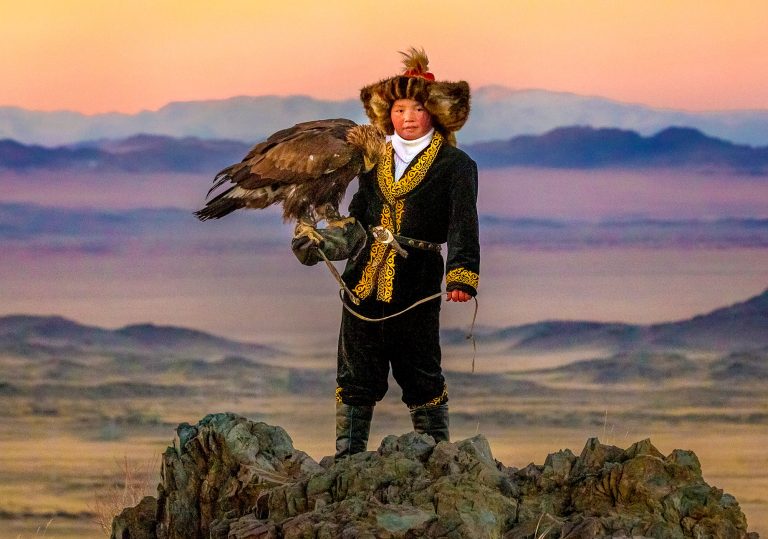 An exciting new approach to female empowerment on screen. With large birds.

Takes you on an exhilarating, heartwarming journey. A delight.

An exquisitely shot and subtly dramatised piece of documentary filmmaking.

It’s hard to imagine how the lives of Mongolian nomads of the Altai Mountains, who have hunted with golden eagles for thousands of years, could strike a chord with western urban civilisation. But The Eagle Huntress, Otto Bell’s beautiful, cinematically innovative documentary, strikes at the very heart of our primal instincts to strive and succeed.

The film follows 13-year-old Aisholpan as her father trains her to become the first female eagle huntress in Mongolia – a job that has always been passed down from father to son over the centuries. Laid out as a gripping triumph-over-gender-adversity narrative, it moves more like a drama than a dry, strictly objective study of behaviour and cultural colour. The clear, three-part structure accentuates each different stage of her growing skill within a field dominated by dismissive, middle-aged men.

Bell dives directly into Aistolpan’s world, with eagle-POV aerial shots sweeping over the remote Mongolian plains. An original song written and performed by Australian popstar Sia accompanies awe-inspiring shots of vast landscapes, generating a spiritual almost mystical atmosphere that couldn’t be further away from the reality of our over-populated, polluted modern world.

There’s a crispness to the cinematography too, every puff of chimney smoke or shot of eagles gnawing on sheep guts rendered with striking clarity. There are no tourist-friendly guides invading the frame to bridge the cultural gap, only English subtitles translating the family’s own words. Daisy Ridley’s voiceovers occur at awkwardly sporadic intervals, yet her narration does add something to the film’s narrative drive. Besides, as the first female Jedi knight, Ridley has a sort a connection to Aisholpan.

It is director Bell’s focus on family bonds and our relationship with the natural world that makes his film truly affecting though. Close-ups of Aistolpan affectionately caressing her little eaglet mirror images of her father quietly cherishing his daughter’s achievements. It is not difficult to see how much love and pride the family have for one another. The Eagle Huntress is a celebration of female empowerment, boiling down the messy, complex nuances of modern day feminism into one simple idea: women everywhere can relate to Aistolpan’s straightforward belief that it is a woman’s right to choose.

An exciting new approach to female empowerment on screen. With large birds.

Takes you on an exhilarating, heartwarming journey. A delight.

An exquisitely shot and subtly dramatised piece of documentary filmmaking. 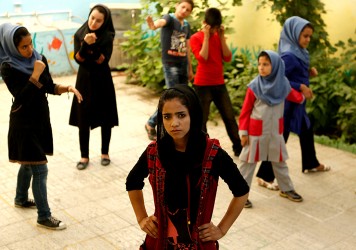 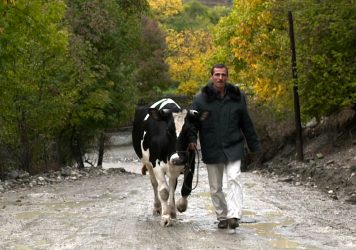