The Closer We Get 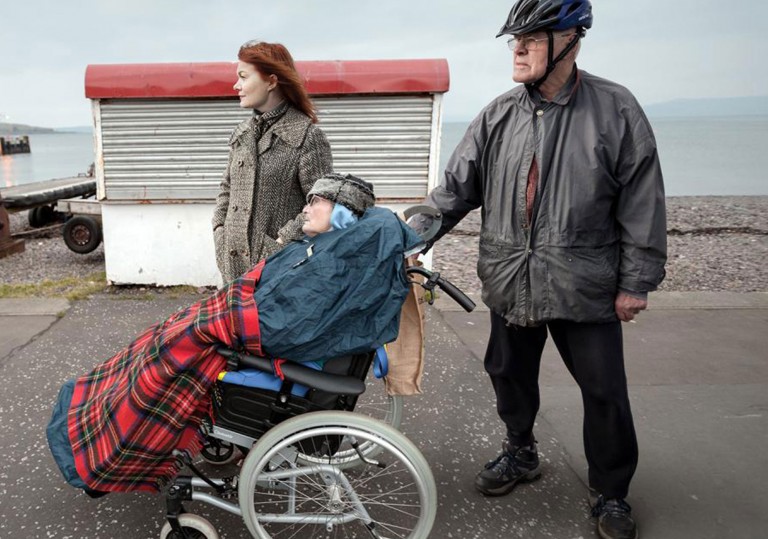 Not heard much about this one.

Honest, emotional and packed with insight on how to deal with life’s natural messiness.

Cannot wait to see what Guthrie does next, or whether she’ll find a story as rich as this one.

Karen Guthrie turns her camera on her family and uncovers a host of strange and beautiful secrets.

Indulgence and obscure interpersonal concerns are always a potential pitfall of those who opt to turn a camera on the lives of their own immediate family. Director Karen Guthrie has decided to get extremely intimate with her own in The Closer We Get, a film which suggests that the presence of a camera can bring out the best and worst in people. The film is intended as a piece of auto-therapy, an attempt to cut through the smiling façade of her parents’ lives, and the film itself is employed as a tool for confession, self-reflection and post-event analysis.

The situation in which she finds herself at the beginning of the documentary is with her mother Ann, who in immobile having suffered from a stroke, and her father, Ian, who despite having been separated from Ann, decides to return home, not so much to help out, but to clear up a few bits of nagging family business. Guthrie herself intones a narration which rides on her own inadequacies, particularly how she is unable to face up to her father directly and question the motives of his occasionally eccentric actions. She also knows that just because the little red light on the camera is beaming, you don’t need to spark undue confrontation and discomfort. The film is all the more tender and fragile for the fact that the immense discord festering underneath the images remains there, only for Karen to acknowledge in the edit.

It’s rather bizarre (and dramatically fortuitous) just how many twists and surprises lurk in the future, and it’s clear that this perhaps isn’t the movie that Guthrie originally intended to make. She never tries to force meaning onto the events that occur, instead just rolling along with them, observing happiness rather than conflict. It channels a tradition of British social realist fiction filmmaking into a documentary template, and it simultaneously celebrates and criticises the form’s sentimental tendencies. Pure objectivity in films like this is a myth, but Guthrie is open about the fact that this is personal. She manages to build conflict without causing pain. It’s an exceptional piece of work.

Not heard much about this one.

Honest, emotional and packed with insight on how to deal with life’s natural messiness.

Cannot wait to see what Guthrie does next, or whether she’ll find a story as rich as this one.