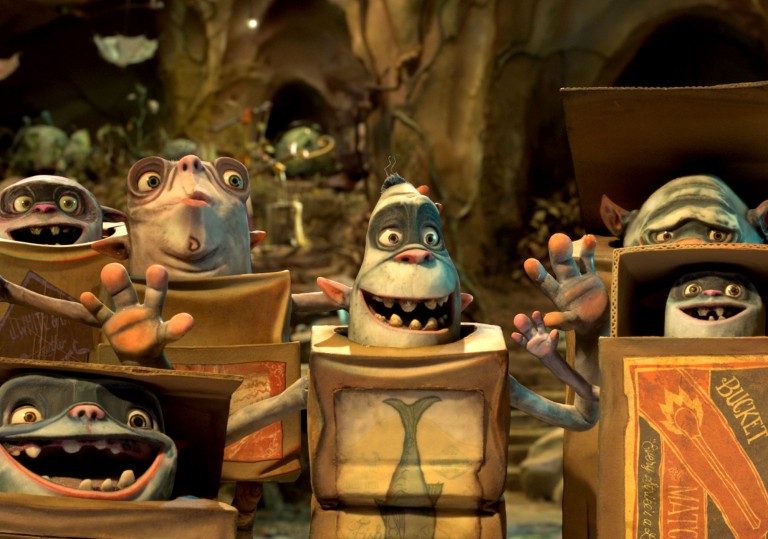 We were fans of Coraline and ParaNorman.

Exhilarating to see a universal story of such depth.

“They must know they’re the bad guys. Why else would they try to hide from us? We are the good guys,” says Mr Trout (Nick Frost) referring to the boxtrolls that he and exterminator buddies are hunting.

“Yeah, I suppose we are,” assents Mr Pickles (Richard Ayoade) whacking a box troll, with no trace of conscience.

Metatextual confusion among baddies is a gag played to delightful perfection in the third stop-motion animation from Laika studios. While it would be outlandish to suggest that this skillfully drawn kid’s tale is about the existential chaos of the adult world, this is only because The Boxtrolls is about more than the one thing. The biggest accomplishment of co-directors Graham Annable and Anthony Stacchi’s story –based on Alan Snow’s book Here Be Monsters – is that it touches as convincingly on the light traditional notes of a children’s adventure yarn as it does on murky adult dealings. A keen adult mind could even come away with comments on the nature of evil, thanks to a half-comic, half-resonant finale that sees Mr Pickles and Mr Trout answering questions that many a holocaust film has put to Nazi antagonists.

But all that is very much in the background. In the foreground we have the plight of Eggs, or as he’s known in the fearful English Victorian society – the Trapshaw baby. Legend above ground goes that he was kidnapped by boxtrolls, awful, savage creatures that occupy a subterranean lair laced by rivers of blood. The truth is the Boxtrolls are peaceful types, who love to jam on home-made instruments and collect trashed items like buttons and fishbones. Eggs is having an ace childhood, growing up like Mowgli in The Jungle Book, oblivious to his differences.

But there is a long shadow cast by the Exterminators. An early sequence shows Eggs nodding off cocooned by a vast nest of boxes. A slow fade shows the nest thinning. Boxtroll numbers are dwindling as the Exterminators’ nightly prowls prove successful. Snatcher or –to give him his full ridiculous name – Archibald Penelope Snatcher, is the driving force behind these nightly kidnappings. With the voice of a snarling Ben Kingsley and the appearance of a neglected Timothy Spall, Snatcher is a traditional baddie in that evil is telegraphed by his physical bearing. But as with all elements of The Boxtrolls, the obvious is only half the picture. As well as being The Villain, Snatcher is a class-obsessed psychopath for whom the eradication of wee critters is a passport to high society. Implicated in his violence are the ambivalent upper classes who don’t get their hands dirty, but whose interest in power and comfort ahead of truth and morality enables misdeeds to happen in their name.

It feels extraordinary to write a serious-minded social treatise in response to a family film powered by puppets. It cannot be over-emphasised that all of these questions are thrown up in the lightest of tones in the most aesthetic of worlds. The charm of The Boxtrolls comes from incredible and often comic detail of animation. As with Laika’s ParaNorman and Coraline beforehand, events unfold within a steampunk aesthetic. Rusting silver pipes and scrapyard metal wheels make everything go. There’s always something in the corner of the frame, be it a decaptitated teddy head (humour verges on the grisly) or a pile of records by the likes of ‘Stilton John’. Cheese makes a recurrent appearance on the tables of the rich, in the dreams of the bad and in the background of the good. This abstract role for a delicious and varied dairy product is the final, hilarious, stymying proof that this is a film to be enjoyed with a free, unboxed mind.

We were fans of Coraline and ParaNorman.

Exhilarating to see a universal story of such depth. 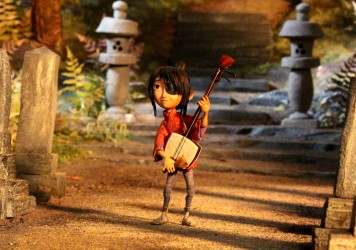 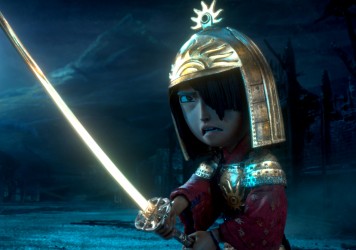 Four amazing animators have put their own spin on Laika’s stop-motion gem.