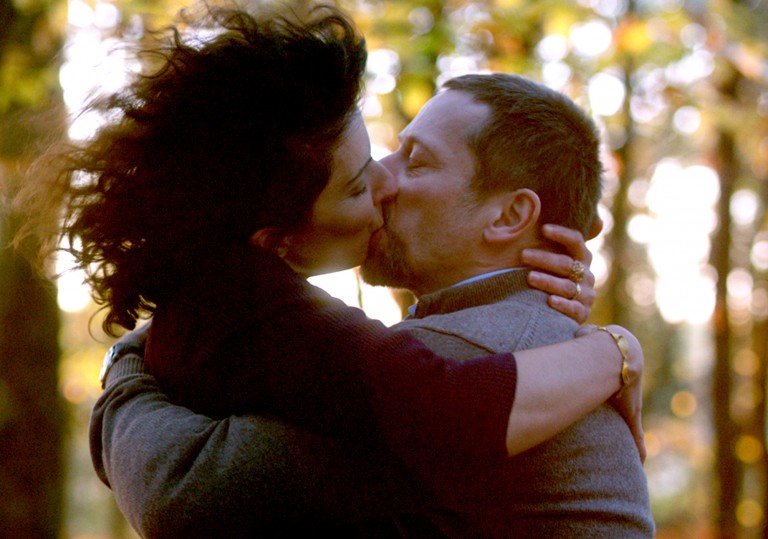 Mathieu Amalric is a great actor. His career as a director has been... interesting.

His best film as a director.

This chilling miniature from actor and some-time director Mathieu Amalric, adapted from a 1964 novel by Georges Simenon, dispenses with the screw-turning mechanics of the traditional murder mystery to ask one question: what is it like to feel guilty? In fact, the question is more like, feeling guilty is awful, but how awful?

Amalric’s Julien Gahyde, a goatee’d, apparently decent farming machinery rep, meets intoxicating, sexually voracious pharmacist’s wife, Esther (Stéphanie Cléau), in a hotel room whose walls are painted a calming shade of deep blue. A tacit pact to dispense with their current partners turns sour, as the idyll of the blue room is revealed as a flashback to happier times. In the present, Julien is being questioned for a crime we must assume is linked to the pact.

The great Mathieu Amalric has a new film out this week. Read our exclusive interview with The Blue Room actor/director at lwlies.com Illustration by @jendionisio #design #illustration #artwork #movie #film #cinema #frenchcinema #theblueroom

The particulars of the case are revealed in curt but evocative fashion, Amalric enhancing this simple yarn by allowing his camera to pick up salient side details and observations. A drop of jam falling onto a laptop acts as a reminder of a particularly wild liaison where unchecked passion leads to mild blood-letting. A magistrate removes a picture of his wife from his desk while questioning Julian, perhaps to prevent rubbing salt into the weeping wound, or maybe as an admission of his own guilt. A typist taking down the confessions is shocked by what she’s hearing. Amalric drifts through the film with a stultified gaze, as if the landscape is scattered with reminders of his sins.

The film suggests that true love requires a drastic affirmation, that it’s not enough to just make a simple decision to move on with a new phase of life. There’s an undertow of conservatism, though, as it claims that infidelity can cause suffering in ways which can seldom be anticipated. Maybe it’s that we’re ill equipped to respond to our own depression in the honourable cause of maintaining the illusion of happiness.

Mathieu Amalric is a great actor. His career as a director has been... interesting.

His best film as a director.