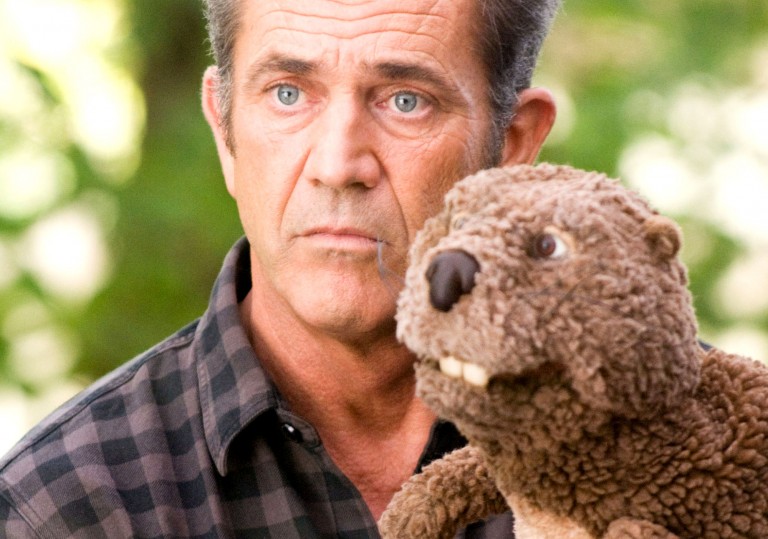 Mel Gibson with a glove puppet? Could be a car crash.

Well acted and intended but too unsure of itself – and bizarre – to fully succeed.

It’s commendable to capture depression on film, but a talking rodent and a fallen star aren’t the way to do so.

It’s not a problem most summer releases have. The box office receipts of Green Lantern, Deathly Hallows: Part II or Super 8 will be decided by the quality of their story and special effects, not by the unpalatable behaviour of their stars. But The Beaver faces a far different challenge in putting bums on seats, with Mel Gibson’s star now at its lowest ebb.

He plays Walter Black, the deeply depressed toy company CEO who botches a suicide attempt and wakes up hungover, morose and with a beaver glove puppet instructing him – in an accent that meshes Ray Winstone and Bryan Brown – to pull himself together. The initial scepticism of Walter’s wife Meredith (Jodie Foster) fades when she sees her husband begin to emerge through the puppet’s chirpy bark and soon the rodent seems the key to redemption.

No matter the quality of Gibson’s performance therein, the film’s dissection of a fractured soul can only reinforce audience reservations about a screen icon now better known for obscene and violent telephone calls than manic action movie roles and Oscar-winning epics. Foster’s direction is enjoyably languid and Anton Yelchin and Jennifer Lawrence put in fine supporting work for a so-so subplot, but Gibson’s personal problems are so well documented that they overshadow every aspect of this darkly comic look at a breakdown.

The spectre of Gibson’s off-screen woes isn’t the only issue. Kyle Killen’s script delves into the same fish-out-of-water comedy as Elf with some success, and Gibson’s not lost his comic timing. But these humorous beats begin to feel inappropriate given the seriousness of the subject matter. There’s also something entirely familiar about Killen’s screenplay – which topped the Black List rundown of the best unproduced scripts in Hollywood in 2008 – and Foster’s style.

With a plinky-plonky Thomas Newman-esque score, a middle-aged protagonist seemingly losing his mind and an interwoven story of troubled and artistic teen characters, The Beaver frequently feels like American Beauty with a glove puppet thrown in.

Intermittently, it’s an involving and affecting film. Walter’s depression – vocalised through the beaver – is represented in raw, unsparing terms and the tough truth about Gibson is that, for all the nastiness of his self-inflicted career nosedive, he remains a compelling and watchable actor. It’s also a sadder film that its outlandish premise suggests and Yelchin again impresses with his sensitivity, even if his character, a teen afraid of inheriting the sins of the father, feels formulaic.

Unfortunately, Killen’s script too often plays the scenario for laughs when it should hammer home the effects of Walter’s disintegration on his family. The gauche remarks of the beaver and – at least this how it felt in the press screening – a prevailing scepticism of mental illness, means the film raises more laughs than you’d expect – and more than are appropriate – for a film about depression.

Mel Gibson with a glove puppet? Could be a car crash.

Well acted and intended but too unsure of itself – and bizarre – to fully succeed.

It’s commendable to capture depression on film, but a talking rodent and a fallen star aren’t the way to do so.