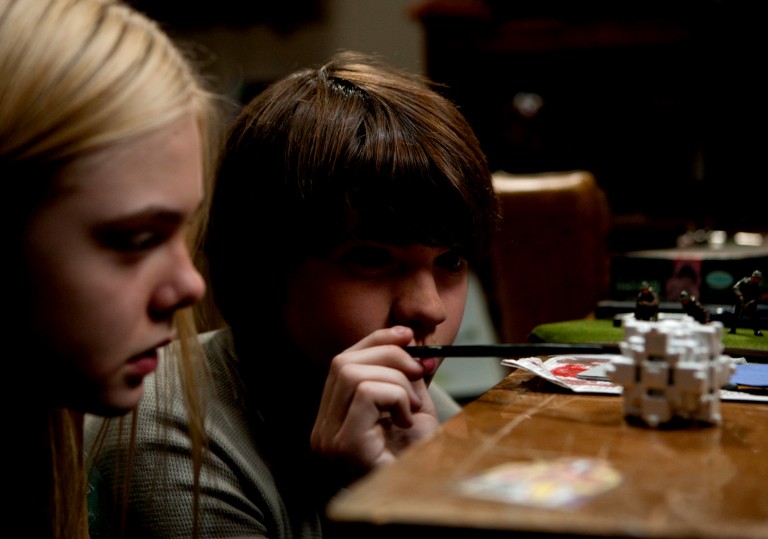 The best blockbuster of its kind since the Spielberg era.

JJ Abrams delivers big in this enthralling nostalgia trip to small-town USA circa the 1970s.

The reason Steven Spielberg and Stephen King are two of the most beloved – and richest – storytellers of the modern age is because they tap into the hopes and fears of childhoods past. It’s a canny strategy. By speaking to the adults in children, and vice-versa, they win the hearts of the widest possible audience for the longest possible time. Nostalgia never dates. It’s the gift that keeps on giving.

Like a long-lost Spielberg movie glimpsed through a post-modern filter, Super 8, written and directed by Lost and Star Trek ace JJ Abrams (with Spielberg producing), is set in small-town ’70s America, and makes you feel woozy for your own Hollywoodised youth.

The BMX bikes and unattainable girls; the bad hairstyles and worse shirts; the sparkler-lit adventures with a mismatched clan of friends (see The Goonies and It). It’s a time when, to borrow Wim Wenders’ phrase, America was colonising our unconscious; when the movie came ahead of the event or, at least, before we knew what we were being sold.

If two of the biggest filmmakers in the world can release the blockbuster of the year without spoilers, we’re damned if we’re going to give the game away, so let’s just say this: Super 8 follows Joel Courtney’s clan as they shoot a zombie movie – and something more besides – on the eponymous camera.

Framed with a cinephile’s obsessive eye, this is a film about falling in love with film. Often we watch Courtney and co shooting against ‘real-life’ backdrops that could only exist in a film, all in service of ‘production values’, as a mini Orson Welles played by Riley Griffiths is fond of reminding us. Meanwhile, George A Romero and make-up legend Dick Smith get fond mentions, while Courtney has a Star Wars TIE fighter swinging from his bedroom ceiling.

But this is far from empty homage; Abram’s script shows real heart and guts throughout. Absent mothers wreak emotional devastation far worse than any sci-fi threat (“She used to look at me this way… really look,” says Courtney as home-filmed footage of his mum sadly unspools before us, “and I knew I existed.”).

Meanwhile the kids bicker and bitch, swearing like troopers and acting like they don’t know they’re in a movie – pretty rare in these stage-schooled days. There are also some great jokes nodding to the as-yet-unlived 1980s without breaking the fourth wall, a trick Back to the Future managed so well.

Like King and Spielberg before him, Abrams recognises the shadows between the fairground rides – that the people who are supposed to save us often can’t or won’t; that the disappointments we once felt so keenly may one day submerge our lives by stealth. It’s a thrilling, transporting experience that brings to mind a quote from King and Rob Reiner’s Stand By Me: “I never had any friends later on like the ones I had when I was 12,” recalls Richard Dreyfuss, looking back across his life.“Jesus, did anyone?” The same could be said of films like this.

The best blockbuster of its kind since the Spielberg era.