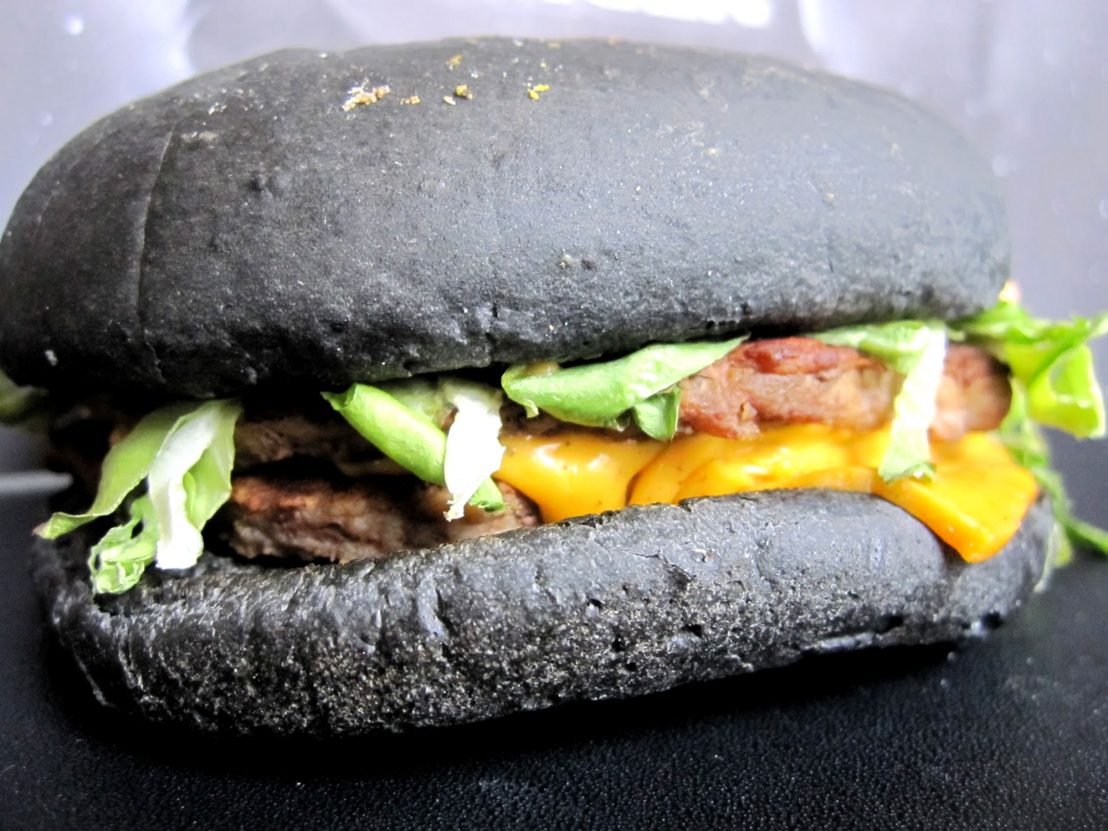 Ahead of the release of JJ Abrams’ Star Wars Episode VII: The Force Awakens on December 18, and to celebrate #ForceFriday – the day when new lines of SW gadgets, gifts and collectables are launched worldwide – LWLies delves into its giant toy box to look back at when the merchandising looked to the Dark Side for their inspiration… 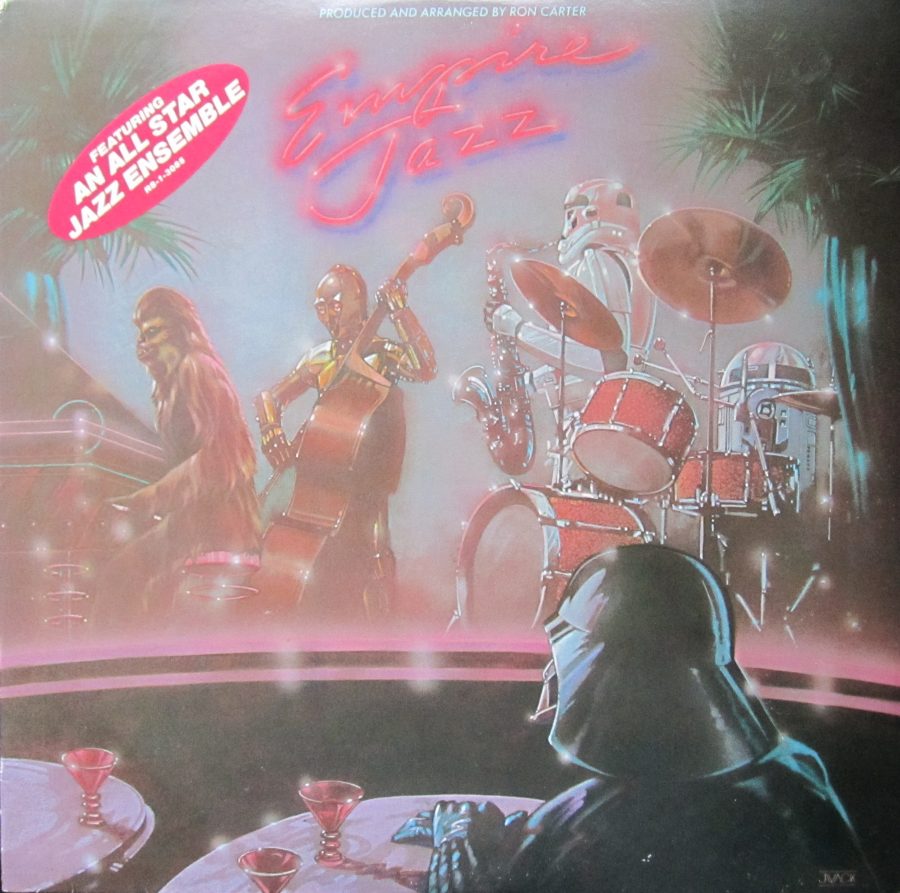 We know. It looks made up. We took some convincing that this is an actual, proper Thing That Exists too, but 1980’s only truly seminal Galactic Scat album remains a solid gone fact. Arranged by legendary jazzbo Ron Carter – wingman to the likes of Miles Davis, Chet Baker and Harry Connick Jr – this deep suite of hot mess kicks off with Vader’s Imperial March, which switches between a swarthy take on the theme to 1980s ITV sitcom Never the Twain and tooty-flutey Birdland whimsy before disintegrating into full-bore school-orchestra wig-out.

The real gem, however, is Asteroid Field (Slight Return), which re-envisages Han and Leia’s squeaky-bum escape from a patrol of TIE fighters as boozy, Don Draper-esque cocktail-jazz background muzak. Fifteen minutes of YouTube fame surely awaits whoever has the time and energy to splice those two together. (Note: the comments section below is reserved solely for Star Wars jazz/muso puns that improve upon the line “I find your lack of bass disturbing….”) 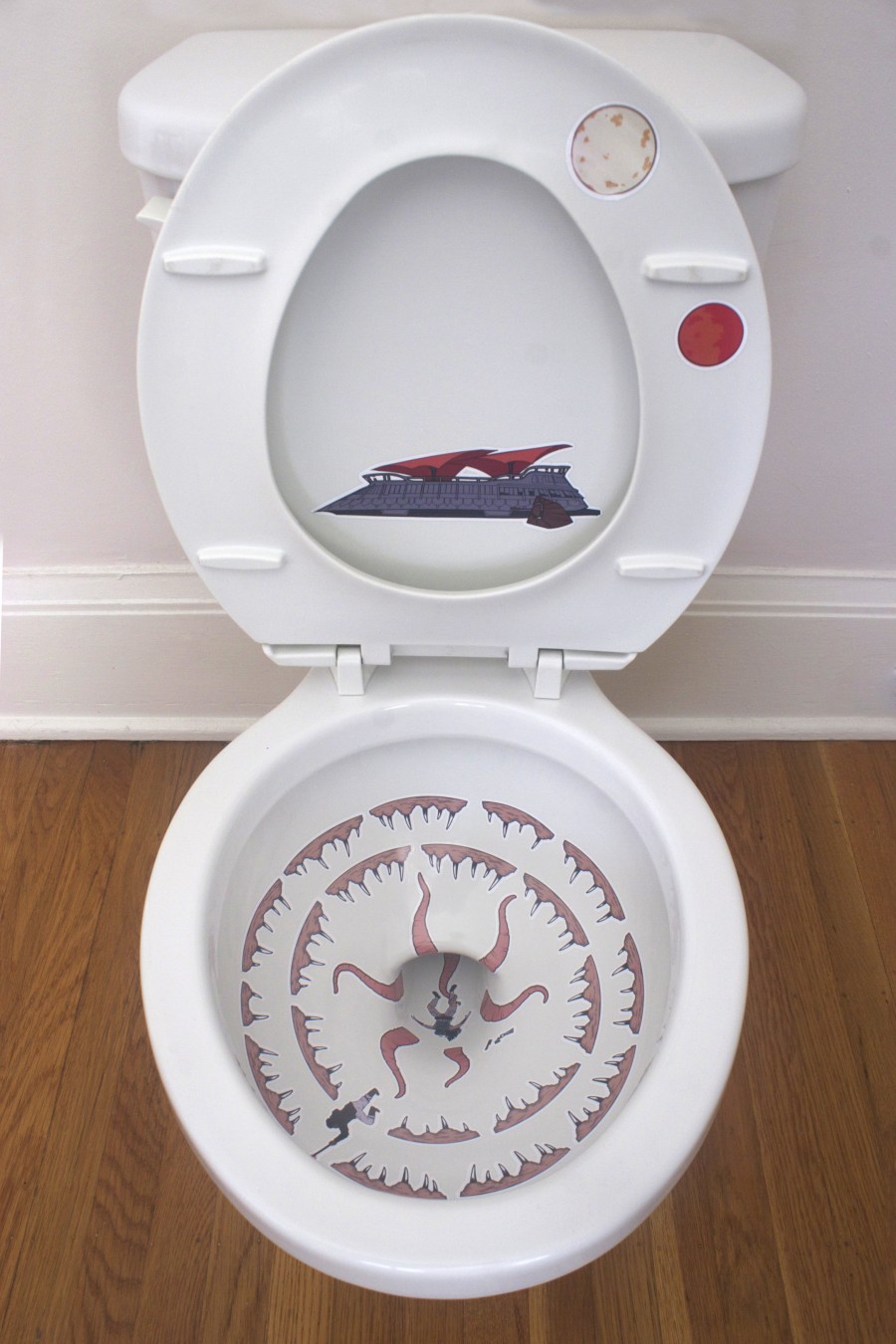 “You will find a new definition of pain and suffering as you are slowly digested over a thousand years.” Or, in other words, “I wouldn’t go in there for a while, mate!” Star Wars is replete with potty references, from Luke emptying his torpedoes into the Death Star’s exhaust port to Han Solo’s impromptu Tauntaun cavity search. But all the phantom menaces, disturbances in the force and rancour monsters (that’s what we call ours, anyway) aren’t nearly as unpleasant a prospect as fishing these gimmicky bacteria traps out of your u-bend the morning after curry-and-a-pint night down Wetherspoons. 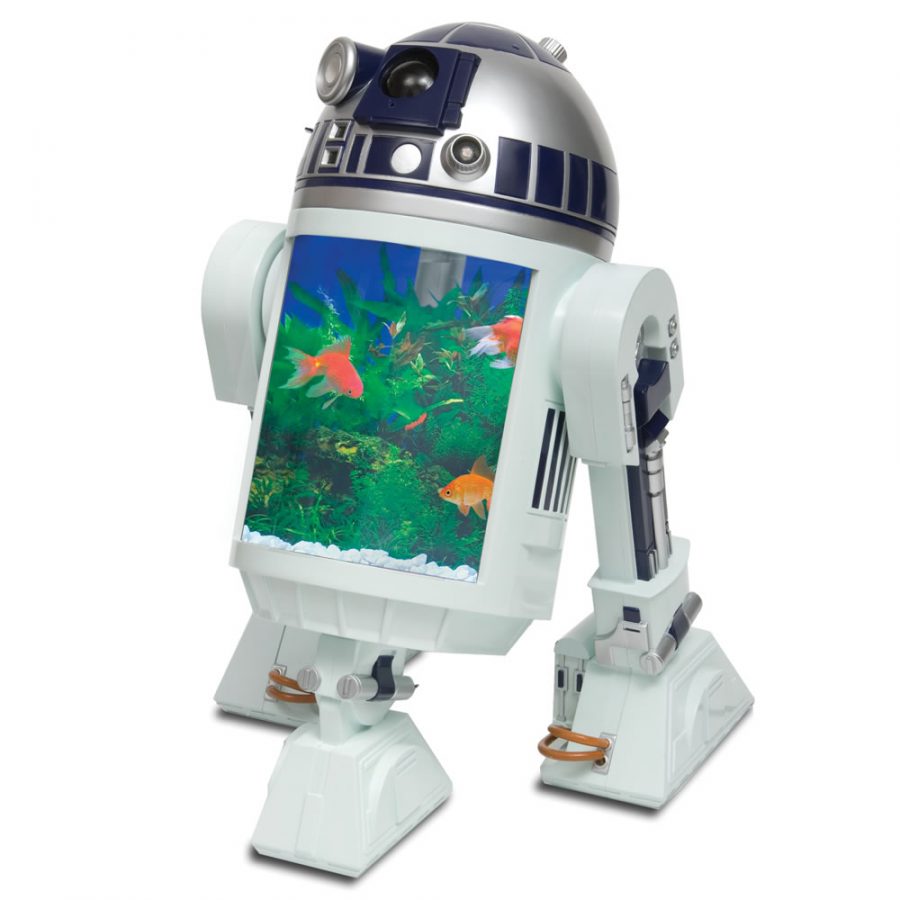 It’s not often that you can’t improve on a press release, but… “Modelled after the most well-known astromech droid in the galaxy, this R2-D2 holds a 1 3/4-gallon aquarium tank in his central compartment, ideal for a small freshwater family of goldfish, gouramis [?] or tetras [??]. The domed head rotates with any [!!!] vocal command you issue and he utters his familiar “bleeps” from the Star Wars movies.

His radar eye houses the eyepiece to a built-in periscope that provides an intimate view of the aquatic activity below, allowing you to watch your charges swim towards the food you’ve dropped in from the dome’s removable feeding door. Includes overhead LED tank lights that randomly morph between red, blue, and green and a two-sided waterproofed cardboard insert depicting scenes from the movies as a background. Plugs into AC. 20” H x 14” W x 14” D. (9 lbs.)” 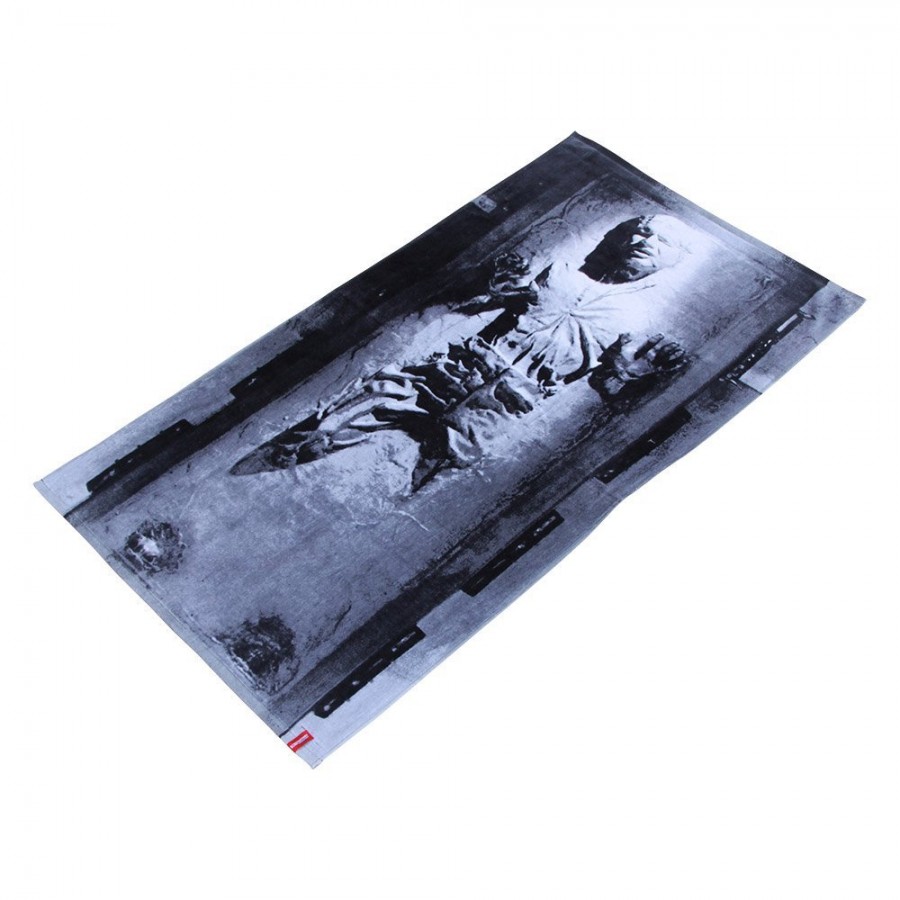 To borrow a line from ’80s comedy behemoth and walking Rorschach Test Andrew ‘Dice’ Clay, whoever buys one of these is a sick, confusing motherfucker indeed. What message are you sending out to the world with this? “I’m such a Star Wars nerd that I spend all my tragic beach holidays squatting my salty rump on the calcified face of a man locked, screaming into an unknowable eternity of existential terror and wordless, breathless panic. What’s that..? Another stubby of Heineken and a game of strip-Hologram chess? Rah-rah-rah!” If anyone ever gives you one of these, fill it full of oranges and pummel them to death. 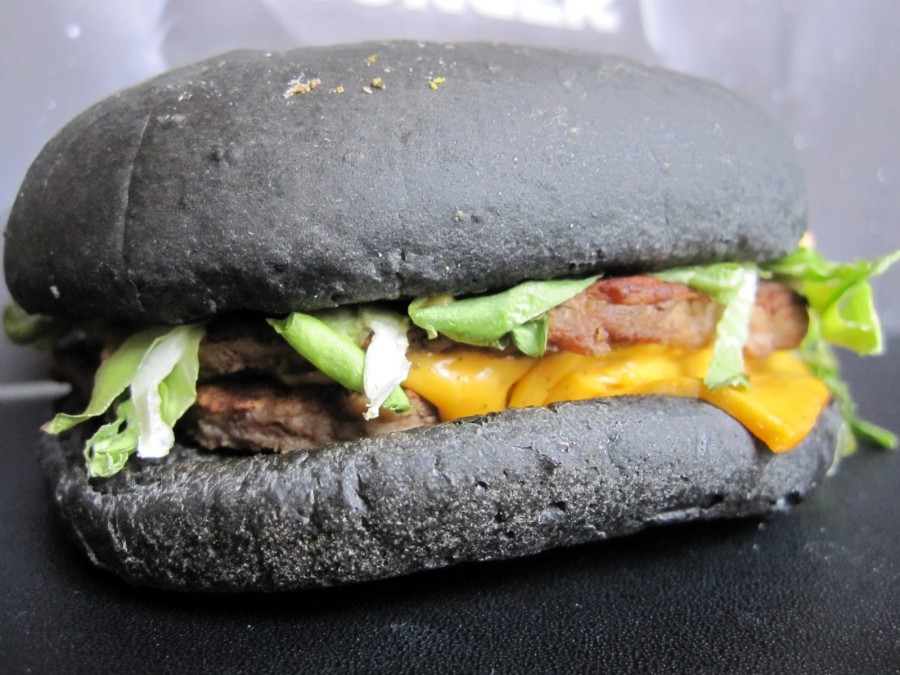 It may arguably have looked reasonably badass in the advertising bumf, but the grim actuality of Burger King’s short-lived Sithburger looked more like an ashen, mildewed cousin to Homer Simpson’s 6ft hoagie than anything properly edible. The Japanese version (this particularly delicacy was only ever offered in Japan and France – make of that what you will) went a step further into the dark side by adding inky garlic sauce and grief-stricken black cheese to the ‘combo’. How much more black can you get? The answer is none. None more black.