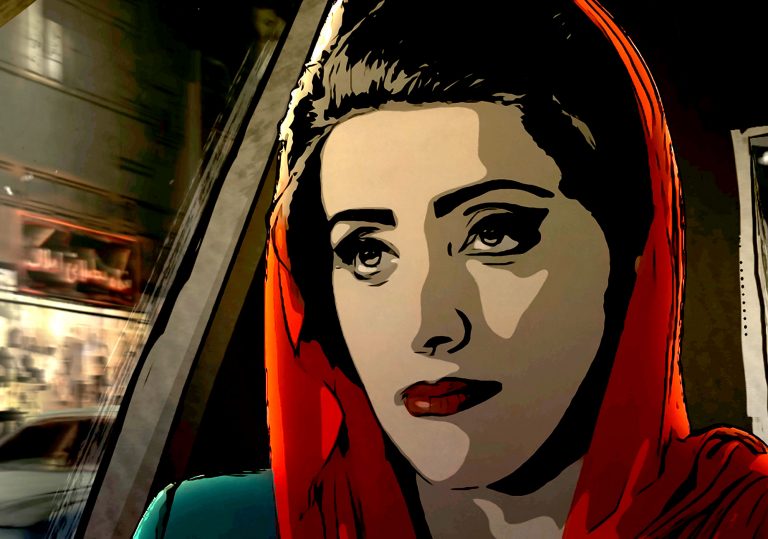 An engrossing story and characters, depicted in a visually stunning manner.

A striking debut feature from Soozandeh. Very excited to see what he comes up with next.

As its title suggests, Ali Soozandeh’s Tehran Taboo explores various issues in modern-day Iranian society – issues that are myriad, complex and not commonly discussed within the country. Specifically, the film looks at the sexual restrictions placed upon those living in the eponymous capital city, especially those which apply first and foremost to women.

Having left his homeland for Germany 23 years ago, Soozandeh is one of the few Iranian filmmakers working today with a decent measure of creative freedom, operating as he does outside of the strict censorship laws imposed by the state. Soozandeh, who previously made his name as an animator on Ali Samadi Ahadi’s 2010 documentary The Green Wave, about Iran’s so-called ‘Green Revolution’, certainly makes the most of this opportunity, creating an eye-opening and often harrowing depiction of middle class life in the city.

The film principally follows the lives of four people: Pari (Elmira Rafizadeh), a mother forced into prostitution; Sara (Zahra Amir Ebrahimi), her pregnant neighbour; and Babak and Donya (Arash Marandi and Negar Mona Alizadeh), a young couple who are shown having sex at a nightclub. The respective arcs of these characters become intertwined over the course of the film’s 90-minute run time, as each encounters different challenges arising from the repressive society in which they live.

Tehran Taboo was made using rotoscoping, a technique combining animation and live action where motion capture footage is shot and then traced over to create an animated effect. This proved to be an inspired decision. Of course, it does mean that some of the realism is lost, but this is not necessarily a bad thing. Instead of exposing viewers to an unfiltered view of what is an inescapably bleak social environment, Soozandeh depicts the complex real-world issues facing the residents of Iran’s capital city with striking and vibrant imagery. A stunning colour palette, coupled with people and places that feel nothing if not authentic, makes for an effective blend of fantasy and reality.

The opening scene, in which Pari is shown performing sexual acts on a taxi driver while her mute son sits in the back seat, is particularly arresting. But thanks largely to a strong script that serves up a compelling narrative and empathetic characters, the film manages to avoid excessive political hand-wringing. Its message is clear, yet for every shocking scene of a prostitute working in front of her child or a cat being clubbed to death in the street, Soozandeh shows us children playing, mothers laughing and other images of everyday human compassion.

That being said, Tehran Taboo occasionally feels a little contrived in the way it communicates various social issues. While these messages often fit seamlessly into the plot, there are times when Soozandeh takes us out of the story momentarily. Nevertheless, in a film that is clearly striving to make an impact in Iran, placing greater emphasise on the social commentary aspect of the story is perhaps a necessary means to an end

An engrossing story and characters, depicted in a visually stunning manner.

A striking debut feature from Soozandeh. Very excited to see what he comes up with next.