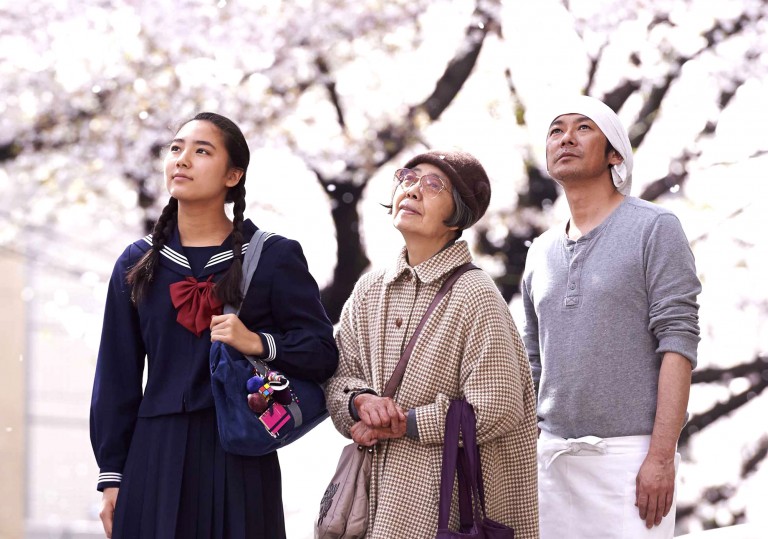 Oh no, not the dreaded Kawase!

No pretension or faux-poeticism – just a well-made domestic drama.

Maybe this is a new phase for the maligned director?

Somehow, the Japanese director Naomi Kawase has developed something of a toxic reputation in the west. This might be due to the fact that her films often play in high profile slots at certain major European film festivals, and then are seldom seen again after being met with a polite response by critics. Matters hit a nadir in 2014 with her disastrous, depressive teen love story Still the Water, the first of her films to receive distribution in the UK. Her new work, Sweet Bean, settles the scales a little. It’s no masterpiece, but it’s a solid and surprising melodrama that draws on the classic model of inspirational little old ladies as seen in films like Cocoon or Driving Miss Daisy.

The title refers to the paste which is spread between two small pancakes and sold as a popular snack food in Japan – known as Dorayaki. Masatoshi Nagase plays Sentarô, the strangely lackadaisical owner of a Dorayaki concession, whose bean paste recipe is solid, but far, far from exceptional. But he cares not. He just wants to get through the day, serving the same couple of regulars and then getting the hell out of there. Yet one day the great Japanese actress Kirin Kiki (playing Tokue) waddles up, determined to convince Sentarô to switch to her superior recipe.

And just at the point where you think that everything’s about to wrap up nicely, with quality craftsmanship and dedication winning out the day, the film makes a skidding hand-break turn into the truly bizarre. The less you know about what happens in the film’s closing stretch the better, but it’s rather a bold acknowledgement that life is beset with random tragedies and upsetting revelations which constantly threaten to upend the status quo.

This maybe won’t be the film that has Kawase fast-tracked into the auteur A-leagues, but it certainly shows that she can “do” robust, conventional storytelling, and then add some late-game ingredients which serve to sweeten rather than sour the overall taste.

Oh no, not the dreaded Kawase!

No pretension or faux-poeticism – just a well-made domestic drama.

Maybe this is a new phase for the maligned director? 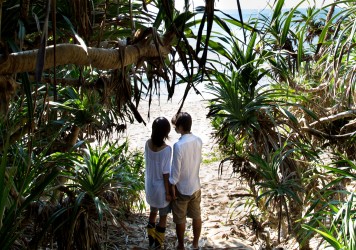 This Japanese teen love story from Naomi Kawase is mired in emo histrionics and limp drama.