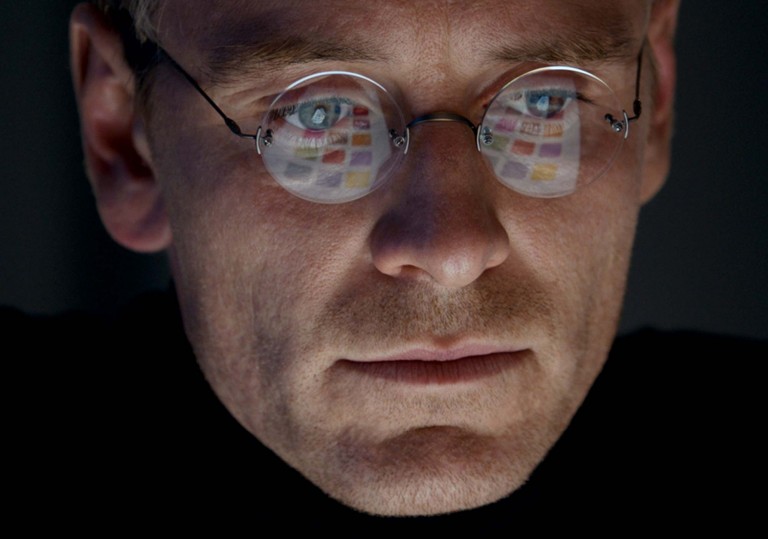 Jobs for the boys.

Although the co-authors of Steve Jobs have worked across various genres in long careers, neither have monkeyed significantly with their signature moves. Director Danny Boyle is known for his energetic, whiz-bang formal maximalism, generally appropriate for stories about drug-addled Scots (Trainspotting), or zombies marauding through London (28 Days Later…), but less so for depicting a trapped climber forced to snip off his own arm (127 Hours).

In both television (The West Wing, The Newsroom) and film (The Social Network), screenwriter Aaron Sorkin has pioneered a brand of hyper-caffeinated, walk-and-talk ear-bending that’s left scores of American donkeys lamenting the loss of their hind legs.

On paper, the marriage of such unbending authorial force with a subject as intimidating as the late inventor of products like the MacBook this review was written on – played here with icy, smirking cockiness by Michael Fassbender – is an intriguing fit. As exemplified most harshly by Jobs’ steadfast refusal to publicly credit co-founder of Apple Inc, Steve Wozniak (Seth Rogen) for his contributions to the company, the spiky boffin was no natural collaborator. Rather he maintained a staunch belief in the efficacy of control freakery, with undeniably successful results.

It’s actually Sorkin who wins out here. His screenplay is rigidly schematic, unfolding in three long, chamber piece-style acts all set on the eve of major product launches: the Macintosh in 1984; Jobs’ NeXT education computer in 1988; and finally the glowingly transparent iMac in 1998. Like Boyle’s Slumdog Millionaire, which was elaborately constructed around TV quiz show questions, such strictures engender mixed blessings. 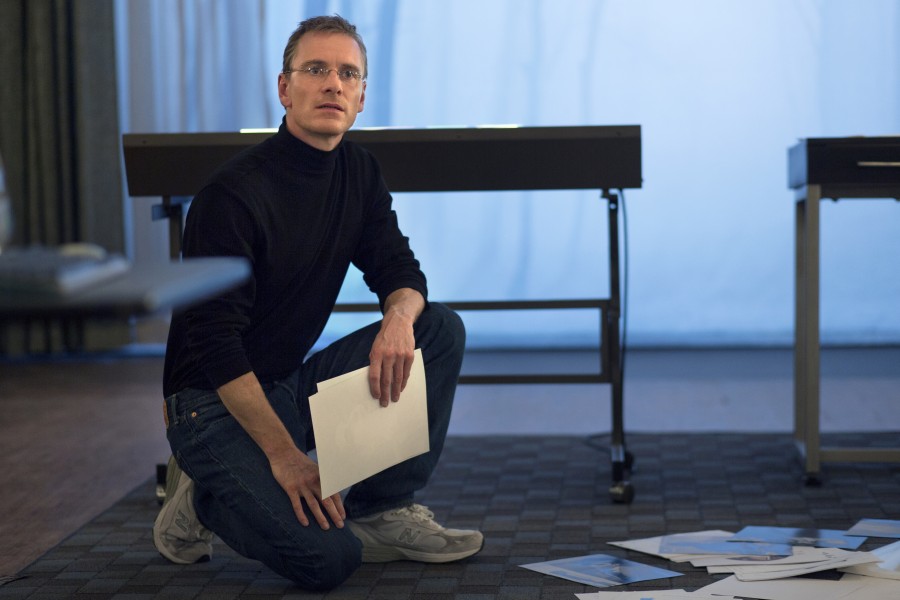 On one hand, setting the film exclusively in moments of high stress – almost always indoors, in dressing rooms and corridors – fosters a bracingly hermetic quality. There’s an immersive immediacy to the opening act especially, as Jobs attempts to balance the strain of a visit from Chrisann (Katherine Waterston), the extremely disgruntled mother of his child, with a serious technical cock-up that his colleague Andy (a bulked-up Michael Stuhlbarg) is struggling to rectify.

Jobs also gets to engage in some quick-fire patter with his Polish assistant Joanna (an amusingly no-nonsense Kate Winslet). As the film ploughs ahead, enlivened by Alwin Küchler’s prowling cinematography and Elliot Graham’s propulsive editing, its general vibe is like an inverted take on Sting’s famed lovemaking technique: all climax, no build-up.

Sadly, Sorkin’s scripting stranglehold robs Steve Jobs of nuance. Character and story are left serving the form, rather than the other way around. Little is illuminated about Jobs other than that he’s incompatible with others, emotionless and terrifyingly smart (say, like an Apple computer, perhaps?), before he learns some brisk life lessons in time to build some bridges with his daughter. (The filmmakers’ callous vilification, then total sidelining, of Chrisann – and consequently the criminal waste of the excellent Waterston – should also be noted).

Most of all, though, Steve Jobs is scuppered by its repetitive nature, with Sorkin’s overly verbose dialogue and Boyle’s proclivity for on-the-nose visual statements sorely testing the patience, even if one is prepared for them.

Jobs for the boys. 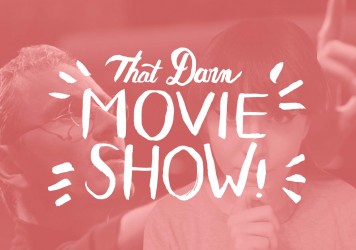 Our resident vlogger scans for something resembling a heart in this slick but soulless biopic.