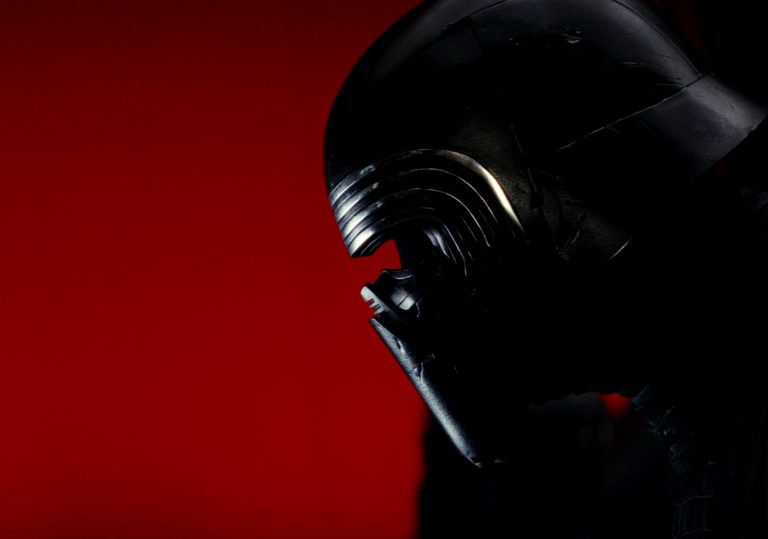 Matching The Force Awakens is a tall order.

By Jove, Johnson’s done it!

The future of the galaxy has never been in safer hands.

Everything comes down to hope. In these troubled times we live in, it’s all too easy to rest on pessimism. It’s easy to arch eyebrows and roll eyes, to close yourself off from the litany of cultural, social and political maladies in the name of self-preservation. Hope is difficult. Hope is painful. Hope means accepting that humans, for all their many, many faults, are a species that survives only on the notion that things can (and, with a little perseverance, will) get better. It’s this spark which has managed to sustain life for thousands of years – if nothing else, we’re a scrappy lot.

Every single day we’re reminded of own our frailty and folly through a constant barrage of stories about the new and disturbing ways we find in which to tear ourselves and our planet apart. It’s easy to lose sight of the truth which has always been such: while a glimmer of hope survives, so do we. In Star Wars: The Last Jedi, Rian Johnson isn’t just selling us the latest instalment of a billion-dollar saga. He’s selling us the notion that surviving isn’t just something you do – it’s something you have to believe in.

I didn’t always believe in survival. For a very long time, I believed in as close to nothing as a person can get. I credit many things with pulling me out of the horrific depression which consumed the majority of my youth, which made me scared and angry and sad, but most of all, feel the absence of emotion. The great void where you become so desperate to experience any sort of catharsis, you become unconcerned with the path that you take to get there. In The Last Jedi, the void is physical and metaphorical – and hope is the smallest Rey of light, defiant in the face of that which would see it extinguished. 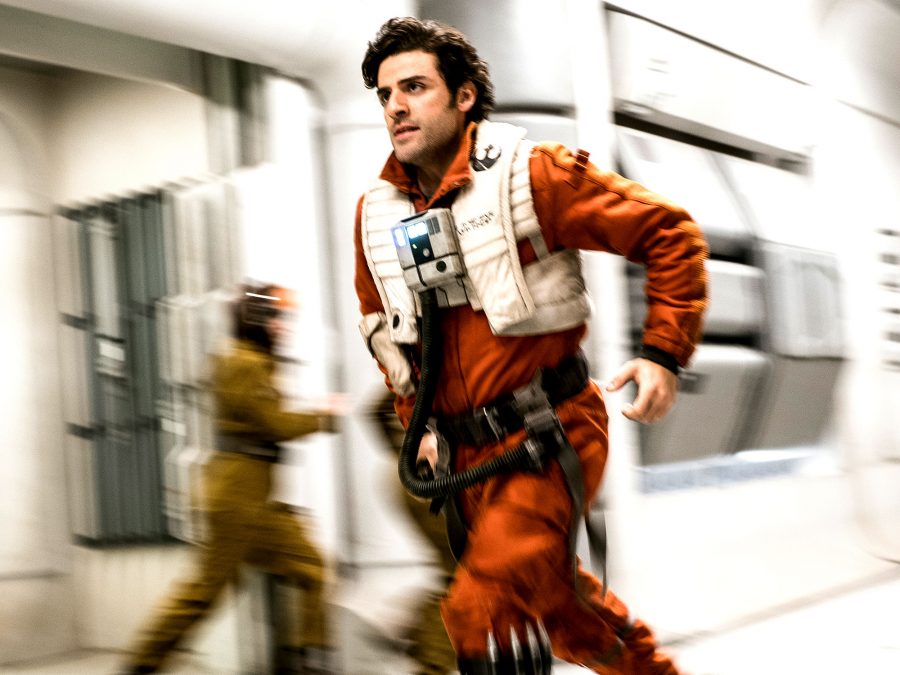 Picking up where The Force Awakens left off, we find our heroes scattered across the galaxy. Having found Luke Skywalker (Mark Hamill) in his self-imposed exile, Rey (Daisy Ridley) sets about trying to convince him to return to the Rebellion to finish what he started. Flying ace Poe Dameron (Oscar Isaac) and General Leia Organa (Carrie Fisher) lead an attempt to shake the grip of the nefarious First Order, while reformed Stormtrooper Finn (John Boyega) wrestles with his identity. All the while, Kylo Ren (Adam Driver) receives the performance assessment of the century from Supreme Leader Snoke (Andy Serkis). In the director’s chair, Johnson appears unfazed by the daunting task of having to weave these narrative threads into a single coherent tapestry, evolving the developmental arcs of characters both new and old.

It helps, of course, that he is blessed with an exceptionally talented cast. Isaac is given more screen time to be terminally dashing and well-meaning-to-a-fault, while Hamill’s return to the saga is treated with the just the right amount of reverence. Boyega strikes up an unlikely friendship with spiky newcomer Rose (Kelly Marie Tran) as they set off on a side mission of their own. In a franchise that has always celebrated outsiders and connected families, the easy chemistry and blossoming companionship of this pair is particularly poignant – as is the positioning of Vice Admiral Amilyn Holdo (Laura Dern) as a stern peer of Leia’s. More than ever the Resistance feels like a fleshed-out organisation in which there are no small roles. It feels like a family.

Across the universe, Kylo Ren and Rey each struggle to find their place in the order of things. Driver continues to prove his might as the First Order’s enfant terrible – those big brown eyes swim with a conflict so palpable it might as well be a blaster shot straight to the chest. Ren might have been an angsty brat in The Force Awakens, but in The Last Jedi he’s wrestling with something much deeper than daddy issues. Similarly, Rey continues her personal quest, turning to Jedi Master Skywalker for guidance while striving to resist Ren’s magnetic pull. She sees in him what she sees in herself: a desperation to belong to something or somewhere. This conflict is well-established within the Star Wars realm, and just as young Skywalker looked to the binary sunset on Tatooine for his destiny, so do Ren and Rey. 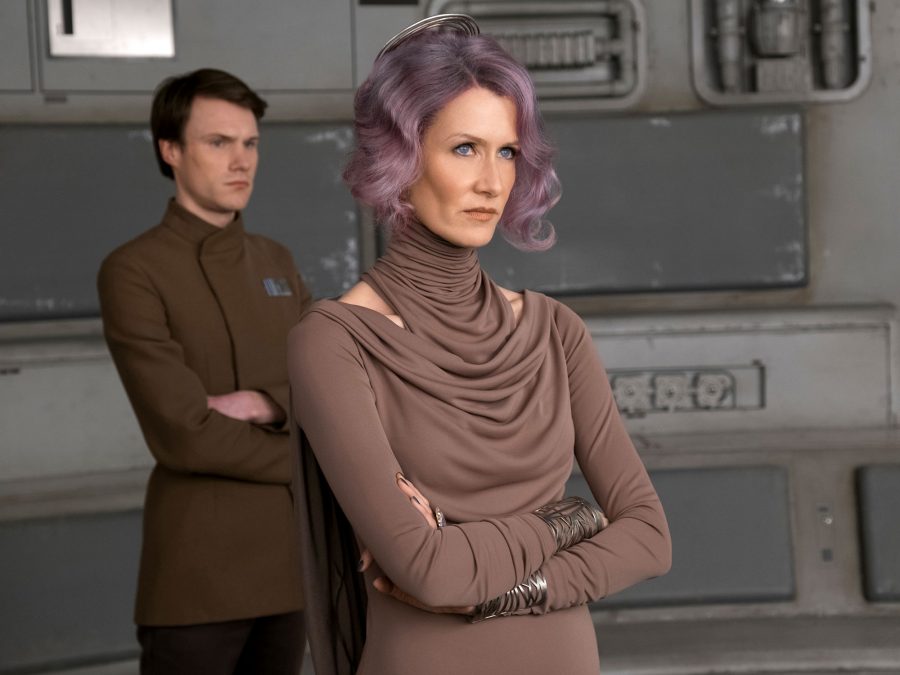 But nostalgia can only get you so far. The real success of The Last Jedi lies not in the affection it clearly holds for George Lucas’ original trilogy, but the way it manages to move the story forward. “Let the past die,” urges Ren, and he has a point. One of the criticisms levelled at The Force Awakens was that it felt too much like a greatest hits package tailored towards an audience who had grown up wielding plastic lightsabers around their backyard. Whether you agree with that sentiment or not, it’s difficult to level the same argument at The Last Jedi.

The battle scenes are as thrilling as they’ve ever been, particularly the glorious white-and-red spectacle glimpsed in the film’s trailer. As in Johnson’s 2012 film Looper, each and every set-piece here is beautifully staged and never superfluous. Right from the opening scene, he puts his own stamp on proceedings without it ever seeming like an exercise in vanity. It’s little wonder he’s been entrusted with three more Star Wars films.

The Last Jedi is a little rough around the edges. There’s a sense of narrative misdirection which grates slightly, and while not quite overlong, one or two scenes could have easily been cut for a leaner pace. The thing is, Star Wars has always been a bit messy, a little hokey even. If The Last Jedi were a person, it would be a gap-toothed child with a grin like an intergalactic sunrise – part of its charm is the unruly cowlick sticking up on its head. 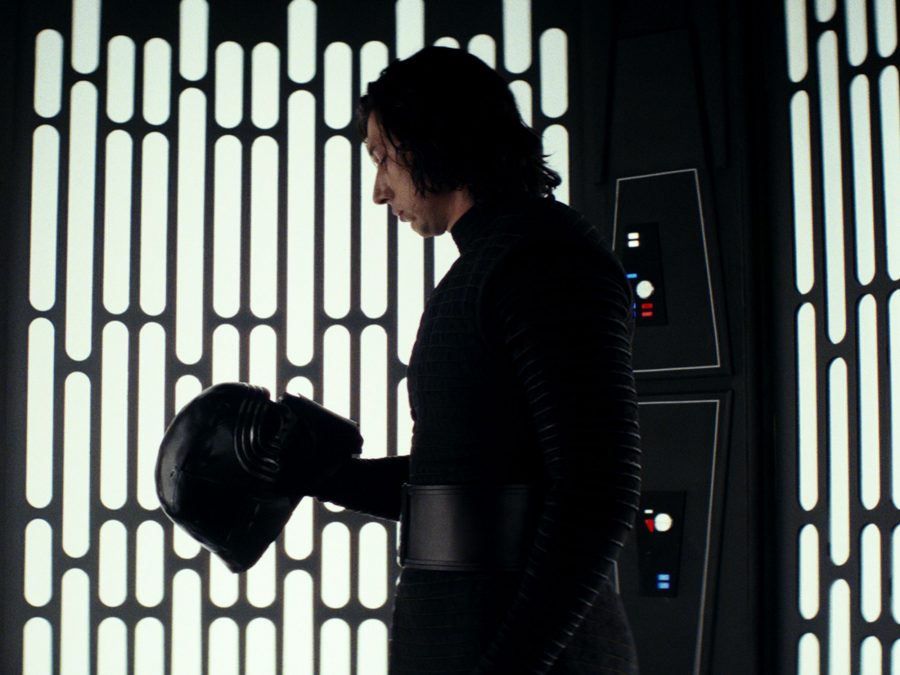 There’s no escaping the twin themes of birth and death which make The Last Jedi the most emotional instalment in the saga to date. Some things must die in order for Star Wars to progress, and it’s accepting this loss and how to move forward from it that enable us, like the franchise, to grow. Case in point: the loss of Carrie Fisher really hits home when you see her shine as Leia for one last time. But if Star Wars has taught us anything, it’s that death is never the end. That’s what hope is all about.

Johnson nails the crucial moments in his script, creating a sense of slack-jawed wonderment not seen in this series since James Earl Jones uttered the immortal words: “I am your father.” He combines these with a healthy dose of intergalactic weirdness, including the Ewok-esque Porgs, which serve as a convenient merchandising point and source of light slapstick humour. One of the things that has always set Star Wars apart from similar sci-fi blockbusters is its total earnestness. It invites us to believe in a human struggle taking place in a fantastic setting. The Last Jedi is no exception, transporting us to distant reaches of a galaxy where anything is possible. Where anything has to be possible.

Matching The Force Awakens is a tall order.

By Jove, Johnson’s done it!

The future of the galaxy has never been in safer hands.