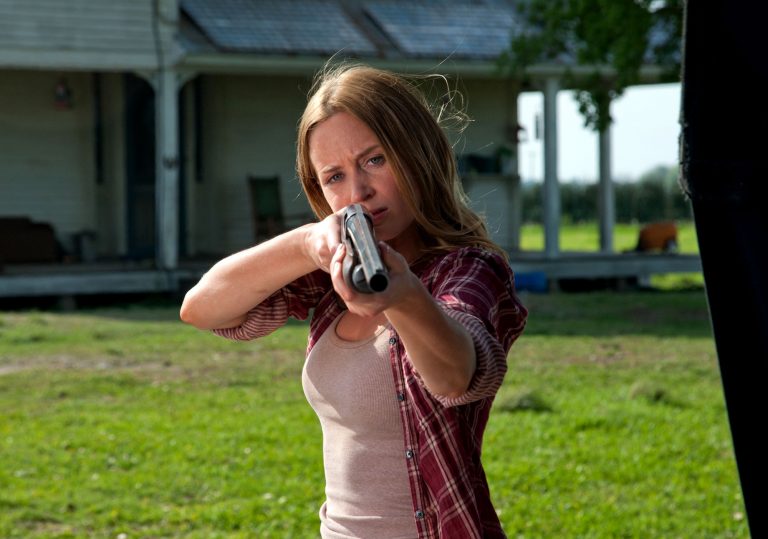 Rian Johnson has much to prove.

Say what you want about Rian Johnson, but he’s not for turning. The filmmaker, who made a splash with Brick before drowning in The Brothers Bloom, has doubled down with his most stylish, violent and out-there offering to date. Looper is an almost-classic slice of alt-sci-fi, a time-travel film of daring and vision that nearly but not quite collapses under the weight of its own ambition.

As is often the case with these things, the plot is a tangled web of intersecting perspectives, realities and possibilities – some realised; others not. Joseph Gordon-Levitt is Joe, a ‘looper’, a contract killer employed in 2042 (here realised as a steampunk mash-up of Blade Runner, Children of Men and Akira’s Neo Tokyo) to murder the victims of a criminal syndicate 30 years in the future. But every loop will eventually be closed – the looper forced to kill a future version of himself.

For this he’ll receive a payout, a pink slip, a pat on the back and 30 years to come to terms with the fact that his card is marked. No wonder Joe lives every day like it’s his last – somewhere in the future it is. But when the day finally arrives in his own present that Joe comes face-to-face with his future self (Bruce Willis), everything changes. It’s here that Looper begins a series of extraordinary spasms, jerking one way then the other through a narrative of child murder, comic- book vengeance and mutant X-kids.

It’s a genuinely shocking, often baffling, sometimes ropey, but never less than compelling trip through the nether regions of Johnson’s mind as processed through the movies of Ridley Scott, James Cameron, Frank Miller and Shane Carruth. As older Joe says to himself (well, his other self) in a diner scene, it’s best not to think about it too hard. And where, in another film, that would be an admission of failure, here it makes sense.

We’ve all seen enough time-travel movies to know that certain logic-traps are best ignored, and Johnson earns the right to this suspension of disbelief. Looper is so committed to its own special brand of crazy that it begins to make a kind of beguiling sense. In amongst other weirdness, Gordon- Levitt spends the whole film encased in a light dusting of facial prosthetics and CGI. He looks like an alien pretending to be Joseph Gordon-Levitt, until you realise he’s actually a human pretending (brilliantly) to be Bruce Willis.

Willis himself re-enacts the manic hysteria of James Cole from Twelve Monkeys, before committing one act (albeit off camera) that some audiences may find hard to forgive. Looper exists in a constant state of tension, pushing the limits of both morality and credulity.

But it’s spurred on by bigger questions. What would you do for the life you thought you deserved? What price would you pay today if the wages of sin weren’t exacted for 30 years? This is so nearly the kind of movie that killed Richard Kelly’s career: millennial, garish and uncompromising to a fault. But it swaggers around with such confidence that it succeeds through sheer force of personality. Where the ascetic grandeur of Prometheus was icily pristine, Looper dirties up the sci-fi genre in the most refreshing way.

Rian Johnson has much to prove. 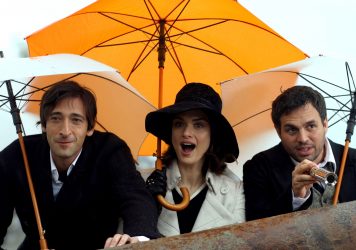