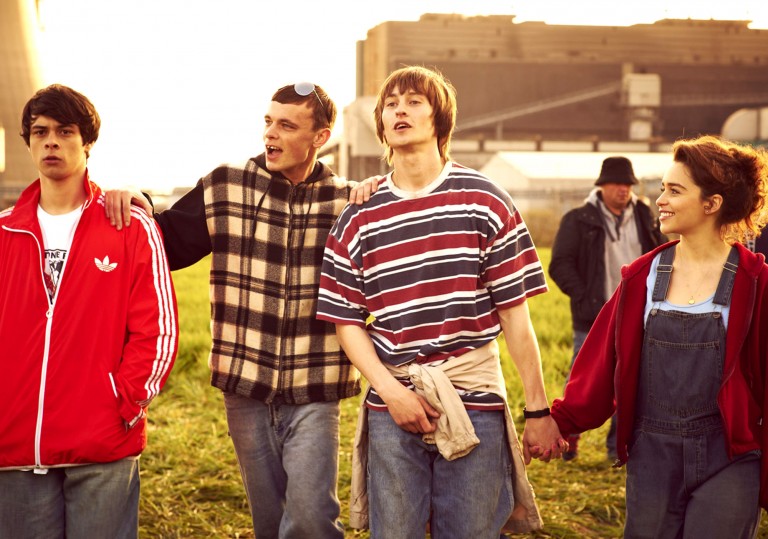 From the director of Sex & Drugs & Rock & Roll…

A perfect partner to Shane Meadows’ recent The Stone Roses: Made of Stone.

When LWLies visited the set of Spike Island back in March, writer Chris Coghill told us that it was his love letter to The Stone Roses. Whether you’re a fan of their music or not, anyone who’s been fired with a teenaged passion for their favourite band that carried through to adulthood will feel the energy in a lovingly crafted coming-of-age tale that follows five Manchester lads, with rock ‘n’ roll ambitions of their own, over a weekend that will change their lives forever.

Coghill couldn’t get a ticket for the Roses’ legendary gig at the site of an old power station in Widnes back in the summer of 1990. His lament for that missed moment fuses a sharp and funny script, capturing an era when Madchester was the centre of the musical universe.

Director Mat Whitecross works wonders on a small budget and, just as he did with the engagingly surreal Ian Dury biopic Sex & Drugs & Rock & Roll, delivers a big experience with the inventive use of graphics and some breathtaking 3D trickery to bring the gig to life.

Crucially, the film had the support of the band whose music is omnipresent here and helps define the narrative as the boys chase the Fools Gold of tickets on their way to their Mersey Paradise. And it’s the chemistry of the leads that makes a journey, not simply rose-tinted, believable. Elliott Tittensor has the natural swagger of a magnetic indie front man leading his band of merry men on a mission to see their heroes while Game of Thrones star Emilia Clarke balances the bravado as muse Sally.

Deserving a place in the Brit music movie canon alongside the likes of Control and 24 Hour Party People (where Coghill played Happy Mondays mascot Bez), Spike Island reminds us of the power music has in any rite of passage during the glory of one great night out with your mates.

From the director of Sex & Drugs & Rock & Roll…

A perfect partner to Shane Meadows’ recent The Stone Roses: Made of Stone.