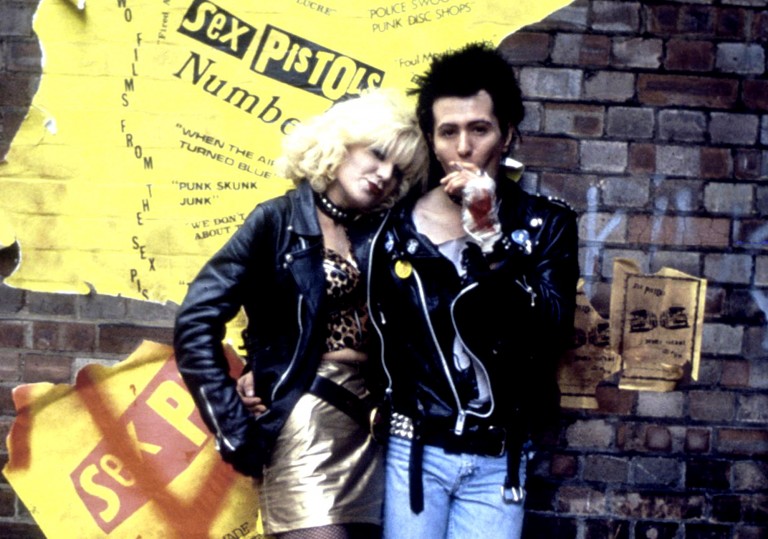 Alex Cox’s most clean-cut movie – the one about the Sex Pistols.

Well put together, but something of an ordeal to get through.

At its best when it toys with biopic convention, which is not often enough.

It’s strange that a movie about the band who embodied the filth and the fury of the punk movement should be a relatively clean-cut affair. Sure, Gary Oldman (back when Gary Oldman was a kamikaze character actor) brings as much as he can to the role of spotty herbert and Sex Pistols’ bassist, Sid Vicious, but there’s something just a little affected about his turn. The rivers of gob and the tipsy stumbling feel too much like a trained actor mimicking a real person, and then dialling a specific set of mannerisms up to as-yet-untested levels. Sure, it’s compelling in the same way as watching a drunk man climb a scaffold is, but it’s a distancing, revolting performance, a horror show of self-involved wretchedness which borders on the inhuman.

His sparring partner and bleach-blonde lovergirl is Nancy Spungen (Chloe Webb), potentially the most aggressively shrill character ever to be captured on film. Her regular Noo Yoik shrieks of “Siiiiiiid!!!” are like nails running down a blackboard while a hound-dog yelps in unison. It’s quite a feat, as Spungen is presented as almost wholly unpleasant from the very first scene where she’s seen as willing to do anything it takes for some drug money. Unlikable though she may be, there’s the sense that director Alex Cox knows what he’s doing, and it thus makes their sordid, tactile love affair seem rather miraculous. Like a Bonnie and Clyde without the methadone instead of Tommy guns.

Though the film offers a rudimentary history of the band, its focus remains on the title characters as they gravitate away from the booze-soaked tour circuit and to a room in the Chelsea Hotel where they allow themselves to disintegrate. There are no scenes of high drama when Sid departs from the band, as it’s felt by his entourage that he’s barely a functioning human and has long taken off down the highway to hell. The film asks: what if two such outcasts were to come together?

There is a genuine fondness for the period recreation and the punk scene itself, but where’ Cox’s film is best is as a hushed tale of lethargic amour fou. Those short bursts where the incessant screaming and abuse come to a natural pause, and the pair talk to each other in a whisper, are the film’s strongest scenes. The loud-quiet-loud dynamic also keeps with the dyspeptic spirit of punk music itself. It’s a solid film, and definitely interesting as biography. Yet it’s the sequences where Cox allows his mind to wander – such as a dream sequence where Sid sings My Way and blast holes in the applauding audience – where the film comes into its own.

Alex Cox’s most clean-cut movie – the one about the Sex Pistols.

Well put together, but something of an ordeal to get through.

At its best when it toys with biopic convention, which is not often enough. 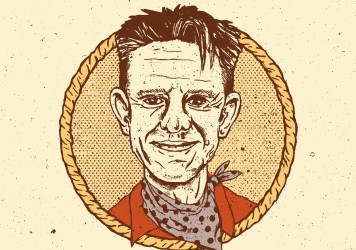 Alex Cox: ‘I’m more sympathetic to Lydon’s point of view than ever’

The director of Sid and Nancy reflects on the mistakes he made and discovering Gary Oldman.