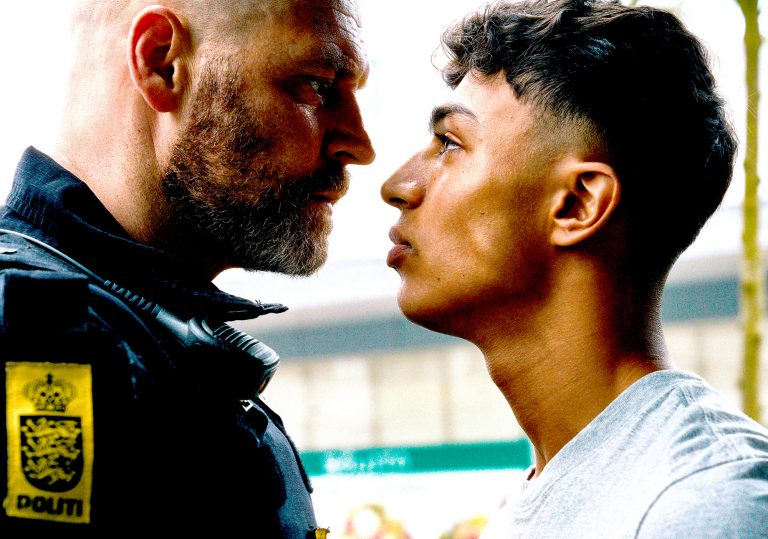 Danish cop thriller with a BLM-ish theme? Could be good.

The excitement rarely lets up and there’s plenty to think about, despite lapses in originality.

However you feel about the boys in blue, this is an action-packed, socially-conscious thriller.

This slick crime-thriller sees civil unrest spill over on the streets of Copenhagen as the boys in blue lose control.

Shorta, named for the Arabic word for police, is a lean cop thriller that explores the moral and physical aspects of urban conflict. Writer/director duo Anders Ølholm and Frederik Louis Hviid’s debut feature has a sharp pace, impressive verisimilitude and sympathetic characters culled from across the racial divide and whose motivations are clear.

Though primarily concerned with a harrowing extended shift for Copenhagen coppers Mike Andersen (Jacob Lohmann) and Jens Høyer (Simon Sears), Shorta kicks off with a snapshot of the violent arrest of a 19-year-old Muslim man a few nights before. In early conversations at a police station we learn that Høyer witnessed the arrest and that two fellow officers likely went significantly overboard in their duties as Hassi is now in a coma. There is evidently some concern from the higher-ups about how willing Høyer is to keep schtum about what he may have seen, so he is partnered with no-nonsense stalwart Andersen.

In the patrol car, it becomes clear that Andersen – though tough, dependable and street-savvy – is a ghastly racist who makes no bones about his feeling for Romani people and Muslims. Høyer keeps quiet during Andersen’s rants but his silence and doubting eyes say more than an angry response could. When the pair follow a car containing a known criminal, they end up at Svalegården, a labyrinthine housing estate mainly populated by immigrants they had been warned not to visit. 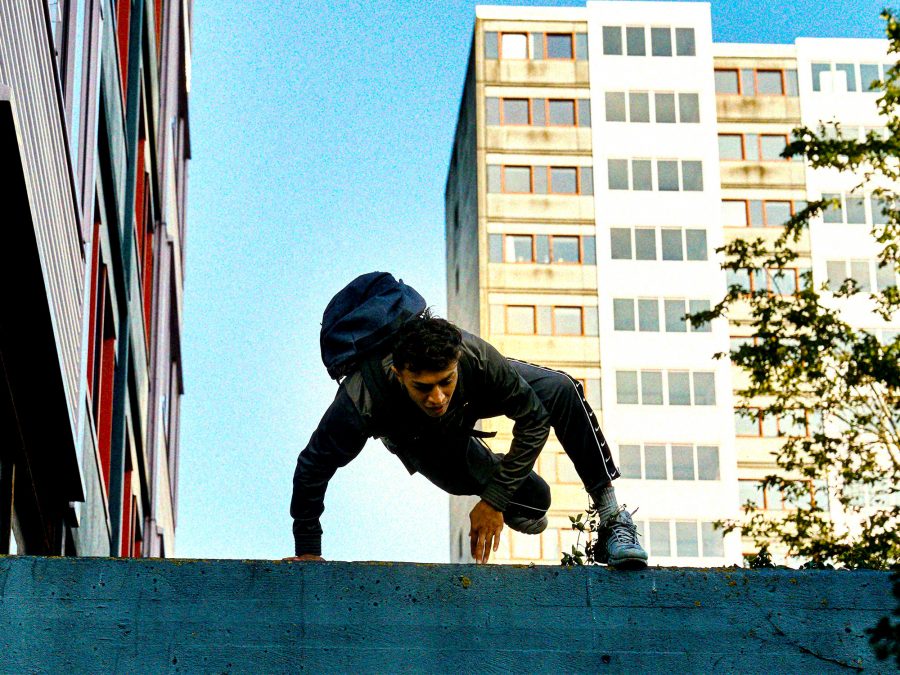 Soon, a teen footballer named Amos (Tarek Zayat) who Andersen unjustly searches and humiliates throws a milkshake at their car. They arrest him but, as they return to base, news of Hassi’s death filters through to them and the estate’s residents. Rocks are thrown at their car windows and the trio find themselves trapped as riots break out in Svalegården and across the country. A tough night awaits before they can make their escape.

In a social climate in which riots, racism and regrettable police actions are rarely far from the news, Shorta hits home. Høyer, Anderson and Amos verbally and physically come to blows with one another and try to avoid the violent uprising throughout the fictitious but believably-depicted Svalegården, in stairwells, toilets and car parks. Lohmann, Sears and Zayat are excellent, each compromised by their own social conditioning and fighting against themselves, as well as foes armed with bricks, guns and Molotov cocktails.

Its plot is a lawman reversal of Walter Hill’s The Warriors, though the tone here is more serious than Hill’s film. As a statement of intent, Shorta recalls high-rise hotbeds such as Ladj Ly’s Les Misérables or La Haine in its urgency. That said, lighter moments also work well, particularly a calm section when football chat includes Andersen’s mockery of Premier League side Arsenal.

The occasional on-the-nose movie coincidence and rote plot point is forgiven as we speed to a denouement that is tragic but rings true. Though Ølholm and Hviid rely on a few genre clichés, theirs is a gripping story told with purpose.

Danish cop thriller with a BLM-ish theme? Could be good.

The excitement rarely lets up and there’s plenty to think about, despite lapses in originality.

However you feel about the boys in blue, this is an action-packed, socially-conscious thriller. 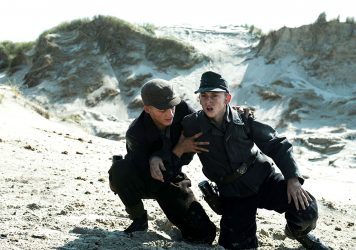 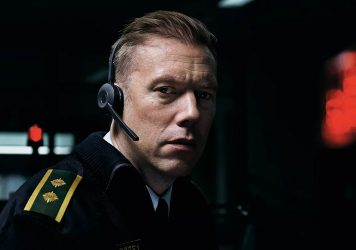 An emergency responder deals with a traumatic phone call in this intriguing Danish thriller.