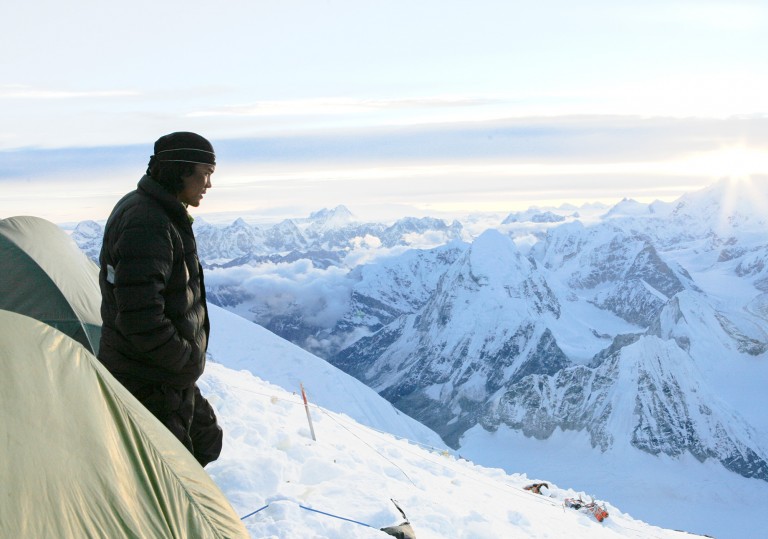 We enjoyed the Jake Gyllenhaal disaster movie, but it feels too soon to be making a return trip to Everest.

A compelling chronicle of exploitation and endurance at 21,000ft.

In telling the Sherpas’ story, Peedom has delivered a damning indictment of Western imperialism.

Next time you’re sat doing a pub quiz and the question ‘Who was the first person to reach the summit of Mount Everest?’ comes up, you might want to think twice before scribbling down the name ‘Edmund Hillary’. True, the New Zealand explorer stood atop the world on 29 May, 1953, but he wasn’t alone.

By Hillary’s side that day was Tenzing Norgay, an influential Sherpa mountaineer who has been a footnote of one of the defining moments of the 20th century for over 60 years. Thanks to the persisting ignorance of Western media, Norgay’s legacy survives almost exclusively through Himalayan folklore. This fascinating documentary from Australian director Jennifer Peedom sets the record straight by acknowledging Norgay’s achievements, unpacking various myths surrounding the Sherpa people before attempting to understand their changing role in what is now a major tourism industry.

Everest was once the ultimate symbol of human endurance which only an elite, experienced few were able to conquer. Today it’s a playground for wealthy thrill-seekers who assemble en masse at one of two permanent base camps each summer hoping to scale not-so-new heights (the search term ‘Everest selfie’ speaks volumes). Over the past decade or so this influx of casual climbers has turned this once noble activity into a circus, putting a huge strain on the Sherpa community in the process.

Peedom was compelled to investigate upon learning of a serious altercation that occurred in 2013 when a European climber was accused of insulting a Sherpa. Tensions run high throughout this insightful, sensitive (and crucially apolitical) portrait of Everest’s long-exploited indigenous population, as several seasoned white expedition leaders are made to defend their lucrative position as intermediaries between the foreigners (who pay upwards of $90,000 for the experience) and locals (some of whom can earn up to $5,000 in a good season). It all comes to a head when Peedom’s lens opportunely captures a tragic incident involving a group of guides on the Mountain’s most treacherous stage, the shockwaves of which elevate Sherpa’s emotive message to another level.

We enjoyed the Jake Gyllenhaal disaster movie, but it feels too soon to be making a return trip to Everest.

A compelling chronicle of exploitation and endurance at 21,000ft.

In telling the Sherpas’ story, Peedom has delivered a damning indictment of Western imperialism.