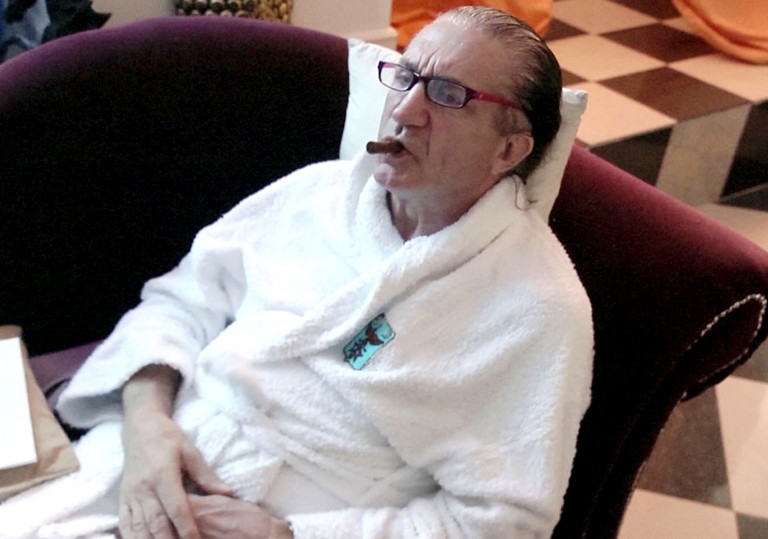 Portrait of various people situated around a famous Roman ring-road.

It works on its own terms, but it strays mightily close to TV docudrama.

The big star of Gianfranco Rosi’s pleasant, ambling docusoap is the Grande Raccordo Anulare, a 62km ring-road which ominously orbits the city of Rome. Much like the British cinematic stalwarts of the psychogeorgraphy movement, those behind films such as the exemplary, witty Robinson in Space (Patrick Keiller), Swandown (Andrew Kötting) and sleep furiously (Gideon Koppel), Rosi trains his camera on the loners and oddballs who have a vague sense of social uniformity imposed upon them via the sprawl of this mighty 6-lane motorway.

The film allows us a glimpse into the lives of an eel fisherman, an itinerant palm tree surgeon, a bickering father and daughter, a faded aristocrat, a pair of doled-up transients and, most movingly, a lonely paramedic whose tragedy-strewn beat is the hazardous GRA. Though charming and lightly poetic on a moment-by-moment basis, the film pointedly vetoes any kind of easy thematic cohesion. There’s never a point at which these ‘characters’ come across as anything more than random participants in Rosi’s artful portrait of contemporary urban detritus.

One theme that does poke its way through is a fear of outsiders, as exemplified by the elderly eel fisher who is clearly an old guard nationalist. His mild bigotry is played purely for laughs as he barks at a newspaper report on the migration patterns of the global eel population, his long-suffering wife sat beside him fixing a net and barely acknowledging a word he says. More symbolically, the palm tree surgeon uses a sub-sonic microphone to listen for the shrieks of Red Palm Weevils who devour the plant from the inside. He takes a devilish glee in assiduously locating and destroying these pesky “invaders”.

Elsewhere, there appears to be very little drawing together this scattering of poignant vignettes. There are hints of the grotesque in the subjects Rosi selects, that we’re supposed to look beyond their poverty or marginality and at the absurd, tragicomic humour inherent in their behaviour, their appearance and their existence. One might even see it as verging on the patronising, a conduit through which middle-class viewers can titter at the hardscrabble lot of the working classes.

Rosi invites viewers to laugh at these people, a tactic which helps evade the fact that, as a whole, this handsomely photographed film amounts to very little indeed. It’s passible, inconsequential and amusing entertainment, lacking any kind of intellectual conviction and instead offering mild, insight-neural tall tales of quotidian struggles and dippy suburbanites in its place.

Portrait of various people situated around a famous Roman ring-road.

It works on its own terms, but it strays mightily close to TV docudrama.