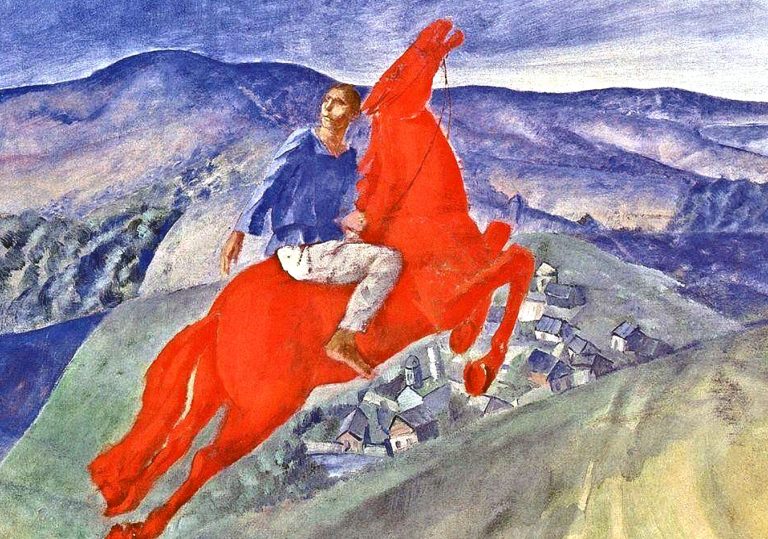 A documentary that aligns revolution and art, hoping to spark some intellectual curiosity.

Actually pretty gripping – thorough in its approach to the artworks at hand.

All the small details are hardly going to be remembered, but the film provides a foundation in understanding the relationship between art and politics.

This nifty doc explains how creative riches were born out of political tumult.

Can art be fully understood without the political conditions under which it was produced? Revolution: New Art for a New World examines the rise and fall of an artistic movement embedded in their political and historical context. In this new documentary, director Margy Kinmouth zooms in on the 1917 Bolshevik revolution to appreciate the vibrant, abstract work of the Russian avant garde.

She peels back “successive layers of history” seeking out the personal journeys of artists, then eventually focusing in on the artwork themselves. The film lays out its subject like an enticing quest, as if many mysteries are about to be uncovered. Voiceovers and melodramatic music add a the mood, with the historical narrative accompanying montages of paintings, film footage and photographs. This collaging technique offers a wonderful immersion into this very specific moment in time.

A role play, in which actors recreate an Imperial Academy meeting is at odds with the rest of the film’s style. But in general, it sticks to its chosen angle, examining the artworks through a political lens. The listing of family members and faces also becomes an overwhelming overload of information. However, it does reaffirm the sheer diversity existing within the revolutionary movement. As Kinmouth explores the avant garde’s demise during the Stalinist purges, the film’s pace also slows down, emphasising a focus on this period. At one point, the film even touches upon the anti-avant-garde artists such as Konchalovsky and Kustodiev, acknowledging the limits to its scope.

Realising the idea of artists attempting to understand a changing world, their confusing and tumultuous canvasses pervade the screen. Yet, by contrast, the documentary itself is remarkably concise and methodical in its discussion of both the art and the political history. There’s the suggestion that it is hindsight which offers a clear view of the past rather being too wary of the moment in which you’re living. We are told that Malevich’s Black Square is worth millions today, having once been moth-balled and hidden in a potato crate during Stalin’s reign. The film always refers back to the present day – the interviewees are primarily living descendants of the artists, and shots of Moscow and St Petersberg are dispersed throughout. Thus, Revolution reaches its ultimate conclusion that art transcends time, where the politics and artists themselves do not.

A documentary that aligns revolution and art, hoping to spark some intellectual curiosity.

Actually pretty gripping – thorough in its approach to the artworks at hand.

All the small details are hardly going to be remembered, but the film provides a foundation in understanding the relationship between art and politics. 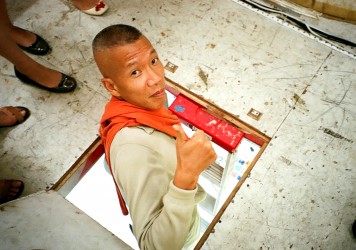 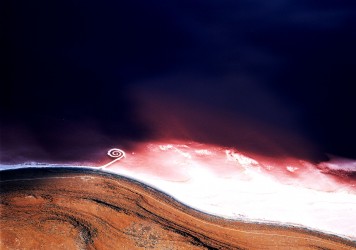 Troublemakers: The Story of Land Art

A mildly fascinating look at the Land Art movement that emerged in the US during the ’60s and ’70s.