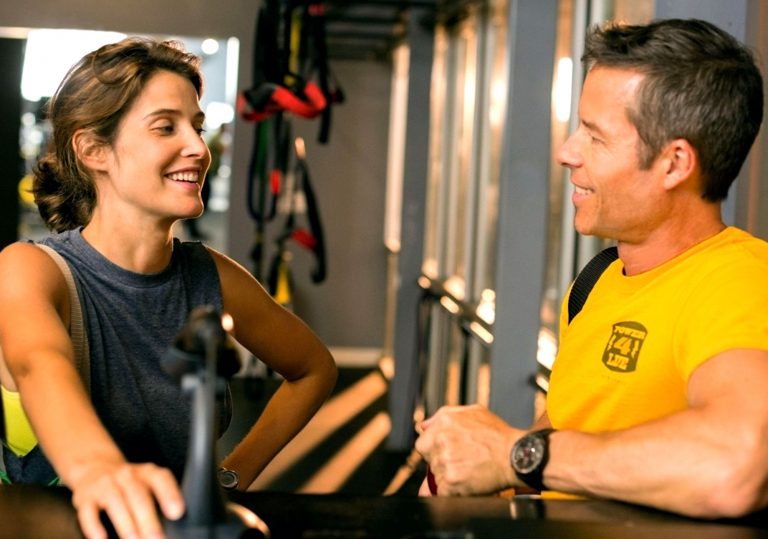 Looks distinctly like a more conventional film from the writer/director of Bees Wax and Computer Chess.

There are two types of people in this world: those who keep fit and those who don’t. But whether you’re a gym bunny or a couch potato, the power to shape your lifestyle is in your hands. That’s the idealistic philosophy preached by Guy Pearce’s personal trainer guru, Trevor.

At his Austin-based health club, Power 4 Life, Trevor teaches ordinary — typically wealthy — folk to learn to love themselves as they crunch, squat and wheeze their way to obtaining their perfect body. Crucially, his self-improvement crusade is about more than simply addressing cosmetic imperfections — the ‘4’ supposedly represents the four pillars of wellness: physical, mental, emotional and spiritual.

But this strict regime of dieting, exercising and giving 110 per cent 24/7 isn’t for everyone. Indeed, Trevor’s most trusted and strong-willed employee, Kat (Cobie Smulders), decides to change her career path when her latent malaise is crystalised by a schmucky client named Danny (Kevin Corrigan), who adopts a somewhat relaxed attitude towards the custom programme which Kat has designed for him.

The trouble for Danny is that both his body and mind are too lived in for him to be able to chin-up himself out of the pit of depression he’s been wallowing in since his wife left him. For 29-year-old Kat, it’s not too late to make a change. It’s only after she acts on this sudden impulse that Trevor realises that she’s not just another employee to him.

Andrew Bujalski often builds his offbeat character portraits around the search for universal truths related to the human condition. Results is no exception. Though it initially plays out as a satire on fitness culture, this is not a skin-deep social commentary. Trevor and Kat are the kind of shiny happy people who we might regard as being ripe for derision, while Danny is the soft-flanked epitome of a beta male in the throes of a mid-life crisis, but Bujalski shows a lot of affection towards his characters, even at their most impetuous and self-centred. In a film about pursuing personal goals, it’s the common flaws exhibited by these three seemingly incompatible individuals that resonates most.

This is Bujalski’s most accessible film, a simple yet realistically messy relationship drama that boasts the same wry sense of humour as Computer Chess and Beeswax but is tonally at odds with the writer/director’s previous work. Results also sees Bujalski break his tradition of using predominantly unknown and/or non-professional actors.

It’s a change of tack that pays off thanks largely to the sparkling chemistry between Pearce and Smulders, whose will-they-won’t-they dynamic will keep you hooked for long enough to ensure you won’t become distracted with the thought of renewing that annual gym membership you’ve never used. The pay off might be a touch more conventional than we’ve come to expect from Bujalski, but it’s hard to complain when the script is this good.

Looks distinctly like a more conventional film from the writer/director of Bees Wax and Computer Chess. 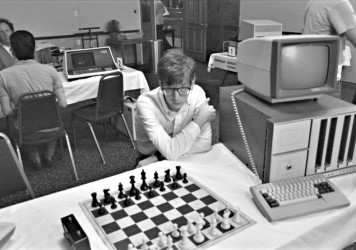 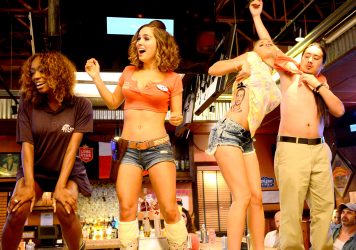