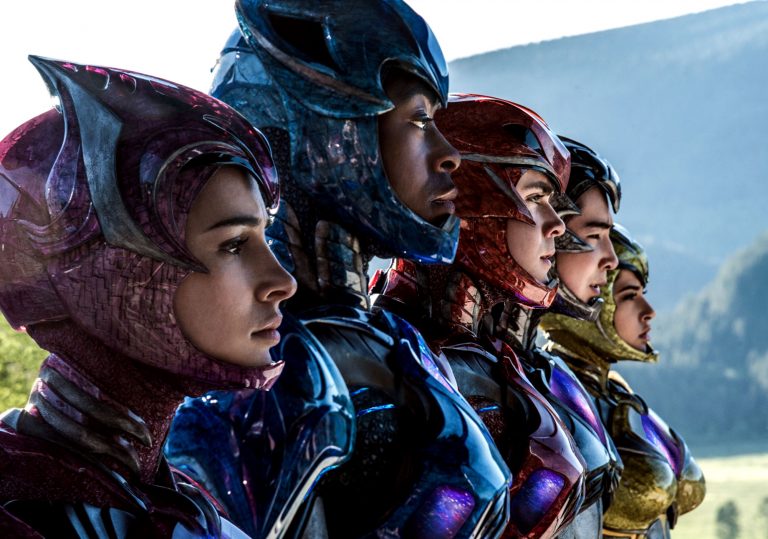 Oh no… Is there no hokey franchise they won’t refit?

No great shakes, but at the same time, a sequel would not be unwelcome.

Angel Grove’s finest are dragged into the 21st century in this glossy, respectable reboot.

“Come at me bro!” Dialogue was never a strong suit in Haim Saban’s original incarnation of Mighty Morphin Power Rangers. Battle cries ranged from such wan declamations as, “It’s time!” to, “Let’s do this!” and, “Batter up!” Words were used more as punctuation between fight sequences, almost like ambient sounds to dull the tedium of teenagers in plastic moulded body armour round-housing a stuntman dressed as a sentient styrofoam tree.

But things have changed. This new class of primary-coloured millennial warriors talk and act like real people. They’re down with hip colloquialisms and buzz phrases they’ve filched from social media. Not only do they talk the talk, but they feel pain and bleed too. They cry, they swear, they send text messages and wear t-shirts with ironic slogans. They even have “feelings” which they attempt to offload onto one another around a makeshift campfire while, for some reason, eating chocolate bars.

This is the tween emo version of the Power Rangers, a fact amusingly signposted by the indie movie-style opening credit which nonchalantly announces the title with plain white text on a black background, shifted to the bottom right hand corner of the frame.

Director Dean Israelite has attempted an experimental reverse lobotomy of this proudly stoopid chopsocky franchise. He refits things from the top down and delivers a film that’s aimed at a similar audience, but one which has, over the years, developed the ability to hold on to a basic story thread. As it shuffles away from the quasi-avant garde tartrazine frolics of the original series, every step is towards demographic-targeted superhero shenanigans, right down to the moment where Blue Ranger Billy Cranston (RJ Cyler) questions whether he’s more like Spider-Man or Iron Man. It’s both, Billy. It’s both… 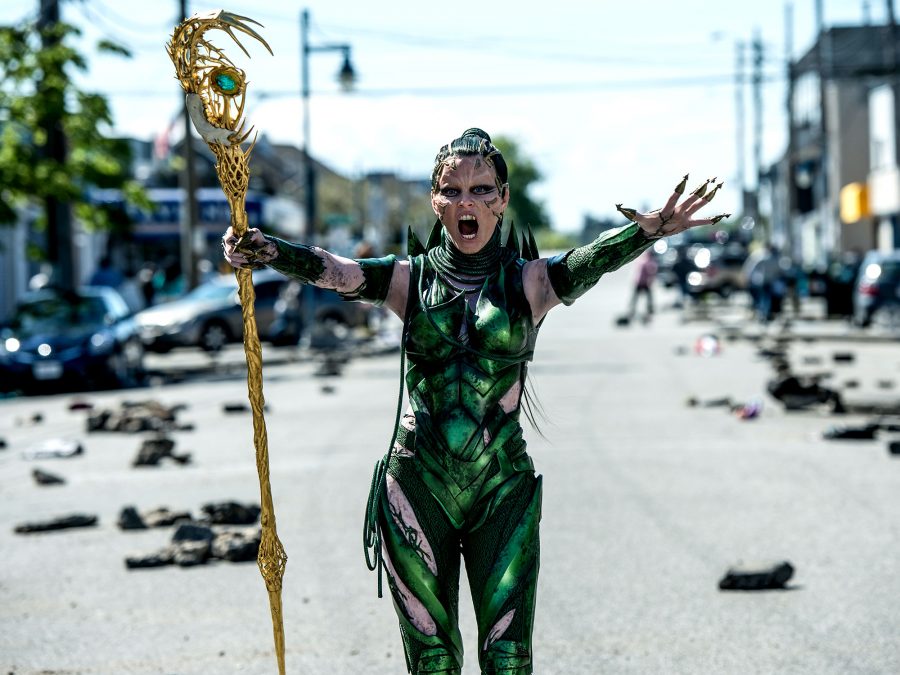 Though the Rangers acquit themselves honourably, you never really reach the point where you’d be unhappy to see one of them choke on a fish bone. Yet they certainly aren’t just the plastic mannequins of yore, and time is taken to explore the growing pains that randomly lead them to an abandoned, out-of-town gold mine(!) on a school night, and their subsequent date with destiny. It’s actually about 90 minutes before the iconic armour gets a proper run-out, so focused is the film on character building.

Story-wise, Angel Grove (a Trump town, and no messin’) is on the cusp of destruction as Elizabeth Banks’ panto fetishwear harpy Rita Repulsa is accidentally awoken from her 65 million year slumber. Hellbent on destroying humanity for the usual reasons, she neatly tees up a fight to the death which involves much heavy artillery and high street junk food brand recognition.

Logic dictates that a film opting to focus on human drama over rock ’em sock ’em slugfests such as this would be the fool’s errand to end all fool’s errands. The truth is, the relative slow burn of these kids searching deep inside their souls and locating pure collective unity actually makes the surprisingly short climactic showdown all the more effective. Maybe this could be read as damning the film with very faint praise, but Power Rangers is hands down superior to and more soulful than every Transformers movie. Make of that what you will.

Oh no… Is there no hokey franchise they won’t refit?

No great shakes, but at the same time, a sequel would not be unwelcome.