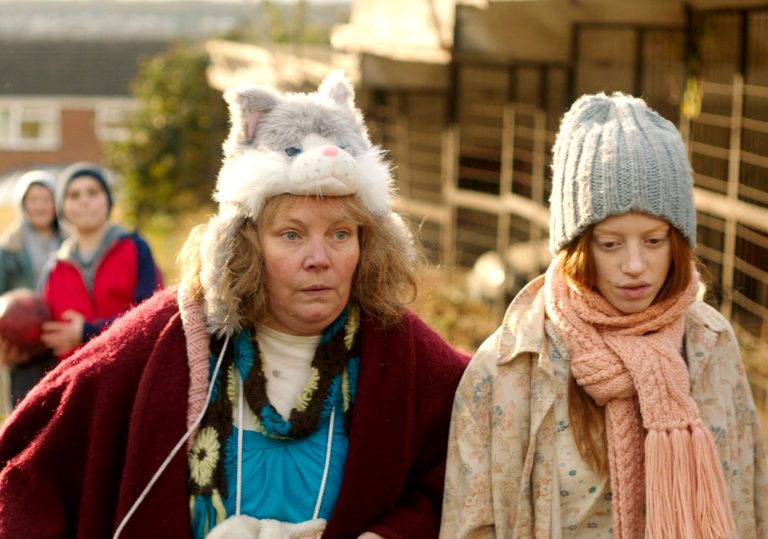 An indie director, a relatively unknown cast. Interest is piqued.

An interesting aesthetic and penetrating drama that develops meaning over its runtime.

A quiet and weird story, beautifully executed by Haywood.

Capricious teen Iona (Lily Newmark), and her smothering mother, Lyn (Joanna Scanlan), move to a small town for a fresh start in Deborah Haywood intriguing and moving debut feature, Pin Cushion. Both optimistically attempts to fit in to a community which does everything it can to repel them. Through the course of this vivid drama, the pair lose control and are driven apart, despite experiencing similar rejection.

The use of familiar coming-of-age tropes doesn’t prevent the film from feeling fresh, as it boasts a unique aesthetic and twin plotlines following mother and daughter. The consequences of Iona’s slut shaming are paralleled with Lyn’s mental deterioration at the hands of various female bullies. Here, Haywood proves that this type cruelty thrives in the adult world as much as it does the adolescent.

Most of the film is shot in close proximity to the characters, which emphasises their state of claustrophobia. The naivety of Haywood’s protagonists leads to their manipulation, their differences are mocked and there is even some gothic retribution thrown in. Newmark mesmerises as Iona, performing her complex arc from innocence to apathy while leaving her essential purity in tact. Scanlan, meanwhile, is haunting as the hunchbacked Lyn and it’s interesting to see the actor in a non-comic role that isn’t comedic.

Haywood’s eccentric style can be seen in every setting and costume, but this never distracts or feel out of place. Instead, it allows the moments in which she does over-indulge in it to feel like a natural extension of the characters’ quirkiness; in one scene, sparkles cascade around a newly made-up Iona, in another a bathtub is filled with flowers. The score is simultaneously ethereal and eerie, just as the sweetness of these appearances can quickly turn sickly during the darker moments of the film. In all, a very fine first feature.

An indie director, a relatively unknown cast. Interest is piqued.

An interesting aesthetic and penetrating drama that develops meaning over its runtime.

A quiet and weird story, beautifully executed by Haywood.