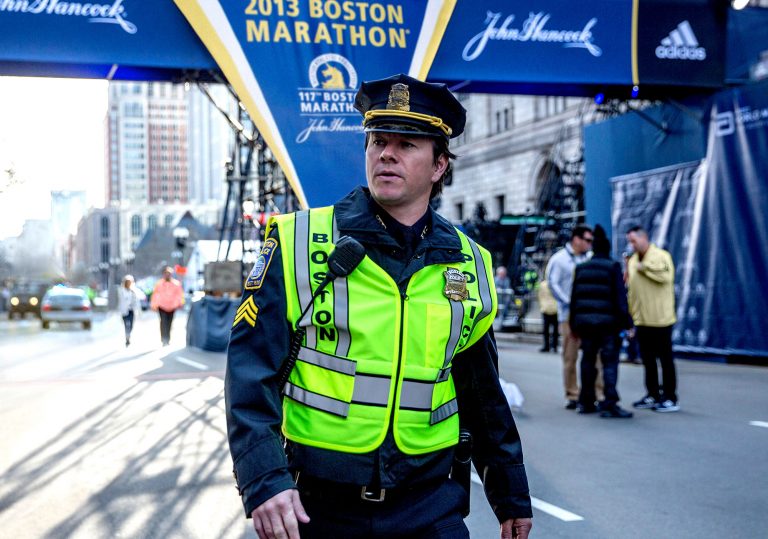 Love Peter Berg’s films, but could a movie of the Boston bombings be a step too far?

The fear of an insensitive re-enactment makes the first viewing an anxious if enjoyable experience.

Berg deserves more recognition than he gets – he’s Michael Bay with a social conscience.

Peter Berg’s idea of patriotism finds its clearest, most convincing articulation in Patriots Day, a new film which recreates the 2013 Boston Marathon bombing and the manhunt that followed. The film shows the incident from all sides, intertwining the stories of victims, police and the bombers themselves with remarkable narrative clarity and a low-key style.

But despite its matter-of-fact approach towards senseless terror, there emerges not a sense of defeat but rather the overwhelming feeling of solidarity amongst Bostonians. More interestingly, this version of patriotism is also realised in the film’s form. Far from being an insensitive abuse of real tragedy for the purpose of entertainment, Patriots Day’s large scale re-enactment does some justice to the pain of Boston citizens and to the strength of their community.

Emotions do not emanate from an artificially melodramatic treatment, rather Berg’s realist style restores to the events their original intensity. Be it the emotion of the attack or the undeniable thrill of the manhunt, the film works both as thriller
and drama.

This realistic treatment makes Patriots Day an incredibly effective antidote to the numbing indifference encouraged by purely factual, emotionally distant news reports. Almost inadvertently, the film reveals this pessimistic attitude as a way to exempt oneself of responsibility towards others. The film’s humanity is all the more moving in a year defined by division. Making a convincing case for the humanistic potential of fictional re-staging, Berg’s film throws into question the idea that dramatic reconstitutions are inevitably insensitive.

At once a terrific thriller and a socially conscientious plea for solidarity, Patriots Day reinvigorates the action film with a sense of social purpose.

Love Peter Berg’s films, but could a movie of the Boston bombings be a step too far?

The fear of an insensitive re-enactment makes the first viewing an anxious if enjoyable experience.

Berg deserves more recognition than he gets – he’s Michael Bay with a social conscience.