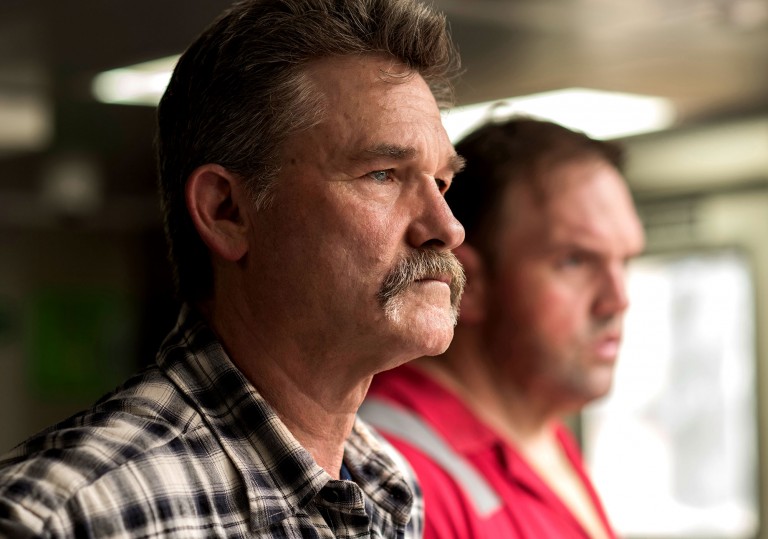 Love Peter Berg, but not sure how entertaining an oil rig disaster movie can be...

Somewhat unjustly neglected even by the most enthusiastic proponents of vulgar auteurism, the unmistakably patriotic American filmmaker Peter Berg has been making remarkably efficient action movies and TV shows for well over a decade. In his previous film, 2013’s Lone Survivor, the director nevertheless struggled with the notion of the all-American hero. While the elite fighters in the film are plainly depicted as heroes, it was difficult to view their deaths, in an incredibly misguided mission in Afghanistan, as anything other than a useless loss of human life. The logical step in the film’s subversion would have been a criticism of the people responsible, but Berg instead opted to resolve the story as a tragic tale of the inescapable but honourable losses of war.

In Deepwater Horizon, Berg doesn’t shy away from apportioning blame for the deaths of another group of hard-working Americans. The film vehemently demonises the pure greed of the oil company British Petroleum that led to the explosion of the Deepwater Horizon offshore oil rig on 20 April, 2010, killing 11 men and creating the worst oil spill in US history. With the exception of John Malkovich’s devious and arrogant BP boss, the other company men come off as reckless and stupid, with Brad Leland a standout, returning to the role of a man in constant state of denial that he inhabited so well in Berg’s TV show Friday Night Lights. With a host of real-life villains in place, Berg finds in this true story a straightforward and accurate example of heroism in the character of Mike Williams (Mark Wahlberg, excellent as ever), a foreman who helped save a dozen of his colleagues during the incident.

There is intense pleasure in seeing this man overcome incredible challenges and pain to save not only himself but also others, even more so because there are no stunts involved. These are ordinary men going through unusual circumstances. We root for them far more than we did the soldiers in Lone Survivor, not simply because they are not complicit in a questionable American occupation, but because they are shown to be victims put at risk by powerful men who ignore the risks of the oil rig. We want these decent men and women to succeed, keep a cool head while the shocked BP bosses walk around in a stupor. And indeed they do.

One of the joys of Berg’s work lies in witnessing people who are really good at their job, but also at communication – two aspects that are part and parcel of a general ‘no-bullshit’ attitude here. Friday Night Lights beautifully demonstrated the director’s ability to portray authentic everyday life, and it also reeks least of patriotism in an otherwise deeply pro-American body of work. Although the over-familiarity and politeness of the characters in the everyday moments preceding the incident seem a specifically American trait, it isn’t necessarily a bad one. Instead, it fosters affection and admiration for the characters.

This investment makes the build-up during the 12 hours prior to the accident all the more tense and thrilling. The precise explanation of the logistics of the oil rig isn’t boring or distracting, but rather becomes absolutely crucial. Impeccable CGI consistently helps maintain the high stakes, so much so that we only much later wonder how on earth such realism was achieved. Yes, there are American flags floating in the air at times, but not even these brief moments of unbridled patriotism can ruin what is purely and simply a great action movie.

Love Peter Berg, but not sure how entertaining an oil rig disaster movie can be...