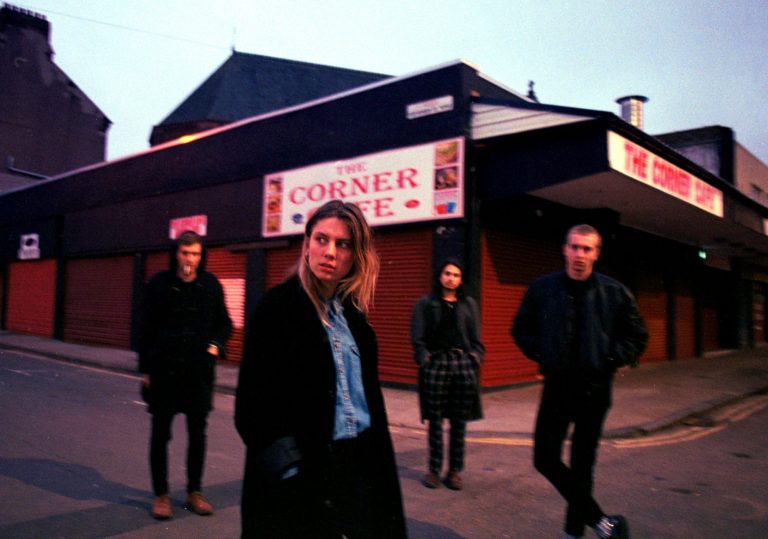 A feature-length trawl across Great Britain with a middling indie band.

Attempts something a little different, but runs out of steam very quickly.

Michael Winterbottom attempts to engineer a new kind of concert movie. The results are pure tedium.

British director Michael Winterbottom is occasionally referred to as an anti-auteur in that he has no recurring stylistic tics and there are no subject areas towards which he repeatedly gravitates. On the Road marks his attempt to hit refresh on the time-honoured concert movie, fusing together an improvised romance between two actors (playing a roadie and a PR) and documentary tour footage of North London indie quartet, Wolf Alice.

Usually, it’s his smaller, lightly experimental films which are his most satisfying – the time-lapse family saga of 2012’s Everyday, his lopsided literary adaptation A Cock and Bull Story, or the blokey bants of The Trip and its sequels. This one, however, feels DOA. On a very basic level, neither the fictional nor real characters are even close to being interesting. The wisp of a story is hammered out over two hours which become incrementally more excruciating.

At 30 minutes, you could see this working as an innovative press kit or DVD extra. But as it stands, you’re left to watch what feels like the same ten minute segment repeated over and over and over. On the evidence of the throngs of hyperventilating teenie-boppers who chant along to every lyric from the front row,Wolf Alice certainly have their superfans. But if you don’t care for their chugging brand of emo-inflected pop rock, then this is going to make for some form of sustained audio torture.

Elsewhere, we have Leah Harvey and James McArdle flashing tentative glances at one another, and their soft rapport develops into icky (and very dull) love patter and, eventually, grinding hotel sex. When the tour winds to a close, it’s clear that you’re supposed to feel the pangs of heartbreak as everyone heads off to brighter climes. Frankly, we were over the moon to be rid of these wet dullards. Props to Winterbottom for at least trying something new, but this one fails on just about every level.

A feature-length trawl across Great Britain with a middling indie band.

Attempts something a little different, but runs out of steam very quickly.