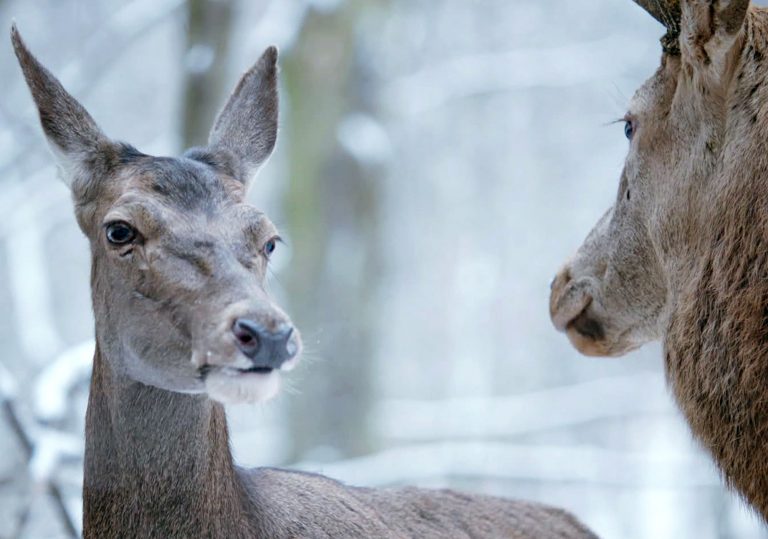 Snagged the top prize at the 2017 Berlin Film Festival from Paul Verhoeven’s jury.

Mad, singular and heart-stirring in a way that’s hard to comprehend.

Let’s hope the wait for Enyedi’s next film is a little shorter.

A stag trots slowly, majestically through a snowy woodland glade and sets its glistening eyes on a nearby doe. The two animals encircle one another, getting close but never quite connecting. Then suddenly, paff, it was all a dream.

The twist is, this nocturnal vision was being formed in two minds at the same time: one belongs to Endre (Géza Morcsányi), an awkward, middle-aged factory foreman with one working arm; the other is Maria (Alexandra Borbély), a young, quietly intense quality tester. Maybe the imagery that connects their inner consciousness is a result of the fact that they work in an abattoir and are in constant close quarters to mechanised animal slaughter – innocent creatures being sliced to pieces. Or, perhaps, they have a more robust psychic connection that can’t be quantified?

Ildikó Enyedi’s intriguing and original film (her first of the 21st century) examines this eccentric workplace relationship as it evolves from an uncomfortable acquaintance to the moment these two oddballs realise they may be part of something deeper. Yet the director grounds this potentially fantastical tale in the trappings of the mundane everyday, more interested in gauging how behaviour alters in public and private spheres. Enyedi isn’t interested in building up a mythology or contriving a reason for it all, instead drafting the idea as a metaphorical marker of unlikely associations.

The film’s second half offers a bold and bleak vision of depression caused by stifled feelings – the idea of not being able to amply express an emotion that’s locked inside. Endre is a sad-sack who believes that he could never be physically attractive to a person of the opposite sex, while Maria has pre-existing issues which prevent her from acting on impulse.

Enyedi trips through these inner and outer lives, skipping from elation to devastation in the space of an edit. She seems completely enraptured by the in nite complexity of human biology and the crooked architecture of the mind.

Snagged the top prize at the 2017 Berlin Film Festival from Paul Verhoeven’s jury.

Mad, singular and heart-stirring in a way that’s hard to comprehend.

Let’s hope the wait for Enyedi’s next film is a little shorter. 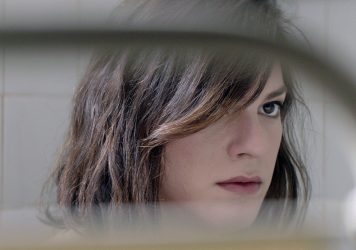