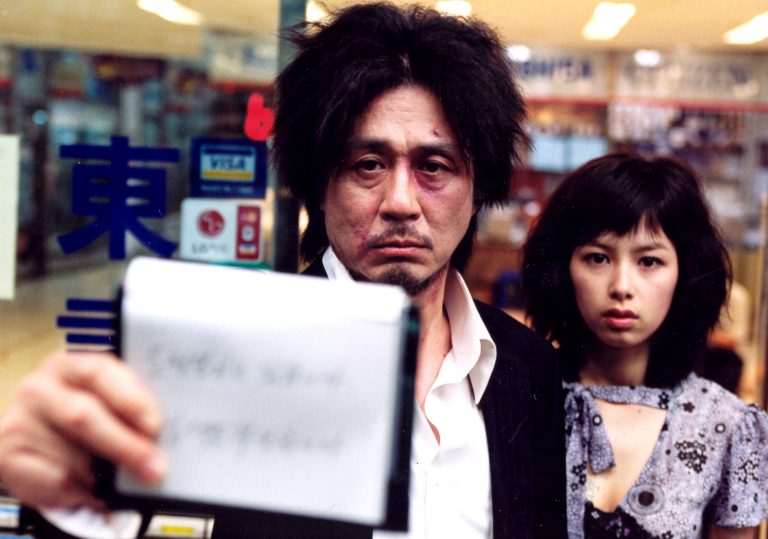 Infamous for its tragic, perverse twist and general brutality.

And rightly so! A lurid, complex, introspective beast, enacting astonishing cruelty on its protagonist like a slow-acting poison.

Not quite Park Chan-wook’s greatest work, but more than earns its cult classic status.

A film that for many has acted as a gateway to South Korean cinema, Oldboy, the second part of Park Chan-wook’s ‘Vengeance Trilogy’ is also his most infamous. Still revered today across all kinds of screen arts, its most famous sequence, a virtuoso single-take hallway fight, has inspired various imitators for well over a decade. But what makes Oldboy special is its consideration of the violence that it portrays – with each blow of the hammer, the film responds: “even though I am no better than a beast, don’t I have the right to live?”

Based on a manga of the same name, Oldboy is the story of Oh Dae-su (Choi Min-sik), the film’s protagonist and victim. He’s introduced as an ordinary white-collar businessman, missing his daughter’s birthday after a night of drinking lands him at the police station. Shortly after being bailed out, he disappears without a trace, imprisoned for 15 years and then suddenly released with no explanation as to why, left with five days to find the answer.

His captivity brings a desire for revenge which turns out to be equal to that of his captor, who is just as violent and spiteful, but infinitely more sadistic. No definitive judgement is cast on whether or not Dae-su is a good man, Chung Chung-hoon’s camerawork observing him with almost impartial remove. As his captor says: “I’m sort of a scholar, and what I study is you”. 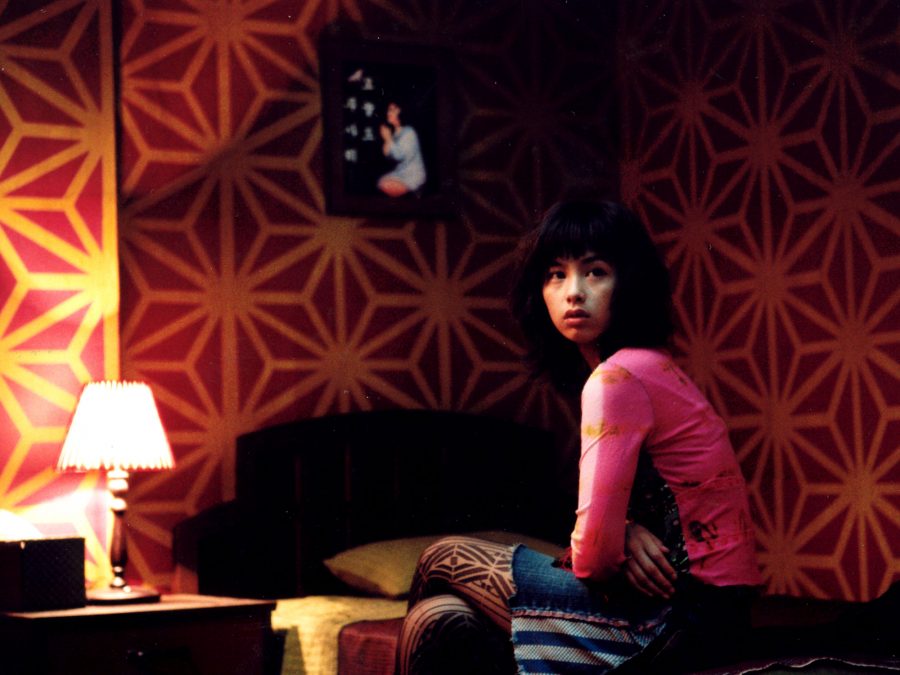 And so, we the audience join him in viewing his metamorphosis. This isn’t to say that Oldboy is a cold movie; if anything it’s highly emotive at every turn. A lot of care is put into creating Dae-su, as he changes into a beastly yet captivating agent of vengeance, then into someone who might actually have the hope of becoming a better human being.

The first act follows a fairly conventional revenge thriller template, with exhilarating fight scenes filmed with clarity and grit. But the violence is rarely satisfying. As the film moves into its final act, every bloody action is near unbearable – even though it’s mostly implied – as though it’s too great a horror to be seen. It’s also worth noting that it’s a far funnier film than its reputation would suggest, mixing tragedy and pitch-black humour from the jump.

The chief pleasure and horror of this film lies in Park’s slow twisting of the knife into Dae-su’s side, taking away any kind of temporary satisfaction with each new humiliation – the final turn being the most improbable and deliriously twisted. Fifteen years on, Oldboy has lost none of its capacity to shock and delight.

Infamous for its tragic, perverse twist and general brutality.

And rightly so! A lurid, complex, introspective beast, enacting astonishing cruelty on its protagonist like a slow-acting poison.

Not quite Park Chan-wook’s greatest work, but more than earns its cult classic status.