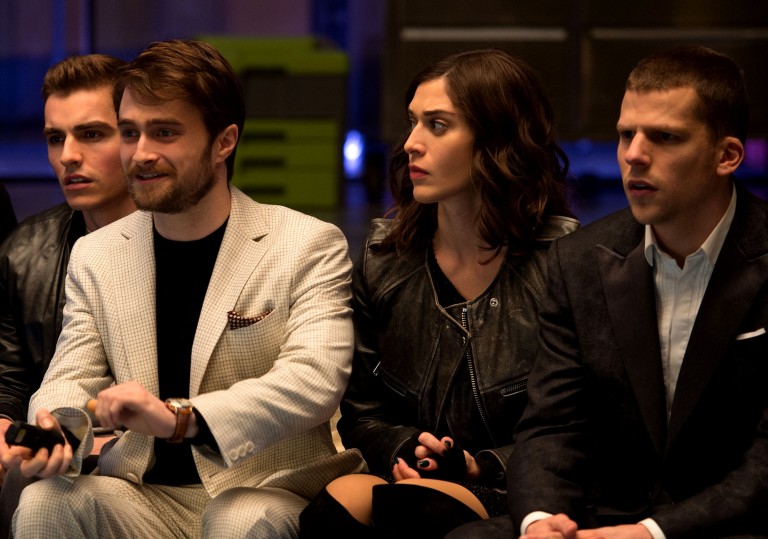 After a not-so-spectacular first act, is a good concept reason enough for a sequel?

Furiously paced and playful, but most of the tricks fall flat.

Rube Goldberg is celebrated for his comics featuring over-engineered contraptions made to perform simple tasks. Take for example the “Self-Operating Napkin”, which is activated when the user raises a spoon and sets off a chain reaction, involving a hungry parrot, an alarm clock, and a firecracker, that in the end only brings a napkin to the user’s mouth. Now You See Me 2, director Jon M Chu’s follow-up to Louis Leterrier’s mediocre 2013 heist film, contains a thinly-veiled Goldberg reference, but the film as a whole operates like one of the cartoonist’s haphazard inventions.

After a year in hiding, the Four Horsemen – a group of sarcastic illusionists who use their talents to expose institutional corruption – are forced by devious tech-prodigy Walter Mabry (Daniel Radcliffe) to steal a data-mining chip. This chip is apparently a “key to every computer system on the planet.” Not that this really matters, but it sounds serious. Meanwhile, Four Horsemen co-conspirator and FBI agent Dylan Rhodes (Mark Ruffalo) plots revenge against Thaddeus Bradley (Morgan Freeman), whom he blames for the death of his magician father.

The problem with Now You See Me 2 is that it tries too hard to be serious. Sequels, after all, are expected to be bigger, bolder and more dramatic than the original. And this is unfortunate, because the film is really quite good when it embraces the theatricality and humour inherent to stage magic. In one standout sequence, incessantly brooding Horsemen member Daniel Atlas (Jesse Eisenberg) sheds multiple disguises in rapid succession. It’s a sort of slapstick strip tease – faux collars fall away one after the other like a set of Russian nesting dolls. Like a good magic trick, it’s impossible not to smile and shake your head.

This playfulness is the film’s strong suit, and to that end the casting of Lizzy Caplan as the Horsemen’s delightfully grotesque new recruit, Lula, is a masterstroke. Her sardonic magic acts involve a lot of fake blood (apparently she earned her reputation pulling a hat out of a rabbit). And Caplan more than holds her own against her male counterparts, with Lula routinely calling her fellow Horsemen out on their casual sexism.

This is a film that desperately wants you to believe that it’s clever. Characters constantly, self-consciously, allude to what lies beneath the surface or behind the curtain. Unfortunately, the result is disjointed and inconsistent – a series of ineffective twists that neither surprise nor make any sense. It somersaults towards a lacklustre final act by way of tangential set pieces and overwrought action scenes, so that in the end you’re left not with a sense of wonder, but a feeling of disenchantment.

After a not-so-spectacular first act, is a good concept reason enough for a sequel?

Furiously paced and playful, but most of the tricks fall flat. 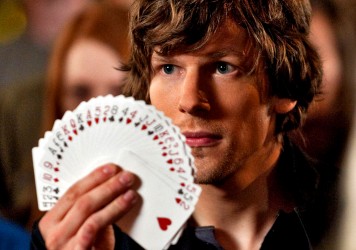