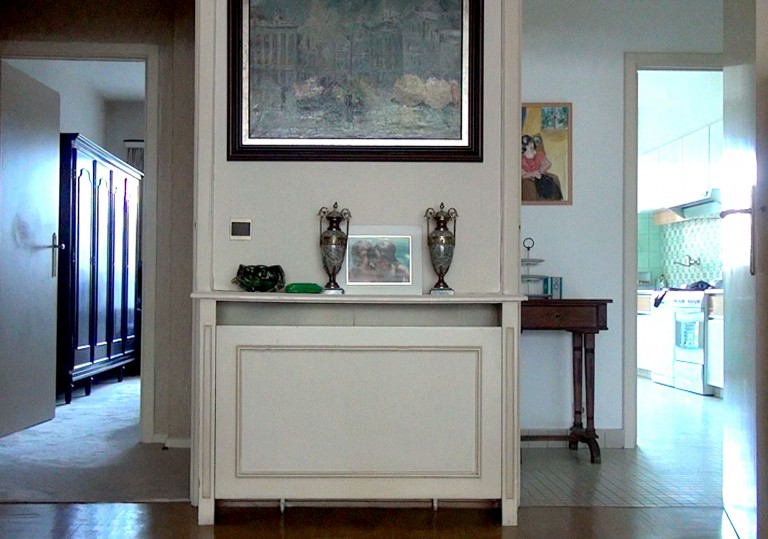 Chantal Akerman’s intimate swansong is a moving meditation on family, loss and memory.

No Home Movie is haunted by two ghosts. The subject of Chantal Akerman’s film is her mother, Natalia, who passed away in April 2014 at age of 86, and the director herself who died in 2015, shortly after the film’s world premiere. Akerman may not have originally intended for No Home Movie to be her swansong, but there is the inescapable feeling of a chapter being closed with this film. Akerman’s relationship with her mother was one of the themes that united her eclectic body of work, with Natalia being a key figure in many of her installation pieces and most memorably in her 1977 film, News From Home, to which No Home Movie feels like a companion piece.

Just as in News From Home, mother and daughter spend part of No Home Movie communicating from different continents, although this time Skype makes the interaction more direct. “I want to show that there is no distance in the world,” Akerman tells her mother who, with a look of confusion, peers into her monitor. “You always have such ideas, don’t you darling?” Natalia smiles back. At other times, Akerman and her mother sit across the table from one another to continue their conversation. “Tell me a story,” Akerman asks of the woman who fled Poland in 1938 and survived internment in Auschwitz, where her own parents died. Even as the pair discuss the most mundane things, such as Natalia’s upcoming medical appointments, or the best method of preparing potatoes, we get the sense that every moment is precious for a daughter who knows that the time she has to spend with her mother is rapidly running out.

Much of the film consists of static shots of Natalia’s apartment, which is always bathed in a bright, cold light. There’s a cosy kitchen, a large living room with dining area, a bedroom and a decent sized garden which appears unused. She occasionally wanders around until, later in the film, she is too weak to move. Akerman’s filmmaking style has always been one of patient observation, her camera letting life play out in front of it at a natural pace. Here this approach affords us an uncomfortable intimacy with Natalia as her condition deteriorates and she slowly slips away from us. Akerman occasionally cuts to images of an arid desert landscape, filmed during a visit to Israel, or a tree being buffeted by strong winds. These interludes create a powerful sense of desolation. A nomadic soul, Akerman has said that she always defined home as being where her mother is; with Natalia gone, where could she go?

Those of us who watch No Home Movie now will see a completely different film to those who saw it before she passed away. It feels like a fitting final statement from a filmmaker who always poured herself into her work and shared so much of her life and experience with us. Reactions to her last film will likely be coloured by familiarity with her past work, but anyone who recognises that we lost one of cinema’s unique and most vital artists last year will find this devastating. “Where is Chantal?” the ailing Natalia croaks in one of the film’s most piercing moments. Through her extraordinary body of work, she remains by our side.