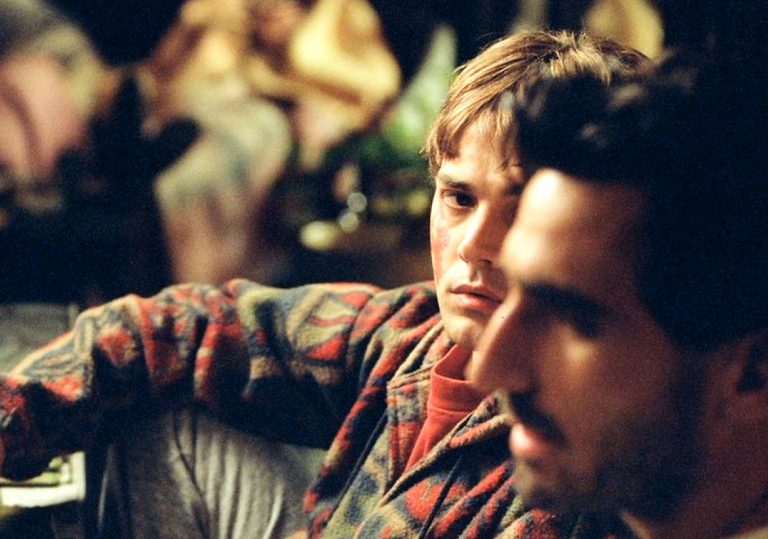 But when he’s good, he’s great.

This is the Québécois wunderkind we know and love.

Xavier Dolan returns to his Québécois roots with this lilting reflection on lost youth and unspoken love.

If Xavier Dolan’s 2018 English language debut, The Death and Life of John F Donovan, was a patchy if ambitious rebel yell against his critics, his return to his Québécois roots in Matthias & Maxime comes across as the more grounded and mature work. Perhaps it’s also because of a sense of familiarity at the film’s heart, which sees Dolan return to acting in his own work for the first time since 2013’s Tom at the Farm.

The subject matter too is very much within his wheelhouse, given that Dolan’s films always deal in some way with masculinity and sexuality, but while his past work has veered into melodrama and sometimes feels self-conscious to the point of distraction, there’s an easy confidence to this. The titular characters are childhood friends whose lives seem to be diverging.

At a house party, they are asked by a friend to act in a short scene which requires them to kiss. Their reluctance is palpable, but they agree, and what should be a fleeting moment causes newfound tension between them, with Max (Dolan) quietly pining for Matthias (Gabriel D’Almeida Freitas) who seems painfully unsure of himself despite outward appearances.

Dolan does his best acting work to date as Max, with a soulful and delicate performance that avoids ever tipping into self-indulgence, while Freitas as Matthias is a perfect foil, more restrained and confident about everything except his relationship with Maxime. As so much of the relationship between Max and Matthias is about what the pair don’t say to each other, Dolan and Freitas focus on expression through looks and touch: a lingering stare, a frustrated carding of hands through hair.

There’s an interesting dichotomy between the film’s use of Québécois and English: English is the language of the younger, more affluent characters, who see it as a way to set themselves apart from the pack. For Max, an escape comes in the form of a potential move to Australia, but failure to communicate – literally and figuratively – constantly threatens to derail the lives of the young protagonists, and Dolan focuses on their aching vulnerability, primarily how they struggle to articulate feelings they don’t have the language for.

It’s also Dolan’s funniest film to date, less maudlin and tragic, more relaxed, as though he is finally starting to take deep breaths. Characters joke about Harry Potter, trade childish insults. Moreover, they all seem so at home with each other. Shot with the intimacy of a home video, the camera clunkily zooms in and out like an old school camcorder, capturing fleeting glances and second guesses, the manic energy of a house party in full swing.

“We’re all animals,” remarks McAfee, a scuzzy lawyer played to perfection by a scene-stealing Harris Dickinson. After a decade of pain and glory in the unforgiving world of film, Dolan understands this, but he’s always been free and open with his emotions, unafraid to wear his heart on his sleeve. This tenderness shines through in Matthias & Maxime, which reflects the agony and the ecstasy of being young and reckless with such eloquence, and reminds us that Dolan at his best is a sublimely talented young artist.

But when he’s good, he’s great.

This is the Québécois wunderkind we know and love.