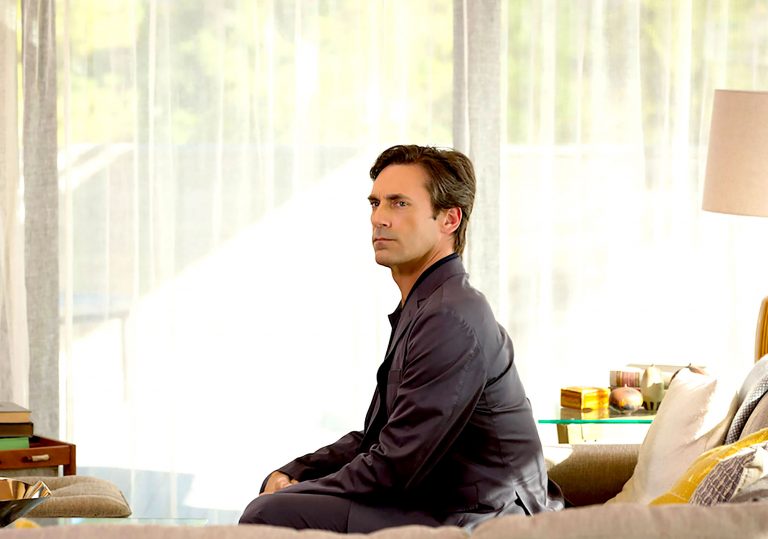 A talented filmmaker adapting an acclaimed play with a first-rate cast.

An elegant, absorbing and stimulating experience.

It will stay with you this one.

In the opening scene of Marjorie Prime, an elderly woman and a younger man sit across from each other in a plush living room and have a long conversation. If something feels a little off about the way they are interacting, we soon learn why. Marjorie (Lois Smith) is 85 years old and in the early stages of dementia, and the man she’s conversing with isn’t a man at all.

He’s a sophisticated hologram, or a “Prime”, programmed to look and sound exactly like her late husband Walter (Jon Hamm), and to recall memories that Marjorie and her family have fed to him. For example, Walter remembers the time he proposed to her, after they saw My Best Friend’s Wedding. “Julia Roberts, etched forever on our lives,” Marjorie complains. “What if we saw Casablanca instead? Let’s say we saw Casablanca in an old theatre with velvet seats, and then on the way home, you proposed. Then, by the next time we talk, it will be true.”

The malleability and unreliability of memory is one of the central themes in Michael Almereyda’s film, which he has adapted from Jordan Harrison’s Pulitzer-nominated play. Marjorie Prime is a science-fiction film built around ideas rather than spectacle, and while Almereyda’s vision of the future won’t dazzle anyone (the whole film takes place inside a blandly decorated beach house), the questions that it raises about how we approach death and the ways we memorialise the dead will surely resonate with many viewers. What are we, ultimately, but the memories that exist for those we leave behind? If they choose to alter those memories, or refuse to recall things too painful to remember – as they do with Marjorie’s first born child here – it might be as if we had never existed at all.

Harrison and Almereyda approach these complex issues from a variety of perspectives, with Marjorie’s daughter Tess (Geena Davis) and son- in-law Jon (Tim Robbins) each coping in different ways with her imminent decline. Tess is troubled by this living facsimile of her late father while Jon is an advocate for the Prime’s value as both a companion for Marjorie and a grief aid, but they each find their positions shifting in subtle but striking ways as time passes and death alters the dynamic between the characters.

It’s hard to remember the last time Davis and Robbins were allowed to give such rich, multi-layered performances on screen, while Lois Smith – who played this role twice on stage – is entirely wonderful as Marjorie, alternately charming and heartbreaking as her character slips in and out of lucidity. Their beautifully calibrated work ensures that what might have felt like a cerebral exercise remains deeply human.

Marjorie Prime never shakes off a certain staginess and it’s regrettable that Almereyda doesn’t do more to try and distinguish his film visually, particularly when he has the talented cinematographer Sean Price Williams at his disposal, but he makes bold choices in other areas. Mica Levi’s keening score initially feels at odds with this quiet chamber piece, but it’s a gamble that pays off, while editor Kathryn Schubert’s precise work is vital, with the use of ellipses and flashbacks towards the end of the film having a powerful emotional impact. It’s these moments that linger as Marjorie Prime, fittingly, expands and deepens in the memory.

A talented filmmaker adapting an acclaimed play with a first-rate cast.

An elegant, absorbing and stimulating experience.

It will stay with you this one. 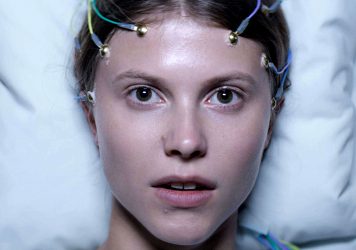