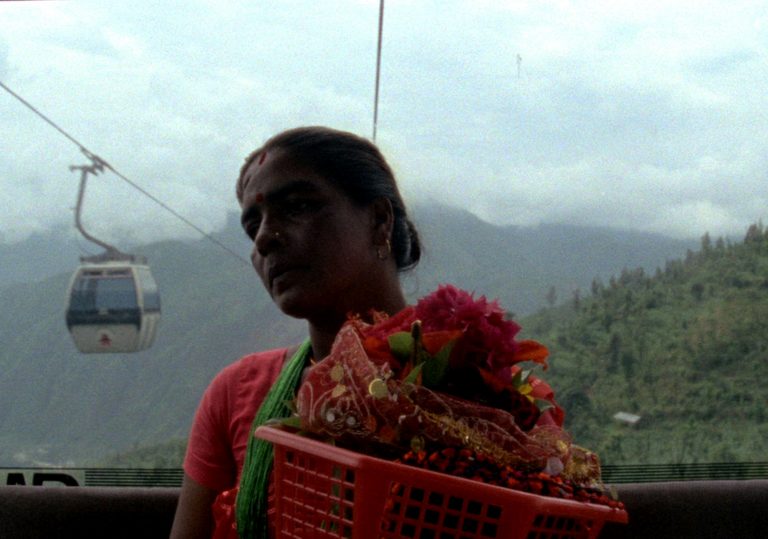 Doesn’t exactly sound like Fun with a capital ‘F’.

Surprising how easy and instantly enriching the film is.

Multiple viewings simply allow for more diverse and creative readings of the material.

There’s an inclination to describe Stephanie Spray and Pacho Velez’s mesmeric film Manakamana as an experimental documentary, even though there would be a strong argument against both descriptors. The experimental tag derives from the fact that, structurally, the film comprises of eleven long takes from the interior vantage of that ’70s action movie staple – the cable car cabin. And you might see a documentary in there because the camera is allowed to statically observe passengers in transit, some sat idly surveying the magnificent landscape below, some taking the time to engage in the rare art of conversation, some wrestling with ice-based sundries, and some not even of the human species.

The film offers the viewer time to luxuriate in this liminal space and impose personal meaning onto the images. As with an actual cable car ride, a flurry of bittersweet excitement is generated as the exit station floats into view; the continuing journey is sanctioned, but the confined repose from life that comes from travelling in a small metal box is sadly over. Every cut equates to a hard jolt, emphasised by the heady flying sensation of the preceding long takes. And there’s also the element of surprise (and comedy!) too, as we suddenly get to see which passenger Spray and Velez will choose to sit in on next. Even though it is a bunch of long, single takes, Manakamana is one of the best edited films of 2014, as the combination of personalities feels vital to what the film is expressing about diversity and human motivation. The order in which these people are presented never once feels arbitrary.

It may sound trite to say so, but the film is about nothing and it’s about everything. It allows you to see as much or as little as you want. Maybe some will see it as a quaint people-watching comedy which explores facial expressions, age, beauty and stillness? Others might see it as a being more of a cinematic work, posing questions about the relationship between subject and camera, the relationship between subject and director, and even whether this is a film in which the industry term “director” is even valid? You could even ingest it as a purely ambient work, and in the spirit of the passengers themselves, take the practical option of using the time to allow life to gloss past your eyes and meditate on other Earthly matters. Maybe even consider what other Earthly matters are going through the heads of the people on screen?

Perhaps this is a pessimistic view of things, but Manakamana feels most enriching as a work about life and death. The people who sit in these cars are whisked across what looks to be highly treacherous (albeit breathtaking) terrain without the merest consideration for potential mortality. Stunning beauty and fiery death buffet against one another as we humans casually slip between the tiny slither of space that parts them. Manakamana itself is a temple which sits at the top of this line, and so the metaphor feels extended to one of life, death and transcendence.

Doesn’t exactly sound like Fun with a capital ‘F’.

Surprising how easy and instantly enriching the film is.

Multiple viewings simply allow for more diverse and creative readings of the material. 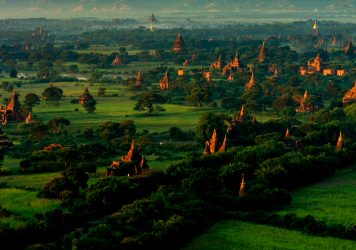