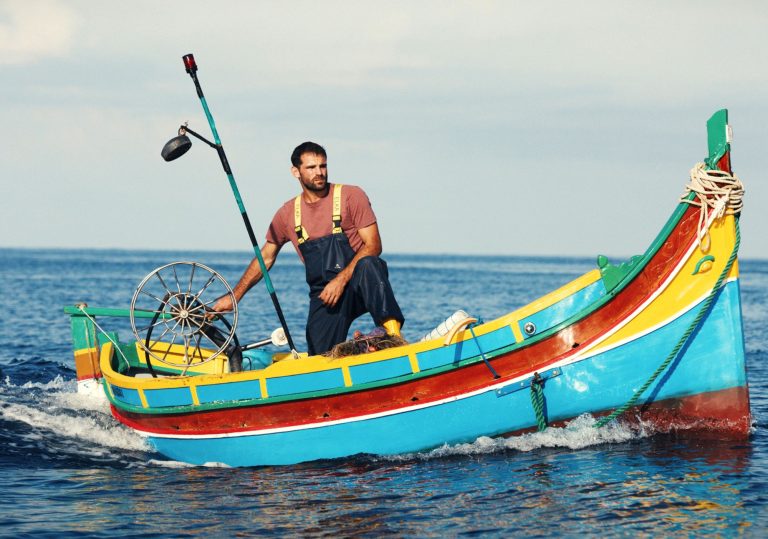 A play-by-play of one fisherman’s conscience as he tries to catch up with the world.

The film achieves what it intends to, but perhaps lacks personality.

A diversion from the picture-postcard depictions of Malta we’re used to seeing, Luzzu sees Maltese-American filmmaker Alex Camilleri capture a long-established culture that is new to the screen – one which may never appear again.

The film takes its name from the traditional Maltese fishing boat; the source of its lead’s livelihood. Just like his father and grandfather before him, Jesmark (Jesmark Scicluna) is an artisanal fisherman. But with the high price of living in the modern world and a declining fish population, he struggles to provide for his wife and infant son. A leak in the boat leads to deliberation and desperation. Should he repair his luzzu or trade it (and his heritage) in for an EU pay-out?

The winner of the Special Jury Award for acting at Sundance in 2021, Luzzu features real fishermen in each role. The street-cast non-professional actors were allowed to improvise their lines, which creates conversations that feel mundane yet authentic and emotive. As times are hard, they discuss violating the restrictive policies that prevent them from catching certain fish off-season. As one man confides, “It’s like we are criminals now”.

Jesmark’s woes are never shown in isolation. His friend, played by his real-life cousin, abides by the rules and helps the young fisherman as he is tempted to take home a single prohibited fish that could pay for his son’s medical bills. The camera closes in on them at ease throwing lines, skinning fish and unwinding and cutting nets. He warns Jesmark, “Without a boat, you lose your way.”

Meanwhile, tension arises with Jesmark’s wife as she pressures him to find another job; she suggests trawling, something he is morally opposed to. The harsh reality is that a sustainable lifestyle isn’t possible under capitalism. However, his Jesmark’s begins to wilt as he finds himself part of a black-market operation that is consequential to the other local fishermen.

The water itself is second to the vast amount of vessels floating on it. It’s never at peace. As Camilleri intends, the sea is the men’s factory or office and reality. Cinematographer Léo Lefèvre keeps things light; the sun is neither golden nor presents a false sense of optimism, but the heat on screen is palpable.

Clearly taking inspiration from Italian neorealism, Camilleri never embellishes or trivialises the landscape of fishing in Malta but rather presents it as it really is. Luzzu is a foreboding warning with no climax. A quiet call to action in the vein of Andrea Arnold’s Cow.

Luzzu screens at Curzon Bloomsbury on 27 May. For more info visit curzon.com

A play-by-play of one fisherman’s conscience as he tries to catch up with the world.

The film achieves what it intends to, but perhaps lacks personality. 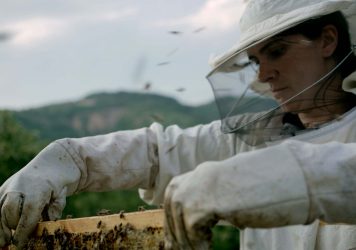