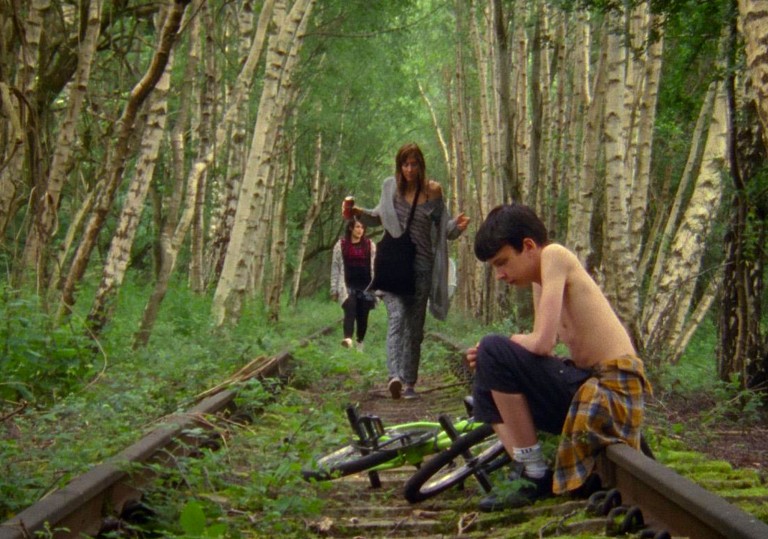 Feels much slower than a light year...

Fuller is the brightest star in this constellation.

“I want to be inside someone else,” is perhaps the most relevant line in Light Years, but for all the wrong reasons. This debut feature from Esther Campbell drowns in visual beauty but falls short in the plot and dialogue. The disconnected talk parodies otherwise duck soup performances from a young, acting novice cast. Sweeping landscapes set to sultry music fill this film up. It looks, sounds and feels like a 90-minute perfume advert.

Folk icon Beth Orton gives a meek performance in a role with room for so much more. As Moira, she is a mother unravelled by a mystery illness, while her hypochondriac offspring Ramona (Sophie Burton), Ewan (James Stuckey) and Rose (Zamira Fuller) play run-around for the day. Fuller, almost single-handedly, drives Light Years from a clumsy Still Alice mimic to heart-breaking in its own right.

Yearning for the vibrant mother everyone but her can remember, their ill-fated buddy-expedition to the seaside ends in tragedy. Campbell draws on her own experiences of personal loss in what is a greatly self-indulgent project. Death, life after death and death in life are mulled over in purgative murmurings of long-dead stars that shine on.

Stylistically, Campbell blurs lines like a controversial pop song. A smattering of supernatural elements (a naked, white-haired man appears often and without explanation) is unfitting for a film that otherwise grounds itself in social realism. What is real? What is not? Either Campbell likes to tease in this paradoxical world, or the answers got lost in the cutting room.

In infrequent spasms, Light Years is a harrowing vignette of a family undone by natural forces. Set in in wheat fields and bluebell meadows, this is film that celebrates and condemns nature in one fell swoop. The biggest failure is Campbell’s pretentious musings. Any hopeful depth is lost in a mire of “If I was a caveman… sleep would be hope”-like quips. What may have worked in Campbell’s BAFTA winning short September, hasn’t quite found its feet on the big screen. Ironically, with so much talk of “globular clusters”, Light Years fails to make a star of its director.

Feels much slower than a light year...

Fuller is the brightest star in this constellation.