Leaning into the Wind: Andy Goldsworthy 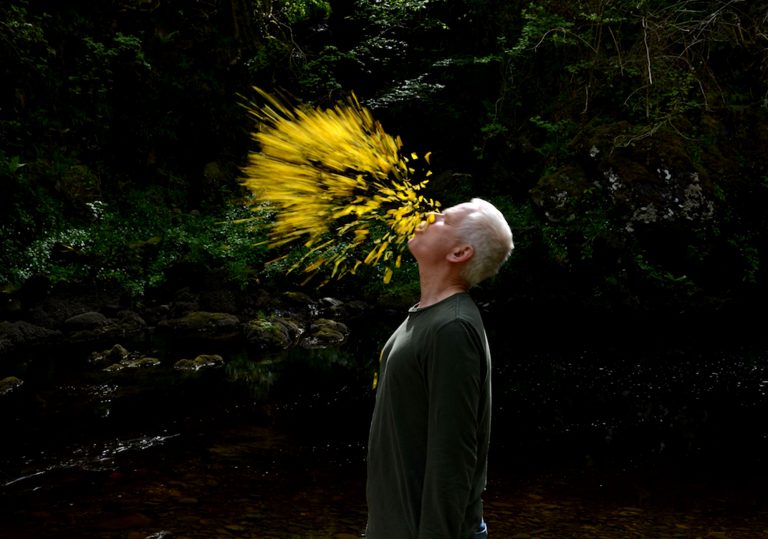 Another visitation with the artist featured in the 2001 film Rivers and Tides.

A gentle study of an artist just going out and doing his thing.

Goldsworthy makes for a warm and charismatic travelling companion.

A pleasantly stripped back and non hyperbolic portrait of a working landscape artist.

If you’ve ever been out tramping in the English countryside, walking boots freshly slathered in Dubbin and a napsack filled with lightly bruised fruit, you’ll know that the highlights arrive when you stop and take a moment to drink in the bucolic splendour of the rolling landscape. Occasionally, you might notice some trace of human intervention; maybe some footsteps in the mud, or rubbish that has blown into a ditch, or perhaps a person has produced an ad hoc sculpture with the natural materials available to them.

The latter is an example of Andy Goldsworthy’s professional bread and butter. He is a softly-spoken nomad who prowls the countryside (and occasionally the city) looking to make a poetic intervention here or there. This can involve collecting up a handful of fallen leaves that are a certain vibrant hue of yellow and using them to decoratively wallpaper a series of artfully placed river rocks. Or it could be something bigger, like a giant rock sculpture that appears as if it was left on Earth by some visiting alien race.

Thomas Riedelsheimer’s film, Leaning into the Wind: Andy Goldsworthy, is refreshing in that it largely dispenses with hyperbolic backstory and the usual cultural commentators who are carted in to affirm the subject’s sublime genius status. Instead, the film attempts to capture the careful, often simple process of Goldsworthy’s creative habit, and as such becomes a kind of performance piece as much as it is a rich profile of a working artist. The man himself talks to the camera, sometimes with stilted of slightly fudged explanations of why he does with he does. And that’s okay, because what he does doesn’t really require explanation. The title references his symbiotic relationship with the natural world.

Structurally, the film is a scrappy assemblage of captured moments, from the man himself alone in nature doing what he loves best – laying on a rock and making snow angels when it rains – to bigger installation and sculpture projects. One performance element to his work involves clambering through bushes, which looks both uncomfortable and dangerous. One funny moment sees him emerge from a privet hedge on a busy high street in front of pedestrians who have chosen to use the pavement, and this side of his work does flaunt a concealed eccentric or exhibitionist streak in this mostly meek and self-conscious artist.

Another visitation with the artist featured in the 2001 film Rivers and Tides.

A gentle study of an artist just going out and doing his thing.

Goldsworthy makes for a warm and charismatic travelling companion.