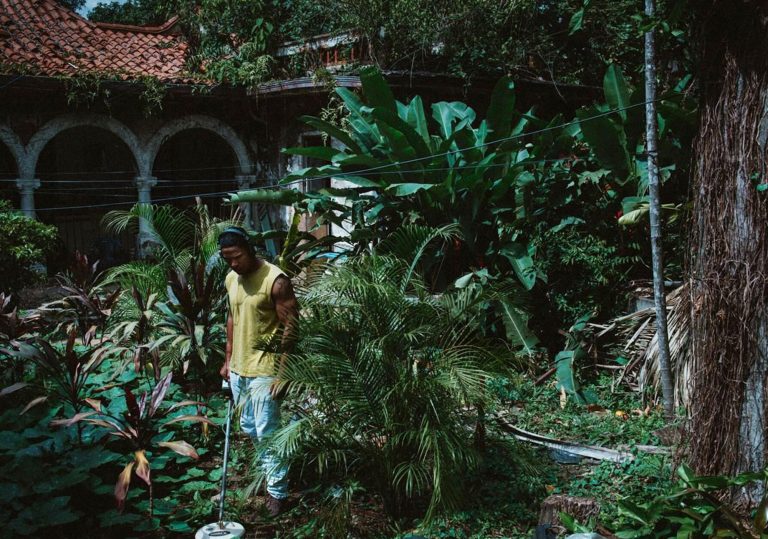 A doc-fiction hybrid on the current state of Venezuela.

Gains potency in the mind as a full-bodied portrait of a country in dangerous decline.

The image of crumbling concrete, desiccating into powder and falling into the wind, sits at the centre of Jorge Thielen Armand’s lilting lament for time’s inexorable onward march, La Soledad. In this case, however, the promise of restoration and renewal is notable by its absence, as this is a film which offers an intimate survey of a desperate Venezuelan underclass whose economic situation grows ever more dire by the day.

Amand doesn’t directly lambast his country’s geopolitical woes or make hyperbolic statements about a generation currently slipping through the gaping cracks of a society in need of a hard reboot. Instead, he takes a once-grand old house as his focus and monitors the lives of those who have adopted it as a tumbledown sanctuary. The building was once owned by Amand’s grandparents, but it now shelters a family descended from ageing maid Rosita who do their best not to expedite its destruction. But this is tough, as there’s the constant feeling that the whole place could cave in at any moment.

It is, in some ways, a hushed haunted house movie, as the ghosts of inhabitants past hang thick in the air and their physical presence can be felt in the pictures left hanging on the walls and in crumbling photo albums, abandoned by families past. In one strange scene Rosita’s grandson Jose inspects a wall which clearly has something living inside it. Later on, he is seen trying to make an honest buck the only way he knows how: by carefully scanning every inch of the overgrown grounds with a metal detector in search of buried treasure. What he eventually digs up offers a shocking reminder of how close he and his family are to death – a violent solution to ease their suffering.

In the background, wideboy locals blurt that it’s time to make rake in the dollars by kidnapping tourists, and there’s only so long that Jose can resist the temptation and abide by the rule of law. On the surface, La Soledad appears diplomatic and hopeful in its suggestion that there are still people in Venezuela who haven’t yet resorted to violence as a means of survival. However, as the rain falls and the buildings tumble, it’s only a matter of time before violence becomes a necessity rather than a last resort.

A doc-fiction hybrid on the current state of Venezuela.

Gains potency in the mind as a full-bodied portrait of a country in dangerous decline. 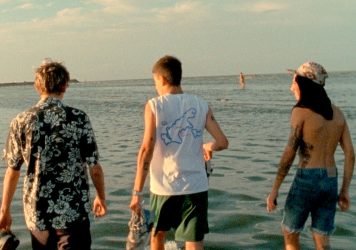