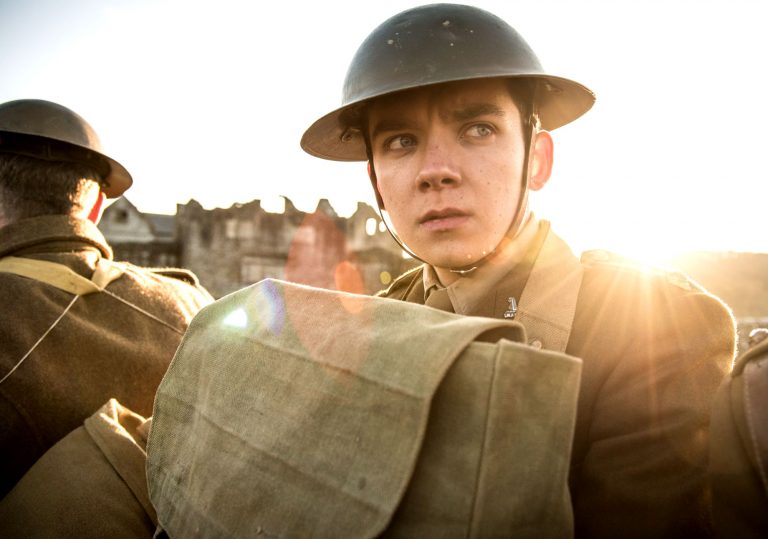 A warhorse stage play receives another big screen run out.

Solid, old fashioned, does exactly what it says on the tin.

It’s exactly the film you think it’s going to be – for better and for worse.

The grim realities of life in the World War One trenches is the subject of this rousing if unoriginal tale of soldiers on the edge of sanity.

One of the joys of watching The Simpsons is the delayed gratification of unlocking all of its obscure reference points. Years after you see an episode and chuckle at a surreal joke, some moment of happenstance will suddenly lead to a revelation, and the cultural reference will become apparent. The chain is complete. By the same rationale, fans of the forth (and best) series of beloved BBC sitcom Blackadder – the one set in the trenches of World War One – may want to catch up with this new version of Journey’s End, itself based on the hit 1928 stage play penned by ex-army officer RC Sherriff.

But where writers Ben Elton and Richard Curtis milk the agony of waiting for an imminent German attack for bawdy laughs in Blackadder, the original play offers up pure-brewed existential dread. It concerns a platoon of young men, frazzled and frayed due to their prior combat experiences, and having to face the brittle reality of their potential, probable slaughter from bullet, bayonet or bomb. As with Blackadder, this new handsome new feature version nudges a sense of confused pluck to the fore, as characters maintain the banal, back-slappy banter and refuse to accept that death is very much on their mud-n-blood caked doorstep.

The set-up plays like some torture porn horror movie: squadrons take turns at the front, each spending six days in the trenches in case the Bosch unleash fury on the British lines. Sam Claflin’s Captain Stanhope leads the charge from behind a bottle of ration-quality scotch and a whole mess of combat trauma. He’s holds it together just enough to keep his men in line, but in private he’s falling to pieces. New to the party is Asa Butterfield’s Raleigh who requested posting to Stanhope’s regiment with the knowledge of the risks it would entail. Paul Bettany’s stoical Osbourne is the only one who’s able to operate with a level head in the situation, and he becomes de facto moral arbiter between the old hand and the young pup.

Director Saul Dibb offers up a drab prestige treatment of the material, attempting as much as possible to make the story feel like an expansive film rather than a boxy play. Most of the big emotional set pieces take place in crumbling, dimly-lit dugouts with men engaged in discourse about the private torments of public warfare. The performances in general lack for subtlety, and feel like they would have been more at home in the immediacy of a theatre. Claflin especially perhaps reveals too much too soon, and his character doesn’t really have anywhere to go.

The film works when collecting together the details and the processes of army life: the meals; the hygiene; the temperament; the jobs; the ranking system; the communications; the squalor. Yet it lacks for original images and unique perspectives on this done-to-death subject and may feel overly familiar to anyone who’s caught a half decent war movie in their time. The film was originally intended for release in 2017 to mark the centenary of the War, but various legal snafus held it back to 2018. No bother, as its simple depiction of war as nonsensical and needlessly dangerous sport still holds fast.

A warhorse stage play receives another big screen run out.

Solid, old fashioned, does exactly what it says on the tin.

It’s exactly the film you think it’s going to be – for better and for worse.