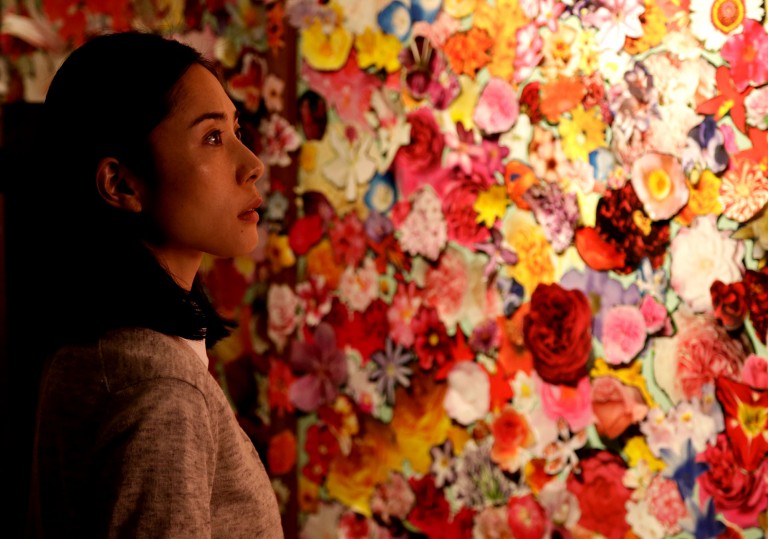 A neat concept, but dull as all hell.

Great claims are often made for the Japanese director Kiyoshi Kurosawa, and they often stem right back to his high-end techno chiller from 2001: Pulse. Yet, aside from his superb 2008 family melodrama, Tokyo Sonata, he’s a filmmaker who appears to have more off days than he does on.

So what of Journey to the Shore, his 2015 film which premiered to a cool response at the Cannes Film Festival? As a narrative proposition, it is admittedly both intriguing and inviting: what if someone remade Jerry Zucker’s Ghost, but without all the kissy-kissy soppiness and potter’s wheel-based love sessions? The answer, it sadly transpires, is that the result will be initially rather novel, but eventually crushingly tedious.

Eri Fukatsu’s Mizuki is a lonely piano teacher who doesn’t bat an eyelid when her husband (missing presumed dead) returns home as a ghost and, over a feast of freshly steamed dumplings, asks her to join him on an a bizarre metaphysical adventure across the countryside. Kurosawa abstains from using special effects, forcing the viewer to create the ghostly disconnect in their own mind. It’s an extremely bold filmmaking choice which places an admirable amount of trust in the hands of the audience, yet the director clearly feels that one radical gesture is more than enough for a single feature, and so the remainder settles for sentimental soap opera.

The lethargy sets in quickly with a prolonged and largely incident-free road trip in which questions about the husband’s spectral state are posed, and Mizuki gets to spend some time with a variety of lovably eccentric ghosts, all of whom are also trapped in an earth-bound limbo. Clichés of wrestling with grief and accepting the fate of deceased lovers are ushered in as trite answers to the questions that haven’t been asked, the film’s deathly dull second half suggests that the director had given up on trying to make things interesting.

A neat concept, but dull as all hell.