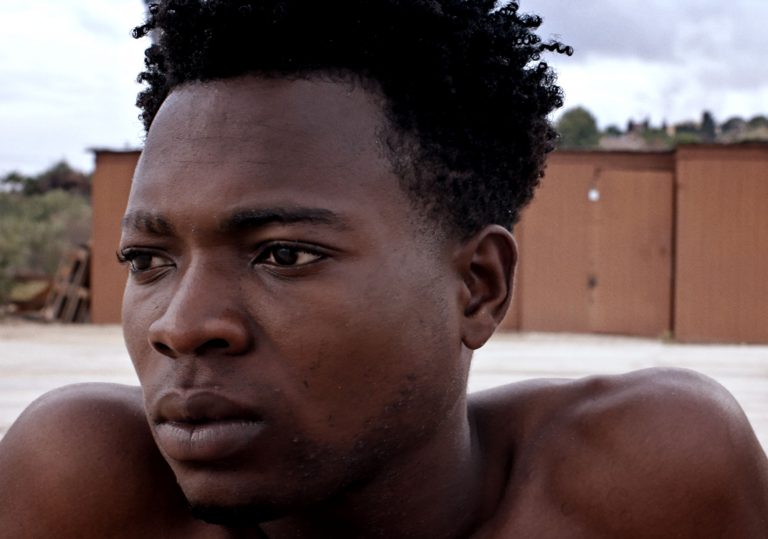 Is this the annoucement of a brave new voice in documentary filmmaking?

Depicts a Sicily of otherworldly beauty and tragedy.

A stunning but fleeting look at two lives bereft of purpose.

Michele Pennetta trains his camera on a young Nigerian migrant living in Sicily in this poetic docudrama.

Oscar is a mohawked Sicilian boy on the cusp of adulthood. Spending his days recovering metal with his brother and father to sell on to scrap metal merchants, he is the most common target of his father’s cruel sense of humour and seems jaded beyond his years.

Stanley is a Nigerian immigrant, recently awarded a coveted two-year visa to remain in Sicily. He is witty and spiritual but disappointed for how his life has turned out. “They tell you it’s easy to integrate but it’s a trap,” he tells his friend, “don’t listen to them, they’re liars.”

Over the course of Michele Pennetta’s ambling pseudo-documentary, little changes for either of our leads, and any parallels between their stories are never made explicit. Without context it would be impossible to distinguish it from a naturalistic scripted narrative: there are no interviews, narration or explicit thesis. There is very little dialogue or context given beyond a few brief conversations between their family and friends.

Long shots of Oscar riding his bicycle around the Sicilian hills are so seamless and quiet a camera’s presence seems impossible, nothing can be heard but the changes of gear and gusts of wind. The images have a rare beauty to them: the Sicilian scenery is at once idyllic and desolate, the churches are ostentatious but inviting and the golden coastline pristine but alienating. There is a particular poetry in the use of shadows that loom large behind Stanley like bad omens.

Both Stanley and Oscar are victims of their circumstances, bound by abusive parents and a dehumanising immigration system. Their melancholic languor both comments on Sicily and speaks to a universal ennui. For all of Il Mio Corpo’s dreamlike poetry, the film washes over you so gently it’s hard to engage with it fully, but in terms of pushing the boundaries of what documentaries can be its impression is everlasting.

Is this the annoucement of a brave new voice in documentary filmmaking?

Depicts a Sicily of otherworldly beauty and tragedy.

A stunning but fleeting look at two lives bereft of purpose.