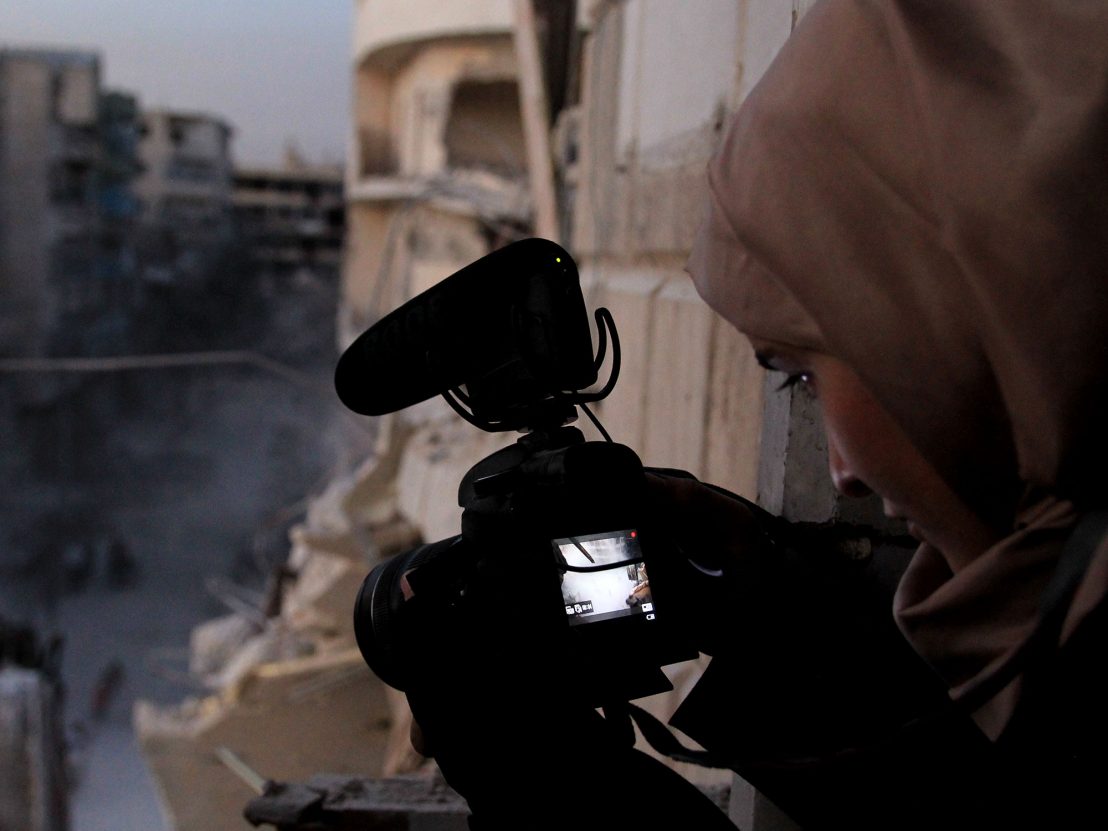 “There is no war in camps. But no peace, either. There’s a need for everything. And yet a desire for nothing.” Palestinian-Jordanian filmmaker Dina Naser’s haunting words draw a clear picture of life in Jordan’s Al Zaatari refugee camp, Tiny Souls. Children form the heart of her documentary: Marwa, an observant and mature nine-year-old, her feisty younger sister, Ayah, and their mischievous younger brother, Mahmoud. Even their liveliness can’t quite mask the limbo of refugeedom.

Another family, miles away in Syria, decide against this fate. For Sama by Waad al-Kateab and Edward Watts is a visual message from al-Kateab to her baby daughter Sama. An attempt to explain why she and her husband stay in Aleppo from 2012 to 2016 as the Assad regime bombards the city, urgency and determination propel her film – but so do love and vulnerability. It communicates universal fears, like a mother’s for her child’s future, without minimising the particular brutality of their situation. “What a life I’ve brought you into,” al-Kateab laments. “Will you ever forgive me?”

Far from mortal danger the children in Tiny Souls may be, but exile proves another kind of hardship. Naser documents young Marwa’s excitement as the refugee family move to an apartment in a Jordanian city. Looking out at the bustling night, Marwa happily declares she could almost be back home in Daar’a. But a few months later Naser finds the family has returned to Al Zaatari camp. “Life was too expensive in town,” Marwa tells us. “A kilogram of tomatoes cost a dinar and a half. It costs a quarter of a dinar here.”

The conflict rapidly matures children like Marwa into teenagers, and young adults into carers, parents and guardians. Throughout For Sama, it is easy to forget al-Kateab is in her twenties. She was in the forth year of studying for an economics degree when the revolution began in Aleppo in April 2012. Al-Kateab’s hand-held footage captures how youth demonstrations snowballed into mass civil resistance. The state’s systematic retaliation from 2013 onwards took the form of massacres, aerial bombing and chlorine gas.

Al-Kateab’s future husband, Hamza, is a new doctor and fellow activist; working together every day under harrowing circumstances, the two eventually marry and attempt to make a home in the briefly rebel-held Aleppo. By the time Sama is born in January 2016, her father delivering her in a hospital bomb-proofed with sandbags, the future of the revolution is looking bleak. When Russian forces demand the surrender of the remaining civilians in the city, Al-Kateab, Dr Hamza, and their friends and neighbours eventually agree. One snowy morning, they leave Aleppo with heavy hearts. 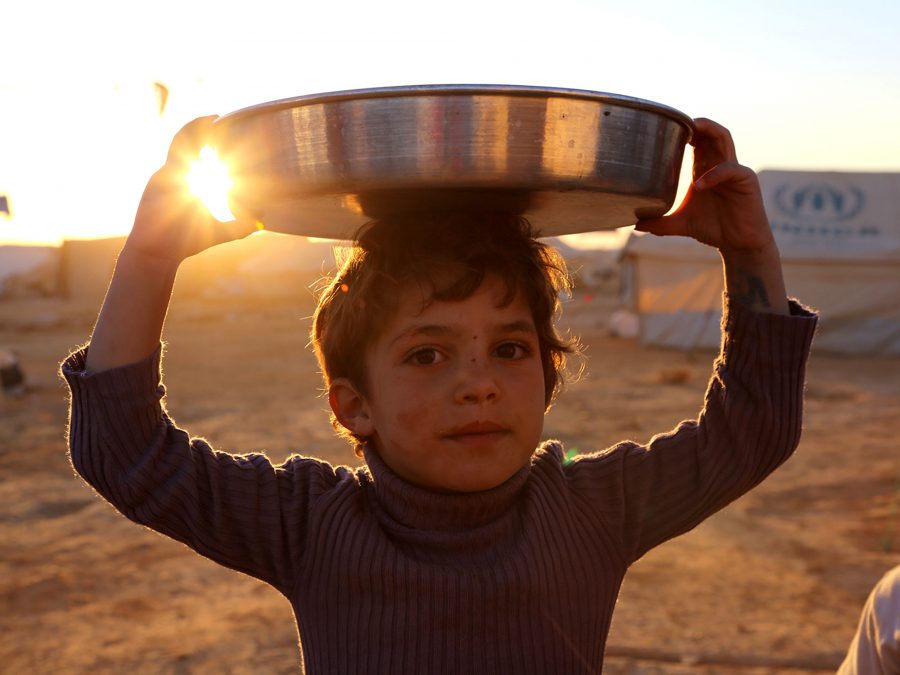 As Tiny Souls is not autobiographical, it opts for a method that mirrors For Sama’s first-person intimacy; Naser leaves a camera with the children. Their endearing, impromptu footage shows off their games, diverse personalities, and knacks for storytelling. But these are rare moments of levity: food and water security demands their constant attention. At one point, UNICEF tells the family they will only deliver water when they have a surplus, as their street is not a “designated refugee area”.

When the Jordanian police visit their older brother, wrongfully suspecting him of being a young Al-Nusra or ISIS recruit, the family’s fate is sealed. The brother is questioned and Marwa’s family is eventually deported from Al Zaatari camp back to Syria. Naser is too late to say goodbye to the children; she picks up their final tape from a neighbour.

Tiny Souls restores narrative agency to the most disenfranchised – refugee children – in a quietly powerful way. The girls film themselves, and interact with Naser naturally: the result is a unique window into their world via gesture, composition and portraiture. For Sama, in contrast, is citizen journalism that does not flinch from explicit images of human carnage, child victims included. It candidly illustrates how war shifts circumstances in a heartbeat, as well as how people and places can endure. Al-Kateab realises her camera is her best weapon of activism, and feels duty-bound to record the trajectory of the uprising at great personal risk.

These two striking films remind us that bearing witness is a defiant act. Harnessing both the poetic and journalistic powers of documentary For Sama and Tiny Souls capture the experience of one brutal, ongoing conflict through its two locations – the home being fought for, and the exile endured for safety. “The people I filmed will never leave me,” al-Kateab concludes. “If I could rewind, I would do exactly the same.”

For Sama and Tiny Souls will screen at the Sheffield Doc/Fest, which runs 6-11 June.