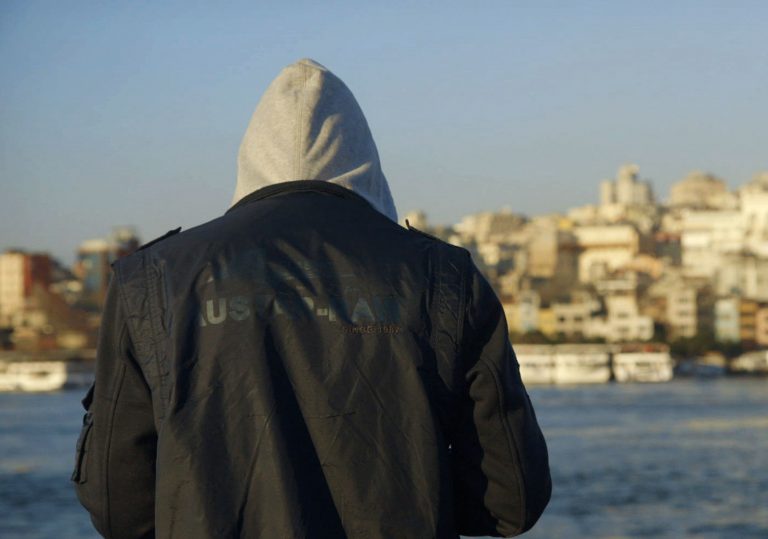 A doc about ISIS in Syria? Can’t we just have the electrodes to the nipples instead?

Understandably harrowing at times, but the film brings us that bit closer to real, relatable people caught up in the carnage.

Oh God, more carnage from Syria… Does it make you a bad person to feel somewhat daunted by this new feature doc? The ongoing geopolitical clusterfuck over there is so brutal, so intractable, so seemingly hopeless, that our compassion glands and outrage muscles are more or less worn out by now.

That’s the major obstacle faced by any filmmaker trying to stimulate the conscience of an international audience. By showcasing the plight of a group of endangered citizen journalists from ISIS-occupied Raqqa, however, director Matthew Heineman gets through the blasé barrier by connecting to the humanity of a group of ordinary individuals caught up in an utterly inhuman situation.

Some history first. Once, this city on the Euphrates was a pleasant, hospitable place, but in 2012 it became a centre for pro-democracy protests against the Assad regime, galvanising even previously non-political folk to take to the streets. Cue a violent crackdown by the Syrian military, followed by the city’s ISIS takeover – presenting themselves as liberators who’d free the people from tyranny.

Well, we now know how that turned out, as ISIS made Raqqa into a fear-ridden holding pen marked by poverty and deprivation. The only story reaching the outside world, however, was the ISIS propaganda version, until a group of students and teachers – everyday types who’d previously been pro-democracy supporters – decided to show what was really happening on the streets. So, at great personal risk, they shot video and posted pictures on Facebook and Twitter under the moniker ‘Raqqa is Being Slaughtered Silently’.

Much of what they revealed ended up in the international media, and as such their endeavours fit in with the overall post-Arab Spring narrative of citizen empowerment through smartphone and internet technology, and of course the wider war of ideas being waged online. Here ISIS purveys its slick Hollywood-style recruitment videos and RBSS counters with the ugly truth of life inside the caliphate.

As in his previous offering, the US- Mexican border chronicle Cartel Land, director Heineman clearly gains the trust of his subjects, and shows the emotional toll behind the sadly too-familiar images of carnage. When one of the team is captured, tortured and publicly executed by ISIS, it’s time for Aziz, Mohamed and compadres to ship out of Raqqa and keep the multimedia flowing from Turkey and Germany while still receiving daily reports from brave reporters inside the occupied city.

As the team sit tapping away on screens, they seem pretty much like you or I, except that ISIS videos feature their actual family members being killed on camera in revenge. For all the horrors on display, it’s the immediate intimacy of tears being shed for their loved ones, as well as the debilitating stress of living under constant death threats, which really hit home. As we register the suffering and the resilience of these reluctant heroes while keeping faith with truth and justice as the incalculable turmoil continues, it puts a human face, a point of contact, on the often overwhelming enormity of Syria’s national tragedy.

A doc about ISIS in Syria? Can’t we just have the electrodes to the nipples instead?

Understandably harrowing at times, but the film brings us that bit closer to real, relatable people caught up in the carnage.